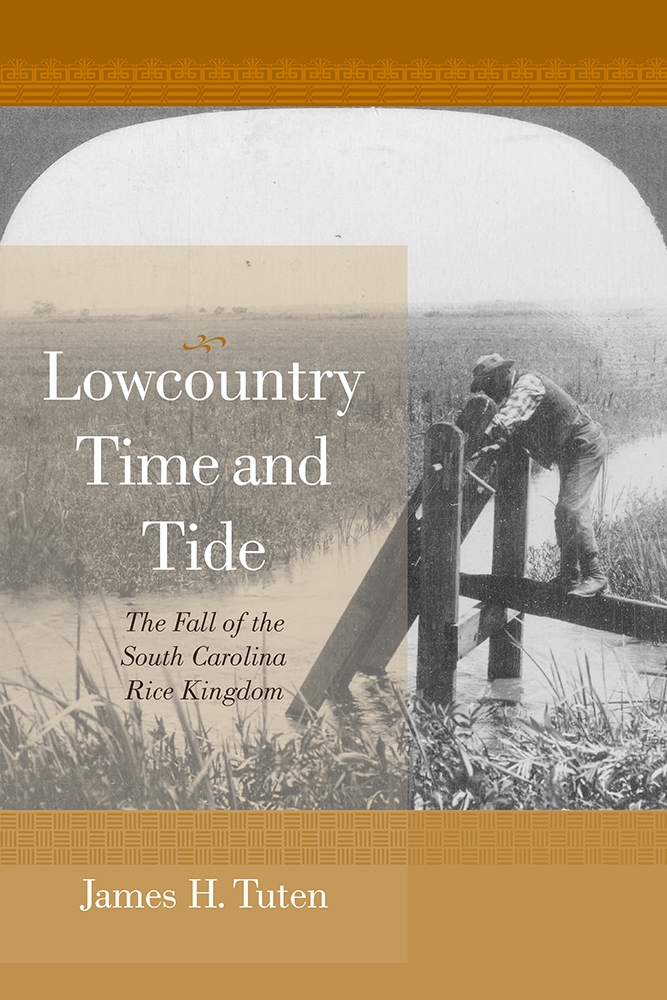 The Fall of the South Carolina Rice Kingdom

In mapping the slow decline of the rice kingdom across the half-century following the Civil War, James H. Tuten offers a provocative new vision of the forces—agricultural, environmental, economic, cultural, and climatic—stacked against planters, laborers, and millers struggling to perpetuate their once-lucrative industry through the challenging postbellum years and into the hardscrabble twentieth century.

Concentrating his study on the vast rice plantations of the Heyward, Middleton, and Elliott families of South Carolina, Tuten narrates the ways in which rice producers—both the former grandees of the antebellum period and their newly freed slaves—sought to revive rice production. Both groups had much invested in the economic recovery of rice culture during Reconstruction and the beginning decades of the twentieth century. Despite all disadvantages, rice planting retained a perceived cultural mystique that led many to struggle with its farming long after the profits withered away. Planters tried a host of innovations, including labor contracts with former slaves, experiments in mechanization, consolidation of rice fields, and marketing cooperatives in their efforts to rekindle profits, but these attempts were thwarted by the insurmountable challenges of the postwar economy and a series of hurricanes that destroyed crops and the infrastructure necessary to sustain planting. Taken together, these obstacles ultimately sounded the death knell for the rice kingdom.

The study opens with an overview of the history of rice culture in South Carolina through the Reconstruction era and then focuses on the industry's manifestations and decline from 1877 to 1930. Tuten offers a close study of changes in agricultural techniques and tools during the period and demonstrates how adaptive and progressive rice planters became despite their conservative reputations. He also explores the cultural history of rice both as a foodway and a symbol of wealth in the lowcountry, used on currency and bedposts. Tuten concludes with a thorough treatment of the lasting legacy of rice culture, especially in terms of the environment, the continuation of rice foodways and iconography, and the role of rice and rice plantations in the modern tourism industry.


A lowcountry native, James H. Tuten worked on Hobonny Plantation in Beaufort County, South Carolina, during his college years. Tuten is an associate professor of history and former assistant provost at Juniata College in Huntingdon, Pennsylvania. He is the founder of H-SC, an H-Net discussion list on the history and culture of South Carolina, and he has published widely on topics of southern history in a number of magazines, journals, newspapers, and encyclopedias.

"James H. Tuten's Lowcountry Time and Tide is the richest and most complete study ever written on the decline and ultimate demise of the South Carolina rice industry. Tuten's broadly cast, deeply researched, and gracefully written book at once fills a large gap in the literature and provides important new insights into the history and legacy of rice culture in coastal South Carolina. In so doing, Lowcountry Time and Tide immediately takes its place among the indispensable books on the subject."—Peter A. Coclanis, Albert R. Newsome Distinguished Professor of History, University of North Carolina at Chapel Hill