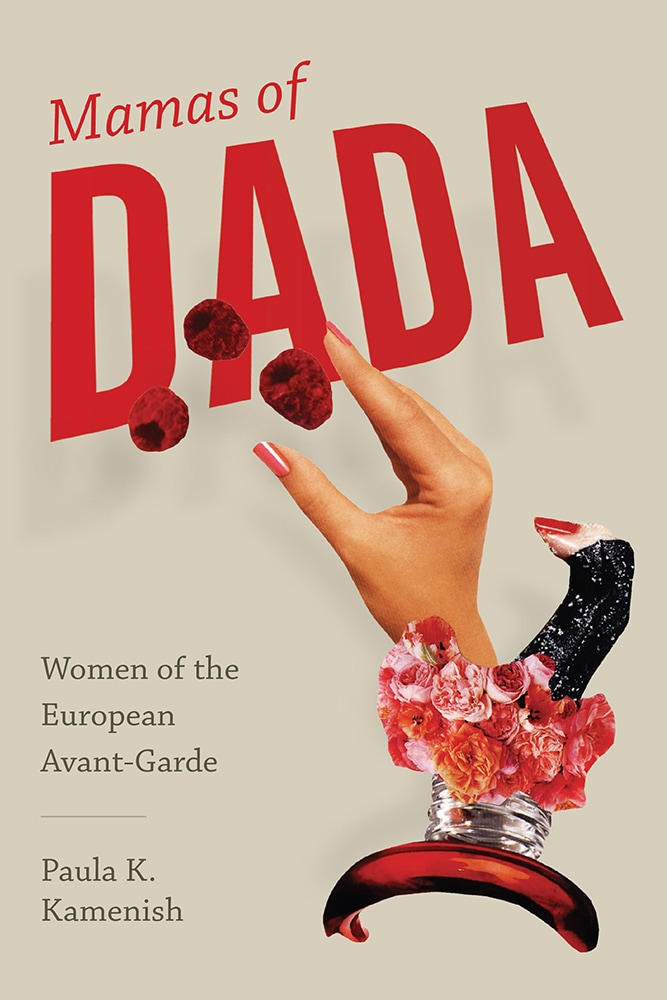 Women of the European Avant-Garde

Mamas of Dada focuses on the lives and works of six representative female supporters of the Dada movement: Emmy Hennings, Gabrielle Buffet, Germaine Everling, Céline Arnauld, Juliette Roche, and Hannah Höch. Paula K. Kamenish selected these women for their avant-garde pursuits in the chief centers of Dada's rebellious activity and, more important, because they left behind a written record of their involvement with the movement, which was short lived—from 1916 to 1924—but widespread geographically.

The rebellious spirit of the Dada period proved portable and adaptable, and the movement led to later forms of surrealism at the same time that it borrowed from Expressionism, Constructivism, Futurism, and Cubism. Its influence was felt on sculpture, painting, dance, music, textile art, film, decoupage, photomontage, mask making, and poetry.

Some female Dadaists were active participants—appearing in literary journals, on stage, or in galleries—while others were observant and recording witnesses, but each played a role in supporting the movement and its more prominent members. Female Dadaists motivated the hesitant Hugo Ball, tempered the mechanical Francis Picabia, and nurtured the inventive but temperamental Raoul Hausmann. Some women inspired or gave a home to a wandering Tristan Tzara, while another provided a satiric chastisement of Dadaists in New York, Barcelona, and Paris. Each woman helps us chronicle and better understand Dada's European (and sometimes American) manifestations.

Unlike their Futurist and Surrealist sisters, whose contributions were grudgingly accepted by male artists and writers, female Dadaists were able to join more readily in the movement's unified attack on social norms. And, because of their individual talents and insights, they did so in ways that were often quite different from methods adopted by their male counterparts.


Paula K. Kamenish is an associate professor of English at the University of North Carolina Wilmington. She received her university's Board of Trustees Award for Teaching Excellence and has published articles on Bertolt Brecht, Jean Genet, Eugène Ionesco, Quebecois novelist Roch Carrier, the fate of South Slavic poetry, and best practices in teaching.

"Mamas of Dada is a unique contribution to the growing literature on women in Dada. Each of Kamenish's portraits skillfully combines biography with close reading of a few key works, while simultaneously revealing the vital role these women played in the international dissemination of Dada. The author thus convincingly places these women not on Dada's periphery, but at the very center of the movement."—Timothy Shipe, curator, International Dada Archive, University of Iowa Libraries

"Professor Kamenish swings wide the doors, opening our access to a fuller understanding of the richness and complexity of Dada. Made visible are the significant roles of six female contributors, each bringing something vital to Dada. Short lived, Dada pushed against societal norms, and Kamenish constructs a picture of its contributors (female and male) sharing in its travails - victories and defeats."—James W. W. McManus, emeritus professor of art history, California State University, Chico