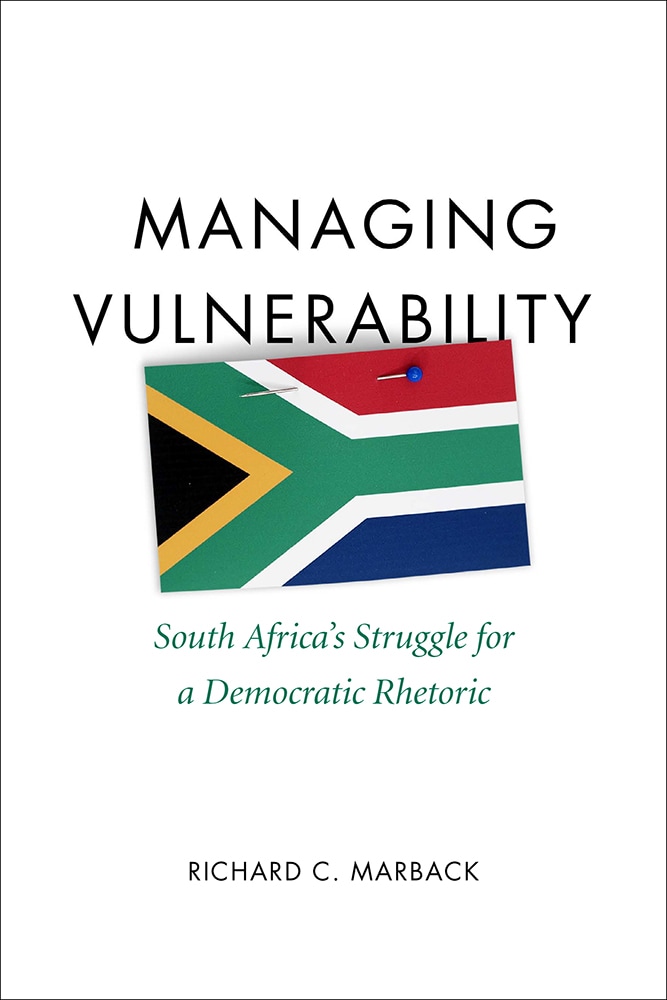 In Managing Vulnerability, Richard C. Marback analyzes the tension surrounding the transition from apartheid to democracy in South Africa through a rhetorical lens. Marback studies the heart of South Africa's desire for reconciliation and contends that this goal could be achieved only through the creation of a language of vulnerability in which former enemies become open to the influence of each other, to the constraints of their respective circumstances, and to the prospects of a shared future. Through a series of informative case studies, Marback illustrates how the cultivation of openness and the management of vulnerability take shape through the circulation of artifacts, symbols, and texts that give empowering expression to virtues of connectedness over the temptations of individual autonomy.

Marback discusses the construction and impact of the narrative tours of Robben Island, the silencing of Robert Sobukwe, the debates over a proposed Freedom Monument, a brief gesture of ubuntu from Pumla Gobodo-Madikizela to Eugene de Kock, and the transformation of the title character in the film adaptation of the 1980 novel Tsotsi. Ultimately, Marback contends, finding a means to manage vulnerability is both the immediate success of and the ongoing challenge to South African democracy and is indicative of the nature of rhetoric in democracies in general and in contemporary civic life.

Richard C. Marback is a professor of English at Wayne State University in Detroit. He is the author of Plato's Dream of Sophistry.

"Through critical and sensitive reflections on a series of South African rhetorical artifacts, Richard C. Marback's Managing Vulnerability makes an elegant argument for the intrinsic place of vulnerability in the struggle for democracy, particularly in South Africa, and the role of rhetoric in managing that vulnerability. Marback approaches the subject with a distinctive voice and a sure hand, making an original contribution to rhetorical understanding of South Africa's struggle for democracy."—Dr. John B. Hatch, Associate Professor of Communication Studies, Eastern University, and author of Race and Reconciliation: Redressing Wounds of Injustice