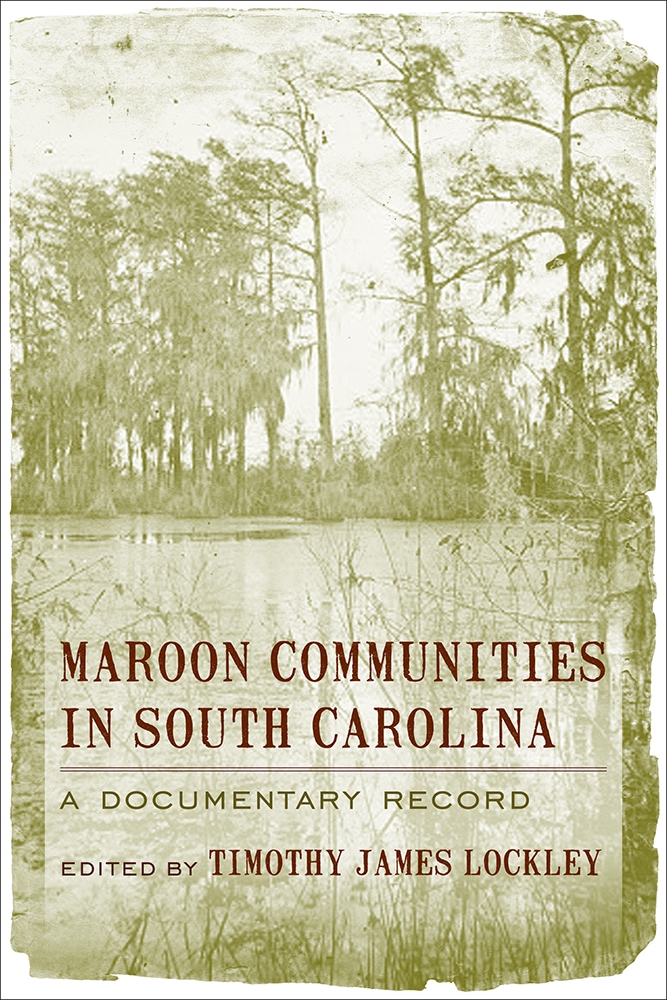 Maroon communities were small, secret encampments formed by runaway slaves, typically in isolated and defensible sections of wilderness. The phenomenon began as runaway slaves, unable to escape to safe havens in sympathetic colonies, opted instead to band together for survival near the sites of their former enslavement. In this first survey of documentary records of marronage in colonial and antebellum South Carolina, Timothy James Lockley offers students and scholars of history an opportunity to assess the unique features and trends of the maroon experience in the Palmetto State.

South Carolina's maroon communities were typically formed in dense swamps where self-contained communities could remain hidden beyond the commercial interests of white society, game could be hunted, lands could be adapted for farming, and plantations could be reached if needed for raiding and trading. Marronage was a persistent problem for planter society in that its success left fully formed runaway-slave camps within striking distance of white communities and interactions between these two worlds were often violent. In addition maroons often maintained ties to enslaved African Americans on their former plantations, creating a web of community that operated outside of white control. Lockley surveys eighteenth- and early-nineteenth-century historical sources gathered from newspaper reports, court proceedings, government and military records, correspondence, and reward advertisements to illustrate the efforts of white South Carolinians to locate maroon communities, defend against raiding parties, and kill or capture runaways living in these societies. Lockley organizes these documents chronologically, dealing first with the origins of marronage, then with two surges in maroon activity just before and just after the American Revolution. After a lull in marronage at the start of the nineteenth century, a final swell occurred during the 1820s.

These primary documents are augmented by eight maps and by Lockley's introduction and afterword, which place the maroon societies of South Carolina in the larger context of marronage in other regions of the New World.


Timothy James Lockley is an associate professor of history at the University of Warwick, England, and a specialist in history of the American South. He is the author of Welfare and Charity in the Antebellum South and Lines in the Sand: Race and Class in Lowcountry Georgia, 1750–1860 and coeditor with Catherine Armstrong and Roger Fagge of America in the British Imagination.