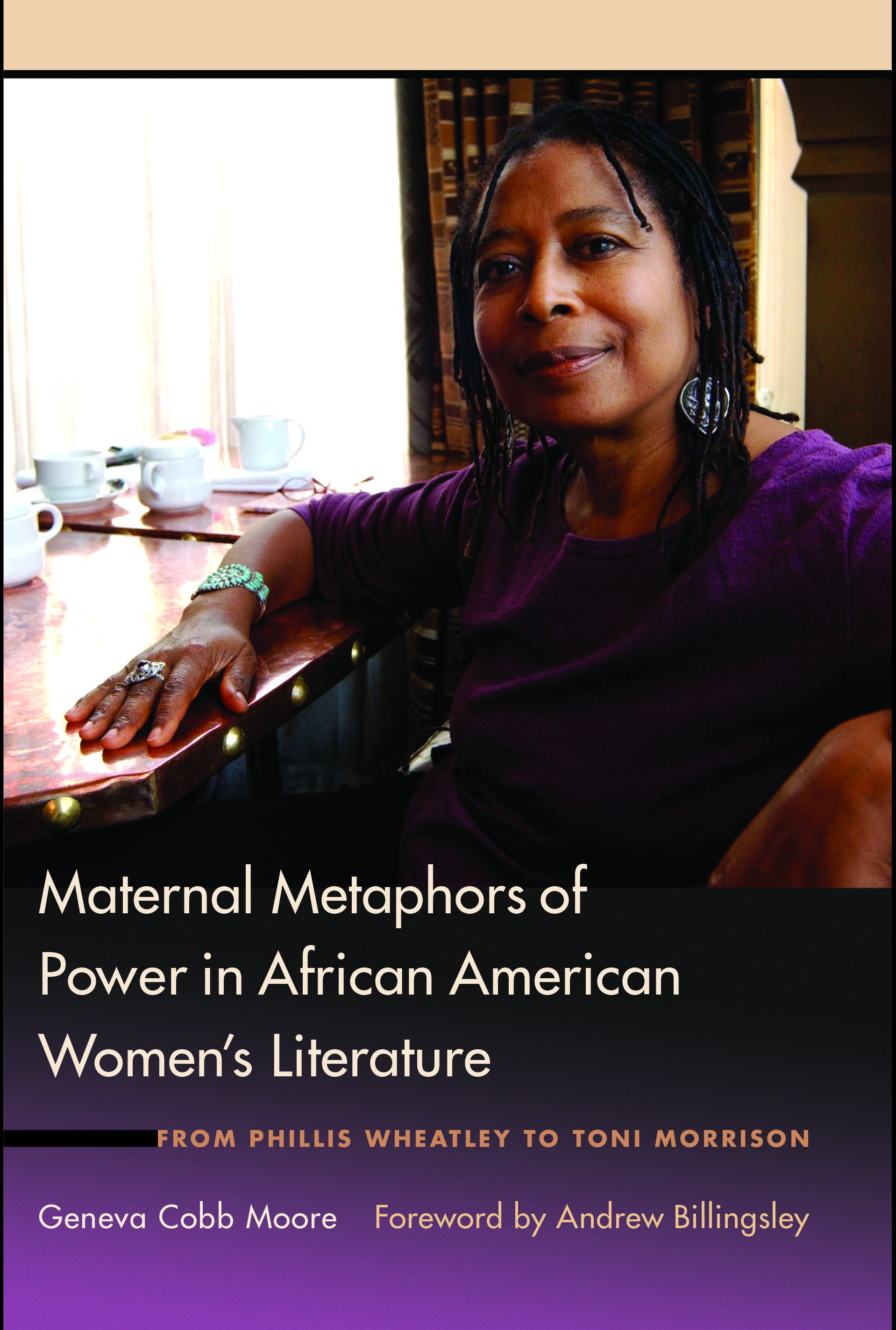 From Phillis Wheatley to Toni Morrison

Geneva Cobb Moore deftly combines literature, history, criticism, and theory in Maternal Metaphors of Power in African American Women's Literature by offering insight into the historical black experience from slavery to freedom as depicted in the literature of nine female writers across several centuries.

Moore traces black women writers' creation of feminine and maternal metaphors of power in literature from the colonial-era work of Phillis Wheatley to the postmodern efforts of Paule Marshall, Alice Walker, and Toni Morrison. Through their characters Moore shows how these writers re-created the identity of black women and challenge existing rules shaping their subordinate status and behavior. Drawing on feminist, psychoanalytic, and other social science theory, Moore examines the maternal iconography and counter-hegemonic narratives by which these writers responded to oppressive conventions of race, gender, and authority.

Moore grounds her account in studies of Wheatley, Harriet Jacobs, Charlotte Forten Grimké, Jessie Fauset, Nella Larsen, and Zora Neale Hurston. All these authors, she contends, wrote against invisibility and powerlessness by developing and cultivating a personal voice and an individual story of vulnerability, nurturing capacity, and agency that confounded prevailing notions of race and gender and called into question moral reform.

In these nine writers' construction of feminine images—real and symbolic—Moore finds a shared sense of the historically significant role of black women in the liberation struggle during slavery, the Jim Crow period, and beyond.

A foreword is offer by Andrew Billingsley, a pioneering sociologist and a leading scholar in African American studies.


Geneva Cobb Moore is a professor of English, women's and gender studies, and race and ethnic studies at the University of Wisconsin–Whitewater. She is a former Fulbright scholar at the University of Ghana in West Africa and received grants and awards from the Andrew W. Mellon Foundation and the National Endowment for the Humanities. She has published articles on Phillis Wheatley, Harriet Jacobs, Charlotte Forten Grimké, Zora Neale Hurston, Toni Morrison, Alice Walker, and other writers. An adviser to Gale's Literature of Autobiographical Narrative, Moore has been a reviewer for Auto/Biography Studies.

"Black women are the life force of planet Earth. They have continued forward without permission since the universe began. In the midst of violence and brutality, against them and others like them, they began to write and chronicle their extraordinary and inconceivable journey. Their words, carefully plucked and precisely laid down over generations, in both salt and blood, saved them and the rest of humanity. Geneva Cobb-Moore's brilliant treatise investigating the specific language of black women writers is a jewel of a manifesto, greatly attesting to their power, human beings who find the annihilation of truth and beauty unacceptable."—Nikky Finney, John H. Bennett, Jr. Chair in Creative Writing and Southern Letters, University of South Carolina

"A work brimming with new insights about the intersection of biography, literature, and history. Geneva Cobb Moore makes a compelling case for what she calls feminine and maternal metaphors of power in African-American women's writings—the image of the black female body as a site of regeneration, freedom, and beauty."—Jacqueline Jones, Mastin Gentry White Professor of Southern History and Walter Prescott Webb Chair in History and Ideas, University of Texas at Austin

"This work places the literary writings of influential and intellectual black women in their historical times, uniquely combining history and literature or presenting literature as history. . . . The ambition of this examination opens up a Pandora's box of American history and the tragedy and transformation of African Americans. Enslaved and freed and perpetually existing in a state of rediscovering the meaning of freedom, its restrictions, and its possibilities, African Americans offer a different narrative on history from the one constructed by the mainstream media and the general society, as this book illuminates."—Andrew Billingsley, from the foreword