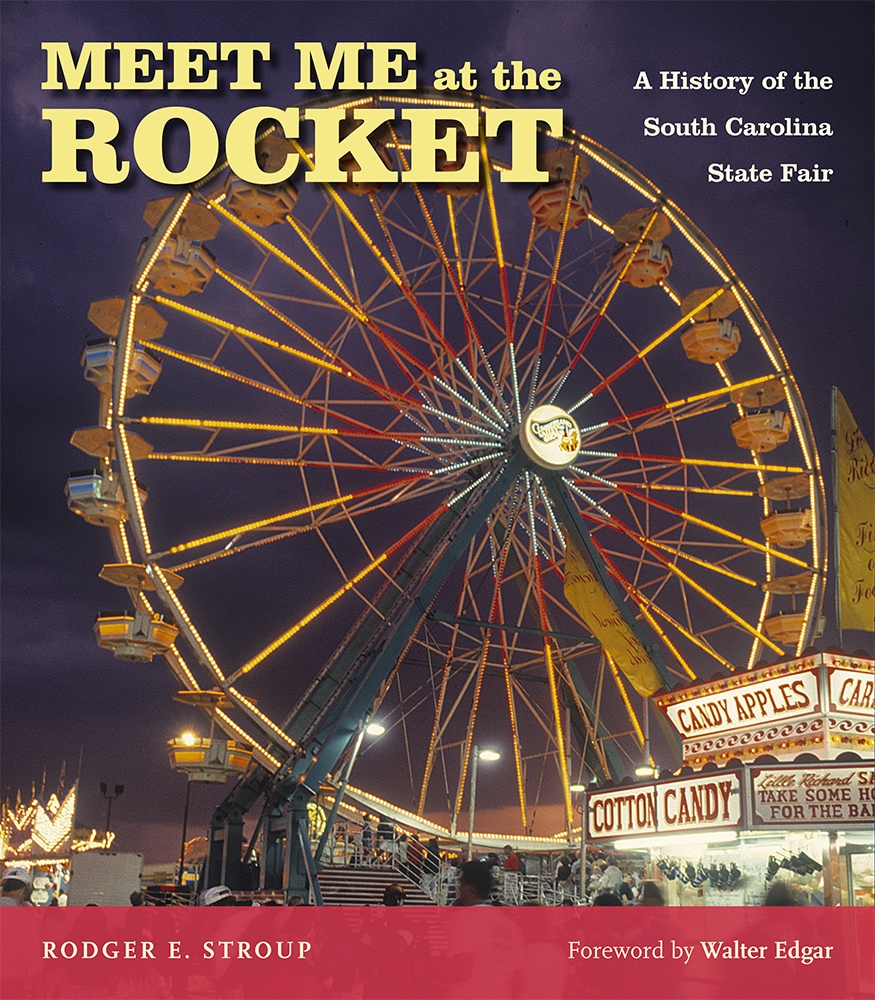 Meet Me at the Rocket

A History of the South Carolina State Fair

Who doesn't love the bustle and jangle, the smells, the sounds, the energy, and the tastes of a lively state fair? In this fast-changing world, keeping any endeavor alive and thriving for 150 years is an accomplishment, but the South Carolina State Fair has met any challenges with doggedness, determination, and flair.

In the early 1700s South Carolinians were gathering to exchange information about crops and livestock, and small rural fairs were held, enhanced by horse racing, raffles, and other diversions to draw in the populace. The State Agricultural Society of South Carolina was founded in 1839 and held its first annual fair and stock show in November of the following year. In 1869 the State Agricultural and Mechanical Society of South Carolina was founded to revive the fair and has presented a fair in every year except 1918. The South Carolina State Fair has a long and storied history from those early days to its current "meet me at the rocket" days. Those initial fair goers would have been astonished to see the rocket, a Jupiter intermediate-range ballistic missile, greeting them as they arrived on the grounds.

The long story of the fair is inextricably bound to the history of South Carolina, of course, and indeed the history of the United States. Stroup ably weaves many strands together through archival records, newspaper reports, anecdotes (have you heard about the "Schara-mouche-Dance by a person from London?") and vintage artifacts, illustrations, paintings, and photographs from the fair's inception to the present. The fair has been an admixture of serious agricultural and animal husbandry and pure entertainment—the scandalous as well as the wholesome, and Stroup investigates them all, from the "Colored State Fair" to the infamous "girlie shows" to the prizes won for livestock—and touches on characters as diverse as Preston Brooks and Seabiscuit.

As lively and entertaining as a state fair itself, Meet Me at the Rocket is as thorough a history of an important state institution as can be found. Buy a cotton candy, visit the exhibits, ride the merry-go-round, and enjoy this singular exploration of South Carolina's agriculture and industry, its science and art and history.

"In Meet Me at the Rocket, Rodger Stroup has done an excellent job of exploring the cultural, social, and economic history of the South Carolina State Fair and fairs throughout the state. In doing so he has provided insight into a phenomena experienced and enjoyed by South Carolinians for generations."—W. Eric Emerson, director of the South Carolina Department of Archives and History

"Masterfully authored, Meet Me at the Rocket is an enlightening and entertaining exploration into one of the Palmetto State's most enduring and endearing institutions. Facts, fascinating stories and compelling illustrations result in a must-read story that will leave you pining for the annual fall rite of passage for all South Carolinians."—John Sherrer, director of cultural resources, Historic Columbia

"Stroup has written much more than an institutional history. He sets the South Carolina State Fair in the broader context of South Carolina History.... It will be a welcome addition to my bookshelf."—Walter Edgar, from the Foreword