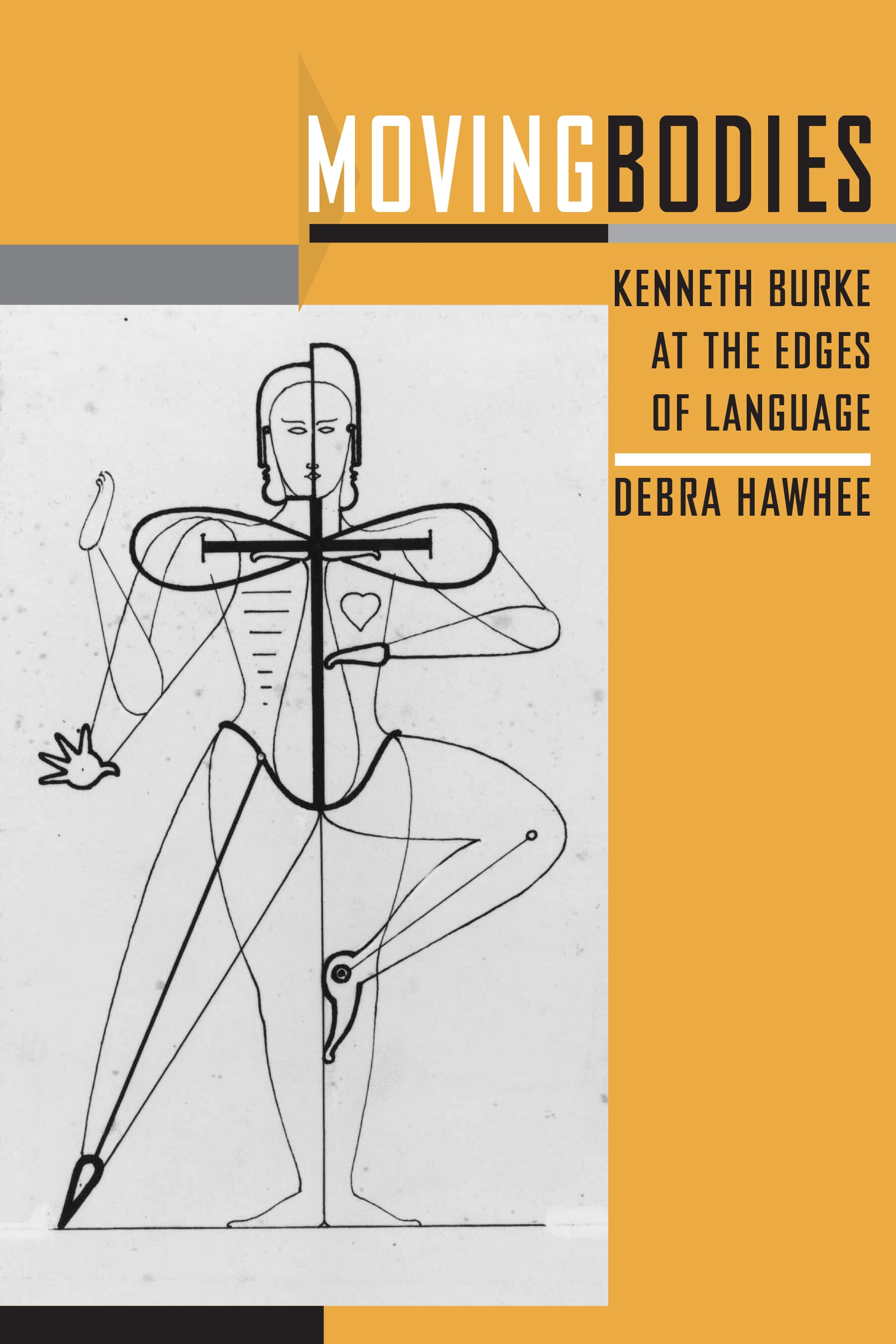 Kenneth Burke at the Edges of Language

Kenneth Burke may be best known for his theories of dramatism and of language as symbolic action, but few know him as one of the twentieth century's foremost theorists of the relationship between language and bodies. In Moving Bodies, Debra Hawhee focuses on Burke's studies from the 1930s, 40s, and 50s while illustrating that his interest in reading the body as a central force of communication began early in his career.

By exploring Burke's extensive writings on the subject alongside revealing considerations of his life and his scholarship, Hawhee maps his recurring invocation of a variety of disciplinary perspectives in order to theorize bodies and communication, working across and even beyond the arts, humanities, and sciences.

Burke's sustained analysis of the body drew on approaches representing a range of specialties and interests, including music, mysticism, endocrinology, evolution, speech-gesture theory, and speech-act theory, as well as his personal experiences with pain and illness. Hawhee shows that Burke's goal was to advance understanding of the body's relationship to identity, to the creation of meaning, and to the circulation of language. Her study brings to the fore one of Burke's most important and understudied contributions to language theory, and she establishes Burke as a pioneer in a field where investigations into affect, movement, and sense perception broaden understanding of physical ways of knowing.


Debra Hawhee is a professor of English at Penn State University. She is the author of Bodily Arts: Rhetoric and Athletics in Ancient Greece and coauthor of Ancient Rhetorics for Contemporary Students.

"Praise to this significant critical addition to the literature on Burke and to its depth of understanding of the divergent philosophical foundations of rhetoric. Highly recommended."—Choice

"Hawhee is one of the most significant scholars of rhetoric today, and Burke is one of the most significant in history. Body studies is not new; yet, it remains one of the most compelling transdisciplinary approaches to examining nature, culture, communication, belief, vulnerability, and pleasure. The type of body biography Hawhee performs in Moving Bodies signals a worthwhile trend—one that continues to teach us what we miss when we rigidly compartmentalize bodies and minds, theory and practice, affect and politics, individual health and collective attitudes, people and ecology, and the sciences and the humanities. This book will move you."—Phaedra C. Pezzullo, Indiana University, and author of Toxic Tourism: Rhetorics of Travel, Pollution, and Environmental Justice

Winner of the Diamond Anniversary Award of the National Communication Association