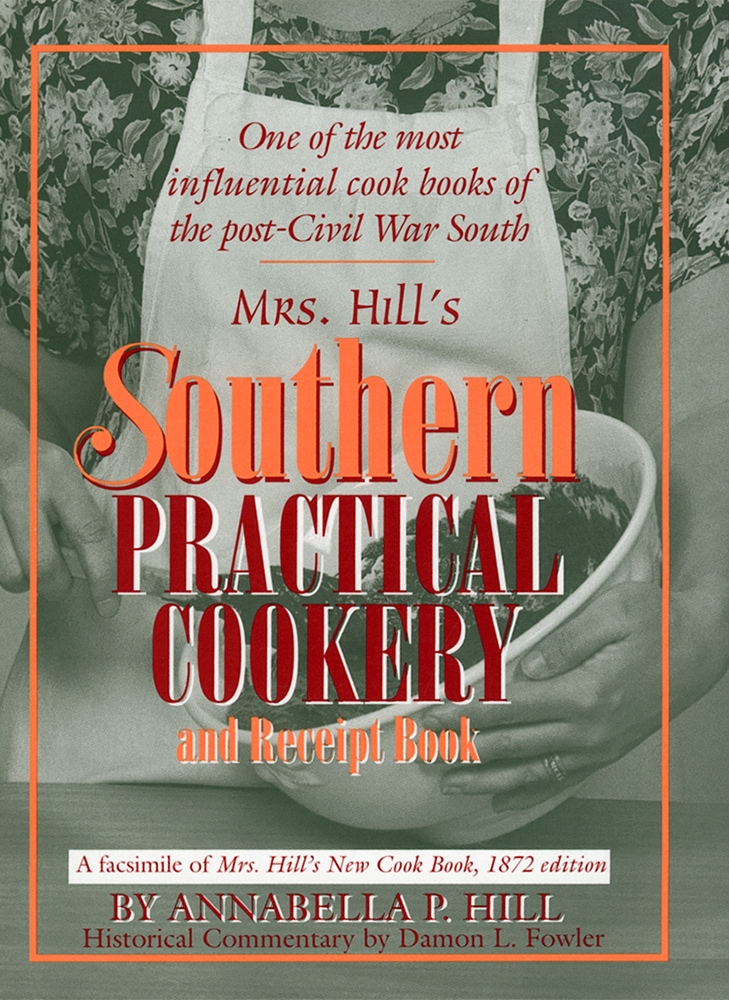 One of the most influential cooking primers of the Old South

Originally published in 1867 as Mrs. Hill's New Cook Book this encyclopedic treasury of recipes, cooking advice, and household hints brims with insight into the culinary heritage of the South in general and Georgia in particular. With its return to print, the charming volume revises popular legends about the food ways of the Old South, revealing both the bounty of the Southern table and the expertise of the Southern cook.Annabella P. Hill (1810-1878), a socially prominent woman whose rural Georgia kitchen centered on an open fireplace, records the end of an age in American culinary history and adroitly chronicles the cookery of the South. She proves that nineteenth-century Southerners ate a veritable smorgasbord and that rural Southern cooks were more cosmopolitan in their culinary knowledge than has been previously thought. Many of the instructions here—including those for blending and roasting coffee beans—remain pertinent for the contemporary gourmand. To this portrait of Southern gastronomy, Damon L. Fowler adds a biographical sketch of Hill, an explanation of the customs that shaped her writings, and a glossary to assist in translating these time-honored recipes to the modern kitchen.

Damon L. Fowler is a culinary historian and the author of six cookbooks, including Dining at Monticello, Classical Southern Cooking and the Savannah Cookbook.

Annabella P. Hill (1810–1878) raised six children and managed a household that included as many as ten boarders in LaGrange, Georgia. She also served as the principal of the Orphan's School and published a biography of her brother entitled The Life and Services of Rev. John E. Dawson, D.D.

"One of the best of the recent spate of historical cookbook reprints. A lengthy introduction by Damon L. Fowler displays impressive research, not only on the book and its author, but on cookbooks of that era."—Register of the Kentucky Historical Society

"A wonderful work...that belongs in the library of anyone having any interest in American food and its history."—Karen Hess, culinary historian and author of The Carolina Rice Kitchen: The African Connection