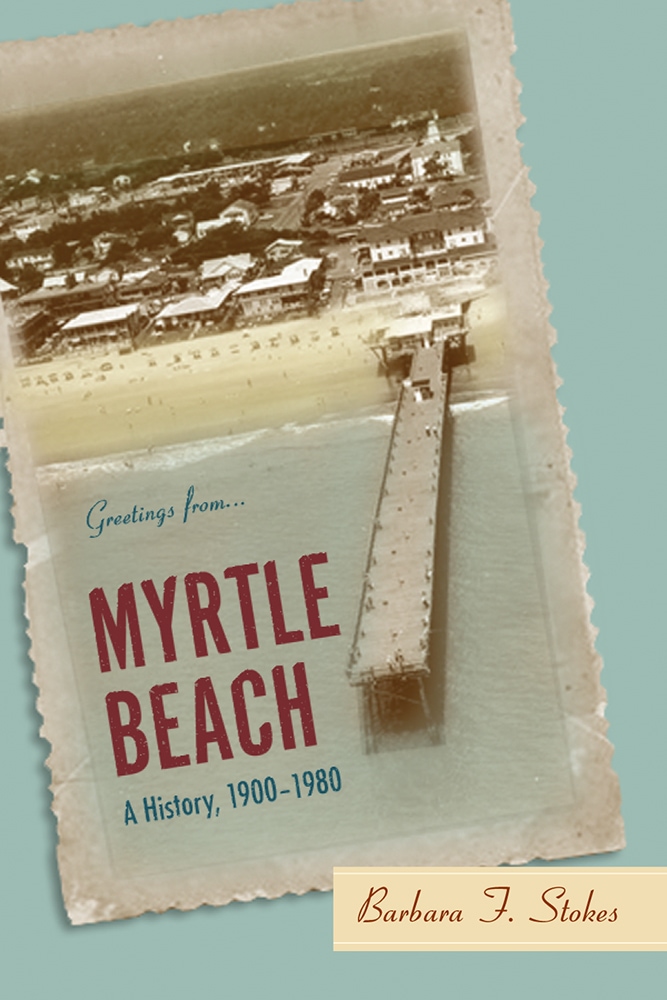 A relatively young city, Myrtle Beach has earned an international reputation as a tourism mecca on the South Carolina coast. Barbara F. Stokes provides the first comprehensive history of the community's quick rise to prominence as she maps the development of the Grand Strand's centerpiece in this account of the historical, economic, climatic, and cultural forces that shaped Myrtle Beach.

The arrival of the railroad in 1902 began the transformation of Myrtle Beach from an isolated agricultural community into a summer beach resort. While the Great Depression brought economic distress to much of the nation, it presented wealthy industrialist John T. Woodside with the opportunity to expand Myrtle Beach's borders with the purchase of some sixty-five thousand acres. His construction of a golf course and the magnificent Ocean Forest Hotel inaugurated Myrtle Beach's resort culture. Likewise Horry County officials made full use of New Deal programs to develop infrastructure and service institutions supporting the region. But, as Stokes explains, it was the war effort that had the greatest impact on the development of Myrtle Beach. The region's population and economy both swelled with the creation there of what was called the Myrtle Beach Army Air Force Base during World War II. The base brought new jobs, new faces, and a growing national and international awareness.

In separate chapters Stokes explores the importance of religious and educational institutions in developing the family-oriented identity of the city, the evolution of family-owned guesthouses into the high-rise hotels and sprawling resorts that now pepper the shoreline, the transformation of leisure activities from hunting and fishing to golf, racing, and watersports, and the efforts of city government to facilitate and encourage growth since incorporation in 1938. Stokes also looks at the history of African Americans in Myrtle Beach and in particular at the importance of Atlantic Beach. She examines the Pavilion's role as the site where tourism and community met. And she recounts the tragedy and opportunity Hurricane Hazel brought in October 1954.

"Here at last is a book-length history of Myrtle Beach, documented with wide reading in state and municipal documents, newspapers, and private papers; filled with rare photographs and other illustrations; and liberally spiced with quotes from the wonderful oral history interviews conducted by Catherine Lewis, Sarah Bryan, and others."—Charles Joyner, Coastal Carolina University