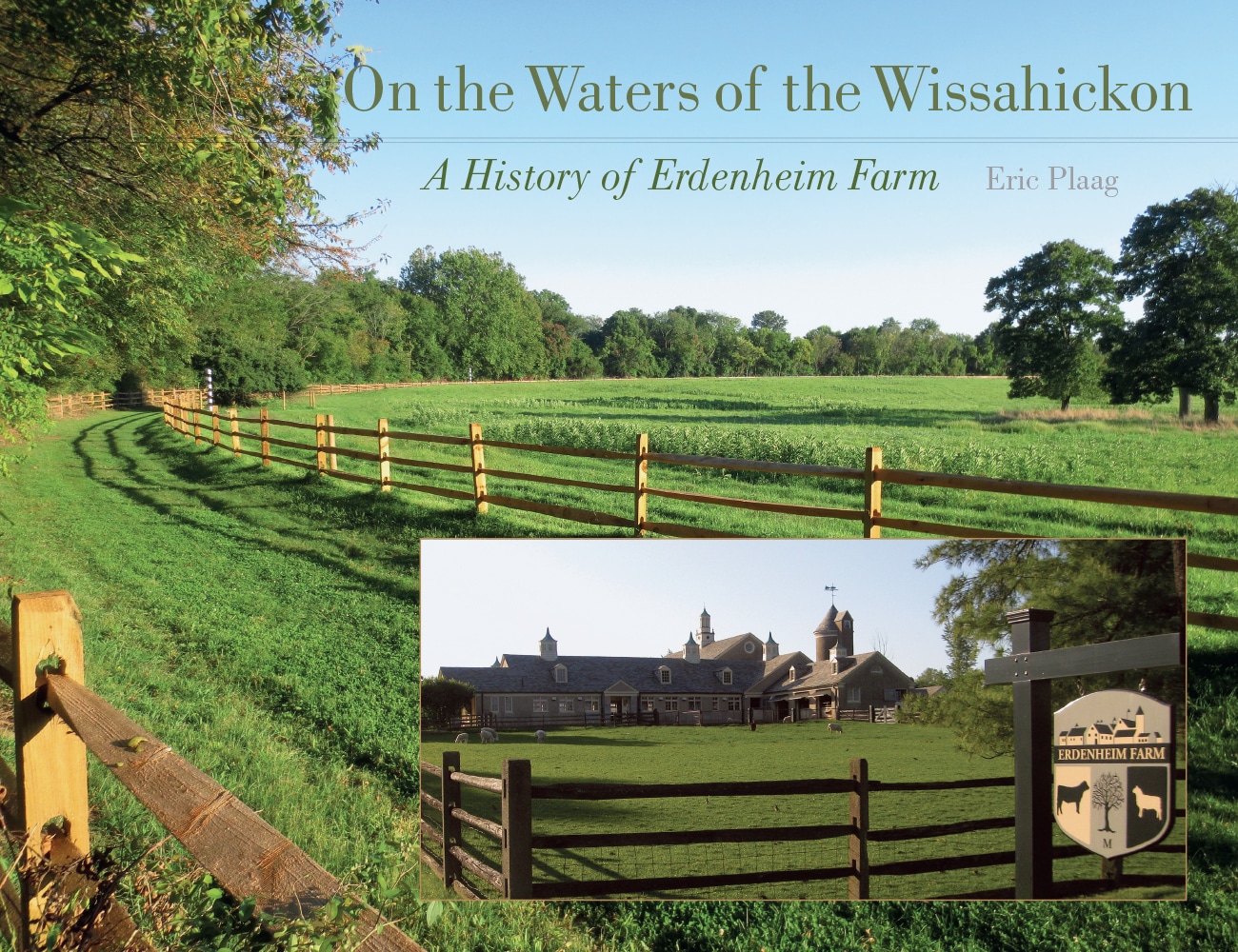 On the Waters of the Wissahickon

A History of Erdenheim Farm

In this comprehensive history of Erdenheim Farm, On the Waters of the Wissahickon separates the facts from the multitude of fictions, revealing the complex and intriguing history behind this important agricultural center along the Wissahickon Creek in Montgomery County, Pennsylvania. Featuring more than one hundred historical and contemporary illustrations and maps, Eric Plaag's engaging and thorough history of the property chronicles its storied past as well as the inherent value in preserving its future.

One of the last intact agricultural parcels in Whitemarsh and Springfield Townships, Erdenheim Farm was at the center of the thoroughbred horseracing world from the 1860s until the late twentieth century. Its illustrious owners have included Aristides Welch, Norman W. Kittson, Robert N. Carson, George D. Widener, Jr., and Fitz Eugene Dixon, Jr., through whom Erdenheim accumulated a rich and fascinating historical pedigree and worldwide attention over the past two centuries. The property is also the subject of extensive lore, including the longstanding rumor that Sirhan Sirhan worked at the farm shortly before his assassination of Robert F. Kennedy, as well as legends that the farm's guests may have included the Marquis de Lafayette and as many as eight U.S. presidents.

Once the home of the Lenni Lenape tribe, who in turn sold the property to William Penn during the seventeenth century, the land that would eventually become Erdenheim Farm passed to German immigrant Johann Georg Hocker and several neighboring farmers by 1763. While the farm's name is often attributed to Hocker (Erdenheim loosely translating as "earthly home" in German), and Hocker built the farmhouse most closely associated with this name for much of the nineteenth century, the farm's name probably originates with Dr. James A. McCrea. Under McCrea's ownership during the 1850s, Erdenheim began building a reputation as a highly regarded livestock farm. Its owner from the 1860s until the 1880s, Aristides Welch, brought national attention to Erdenheim through his purchase of major horseracing champions such as Flora Temple and Leamington, transforming the farm into a significant breeding and training operation that produced dozens of national racing champions over the next several decades.

Under its next two owners, Norman W. Kittson and Robert N. Carson, Erdenheim's reputation declined even as its boundaries dramatically expanded, but, during the twentieth century, owner George D. Widener, Jr., revived Erdenheim's significance as a world-class thoroughbred operation and livestock showplace. Upon Widener's death, his nephew Fitz Eugene Dixon, Jr., became Erdenheim's primary caretaker and began the painstaking process of preserving Erdenheim even as encroaching suburban sprawl threatened its survival. Through a landmark agreement with the Natural Lands Trust, Dixon permanently protected the oldest parts of Erdenheim. Following Dixon's death in 2006, the Whitemarsh Foundation and nearly a dozen individuals and organizations, including Peter and Bonnie McCausland, worked together to complete a massive land-conservation deal to preserve permanently the majority of Erdenheim's approximately 450 acres as one of the last remaining open spaces in Montgomery County and a unique example of the Philadelphia region's agricultural past.


Eric Plaag is a historian, writer, and photographer in Boone, North Carolina. He holds a Ph.D. in American history from the University of South Carolina. Plaag has served as a historical consultant for various individuals, municipalities, and institutions, including the National Park Service and the South Carolina Institute of Archaeology and Anthropology, and is the author of more than a dozen nominations to the National Register of Historic Places. He was the project historian and co-author of A Reconnaissance Level Survey of Sherman's March, and his articles and reviews have appeared in Slavery and Abolition, New York History, Journal of Southern History, South Carolina Historical Magazine, and Dixie Emporium: Consumerism, Tourism, and Memory in the American South.

"Eric Plaag's History of Erdenheim Farm chronicles the life of an iconic property at the very edge of Philadelphia. The survival of this large tract of rolling fields for over two and a half centuries is due to the careful stewardship of successive owners who have loved and nurtured the place. Thanks to its present owners, the McCausland Family, Erdenheim will be preserved forever as a lynchpin of environmental sustainability in the area."—David Contosta, professor of history, Chestnut Hill College

"Eric Plaag's exploration of the historically significant Erdenheim Farm is a triumph in research and storytelling. Sustaining a property of this size in the midst of a densely developed metropolis is a tribute to the good fortune of responsible, visionary and committed ownership and is a case study in best preservation practices, regrettably rarely replicated."—Sam Katz, executive producer, History Making Productions, Philadelphia, Pennsylvania