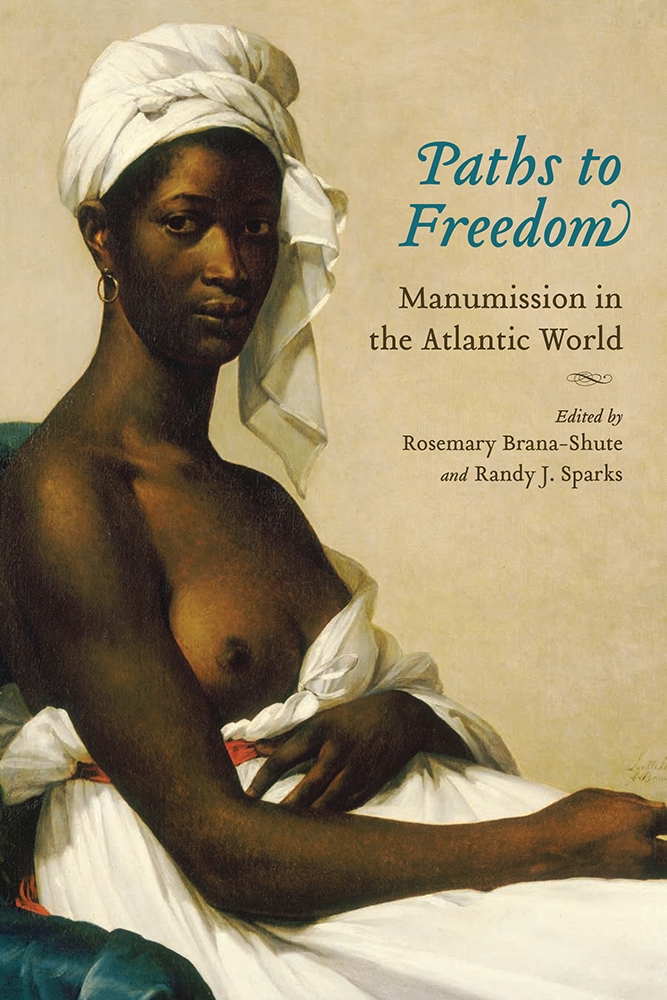 Manumission in the Atlantic World

Manumission—the act of freeing a slave while the institution of slavery continues—has received relatively little scholarly attention as compared to other aspects of slavery and emancipation. To address this gap, editors Rosemary Brana-Shute and Randy J. Sparks present a volume of essays that comprise the first-ever comparative study of manumission as it affected slave systems on both sides of the Atlantic.

In this landmark volume, an international group of scholars consider the history and implications of manumission from the medieval period to the late nineteenth century as the phenomenon manifested itself in the Old World and the New. The contributors demonstrate that although the means of manumission varied greatly across the Atlantic world, in every instance the act served to reinforce the sovereign power structures inherent in the institution of slavery. In some societies only a master had the authority to manumit slaves, while in others the state might grant freedom or it might be purchased. Regardless of the source of manumission, the result was viewed by its society as a benevolent act intended to bind the freed slave to his or her former master through gratitude if no longer through direct ownership. The possibility of manumission worked to inspire faithful servitude among slaves while simultaneously solidifying the legitimacy of their ownership.

The essayists compare the legacy of manumission in medieval Europe; the Jewish communities of Levant, Europe, and the New World; the Dutch, French, and British colonies; and the antebellum United States, while exploring wider patterns that extended beyond a single location or era. They also document the fates of manumitted slaves, some of whom were accepted into freed segments of their societies; while others were expected to vacate their former communities entirely. The contributors investigate the cultural consequences of manumission as well as the changing economic conditions that limited the practice by the eighteenth century to understand better the social implications of this multifaceted aspect of the system of slavery.


Rosemary Brana-Shute is retired professor of history at the College of Charleston and a cofounder of its Program in the Carolina Lowcountry and the Atlantic World. Her other books include Crime and Punishment in the Caribbean and Money, Trade, and Power: The Evolution of Colonial South Carolina's Plantation Economy.

Randy J. Sparks is a professor of history at Tulane University and a cofounder of the Program in the Carolina Lowcountry and the Atlantic World at the College of Charleston. His books include The Two Princes of Calabar: An Eighteenth-Century Atlantic Odyssey; and Memory and Identity: The Huguenots in France and the Atlantic Diaspora.

"An in-depth exposition on a side of slavery rarely highlighted outside of the overal debate on the institution, Paths to Freedom offers well-researched and argued positions on the role of manumission vis-à-vis that of the institution of slavery (owners, government) and the enslaved desirous of freedom."—Multicultural Review

"In this elegantly produced volume manumission is given its rightful place in the study of New World slavery. The focus on slave-holding societies on both sides of the Atlantic creates an excellent platform for the assessment of the granting of freedom to slaves in different cultural contexts. The wealth of new insights and new questions produced by the research in this volume is impressive. At a time when historical scholarship is adopting an increasingly global focus towards the study of slavery this well-timed volume adds a new dimension to the conversation."—Marc Kleijwegt, University of Wisconsin-Madison