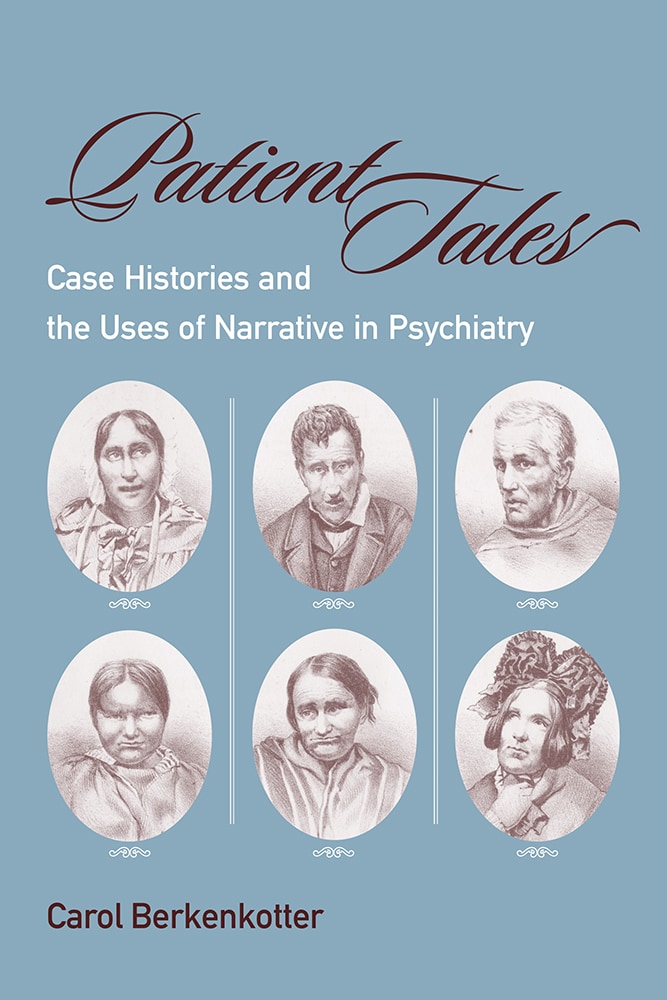 Case Histories and the Uses of Narrative in Psychiarty

A look into communicating psychiatric patient histories, from the asylum years to the clinics of today

In this engrossing study of tales of mental illness, Carol Berkenkotter examines the evolving role of case history narratives in the growth of psychiatry as a medical profession. Patient Tales follows the development of psychiatric case histories from their origins at Edinburgh Medical School and the Royal Edinburgh Infirmary in the mid-eighteenth century to the medical records of contemporary American mental health clinics. Spanning two centuries and several disciplines, Berkenkotter's investigation illustrates how discursive changes in this genre mirrored evolving assumptions and epistemological commitments among those who cared for the mentally ill.

During the asylum era, case histories were a means by which practitioners organized and disseminated local knowledge through professional societies, affiliations, and journals. The way in which these histories were recorded was subsequently codified, giving rise to a genre. In her thorough reading of Sigmund Freud's Fragment of an Analysis of a Case of Hysteria, Berkenkotter shows how this account of Freud's famous patient "Dora" led to technical innovation in the genre through the incorporation of literary devices. In the volume's final section, Berkenkotter carries the discussion forward to the present in her examination of the turn from psychoanalysis to a research-based and medically oriented classification system now utilized by the American Psychiatric Association. Throughout her work Berkenkotter stresses the value of reading case histories as an interdisciplinary bridge between the humanities and sciences.


Carol Berkenkotter is a professor in the Department of Writing Studies at the University of Minnesota. She is the coauthor with Thomas N. Huckin of Genre Knowledge in Disciplinary Communication: Cognition/Culture/Power and the author of articles on case histories in psychiatry.

"Patient Tales is a thorough analysis of the uses of narrative in psychiatry, based on the historical documentation of single case reports from the earliest known medical records of British asylums to the clinical case conferences in the American Journal of Psychiatry. Captivating renditions of late 18th- and early 19th-century case histories allow the reader to watch the history of inpatient psychiatry to unfold."—American Journal of Psychiatry

"In its focus on the narrative roots of the psychological and psychiatric case history, Patient Tales not only contributes to our understanding of this important genre, it also adds to our understanding of rhetorical and epistemological power of narrative in the human sciences. Carol Berkenkotter's fine-grained analysis, at both the macro and micro level, is a model for textual and historical research in the rhetoric of science."—Debra Journet, University of Louisville

"Berkenkotter presents a fascinating study of the genre of psychiatric case histories, tracing the shifting rhetorical contexts that have shaped the varying incarnations of the genre. She argues convincingly that the psychiatric case history has not evolved like other science genres but has shifted radically with changing paradigms and practices in the field of psychiatry. Genre theorists, rhetoricians, and historians of medicine will find her work a highly readable history of the external factors and individual innovations that have transformed the textual accounts of patients whose words are their symptoms."—Jeanne Fahnestock, University of Maryland