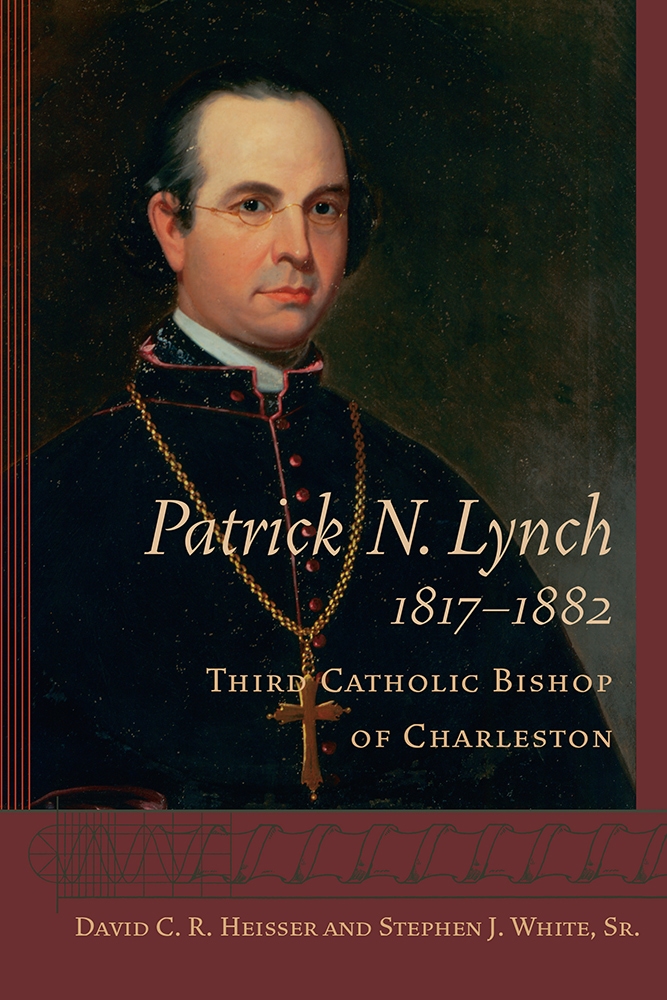 Patrick Neison Lynch, born in a small town in Ireland, became the third Roman Catholic bishop of the Diocese of Charleston, South Carolina. Lynch is remembered today mostly for his support of the Confederacy, his unofficial diplomatic mission to the Vatican on behalf of the Confederate cause, and for his ownership and management of slaves owned by the Catholic diocese. In the first biography of Lynch, David C. R. Heisser and Stephen J. White, Sr. investigate those controversial issues in Lynch's life, but they also illuminate his intellectual character and his labors as bishop of Charleston in the critical era of the state and nation's religious history. For, during the nineteenth century, Catholics both assimilated into South Carolina's predominantly Protestant society and preserved their own faith and practices.

A native of Ireland, Lynch immigrated with his family to the town of Cheraw when he was a boy. At the age of twelve, he became a protégé of John England, the founding bishop of the diocese of Charleston. After studying at the seminary England founded in Charleston, Bishop England sent Lynch to prepare for the priesthood in Rome. The young man returned an accomplished scholar and became an integral part of Charleston's intellectual environment. He served as parish priest, editor of a national religious newspaper, instructor in a seminary, and active member of nearly every literary, scientific, philosophical society in Charleston.

Just three years before the outbreak of the Civil War Lynch rose to the position of Bishop of Charleston. During the war he distinguished himself in service to his city, state, and the Confederate cause, culminating in his "not-so-secret" mission to Rome on behalf of Jefferson Davis's government. Upon Lynch's return, which was accomplished only after a pardon from U. S. President Andrew Johnson, he dedicated himself to rebuilding his battered diocese and retiring an enormous debt that had resulted from the conflagration of 1861, which destroyed the Cathedral of St. John and St. Finbar, and wartime destruction in Charleston, Columbia, and throughout the state.

Lynch executed plans to assimilate newly freed slaves into the Catholic Church and to welcome Catholic immigrants from Europe and the northern states. Traveling throughout the eastern United States he gave lectures to religious and secular organizations, presided over dedications of new churches, and gave sermons at consecrations of bishops and installations of cardinals, all the while begging for contributions to rebuild his diocese. Upon his death, Lynch was celebrated throughout his city, state and nation for his generosity of spirit, intellectual attainments, and dedication to his holy church.

David C. R. Heisser (1942–2010) was an associate professor and reference/documents librarian of the Daniel Library at the Citadel in Charleston, South Carolina. He is the author of The State Seal of South Carolina: A Short History.

"This volume is a valuable addition to the literature in both Catholic and Confederate history."—The Journal of Southern History

"Patrick N. Lynch, 1817-1882 is an eloquent and scholarly biography of one of the antebellum South's most influential prelates. It is also a sophisticated portrait of Charleston in its most important era."—Lawrence S. Rowland, professor emeritus, University of South Carolina-Beaufort

"This book chronicles the life of Irish-born Bishop Patrick N. Lynch, one of the leaders of the Catholic Church in the South during the nineteenth century. It provides valuable insight into the way events surrounding the Civil War were viewed by the hierarchy of the Catholic Church in America and in Rome."—Donald M. Williams, author of Shamrocks and Pluff Mud: A Glimpse of the Irish in the Southern City of Charleston, South Carolina