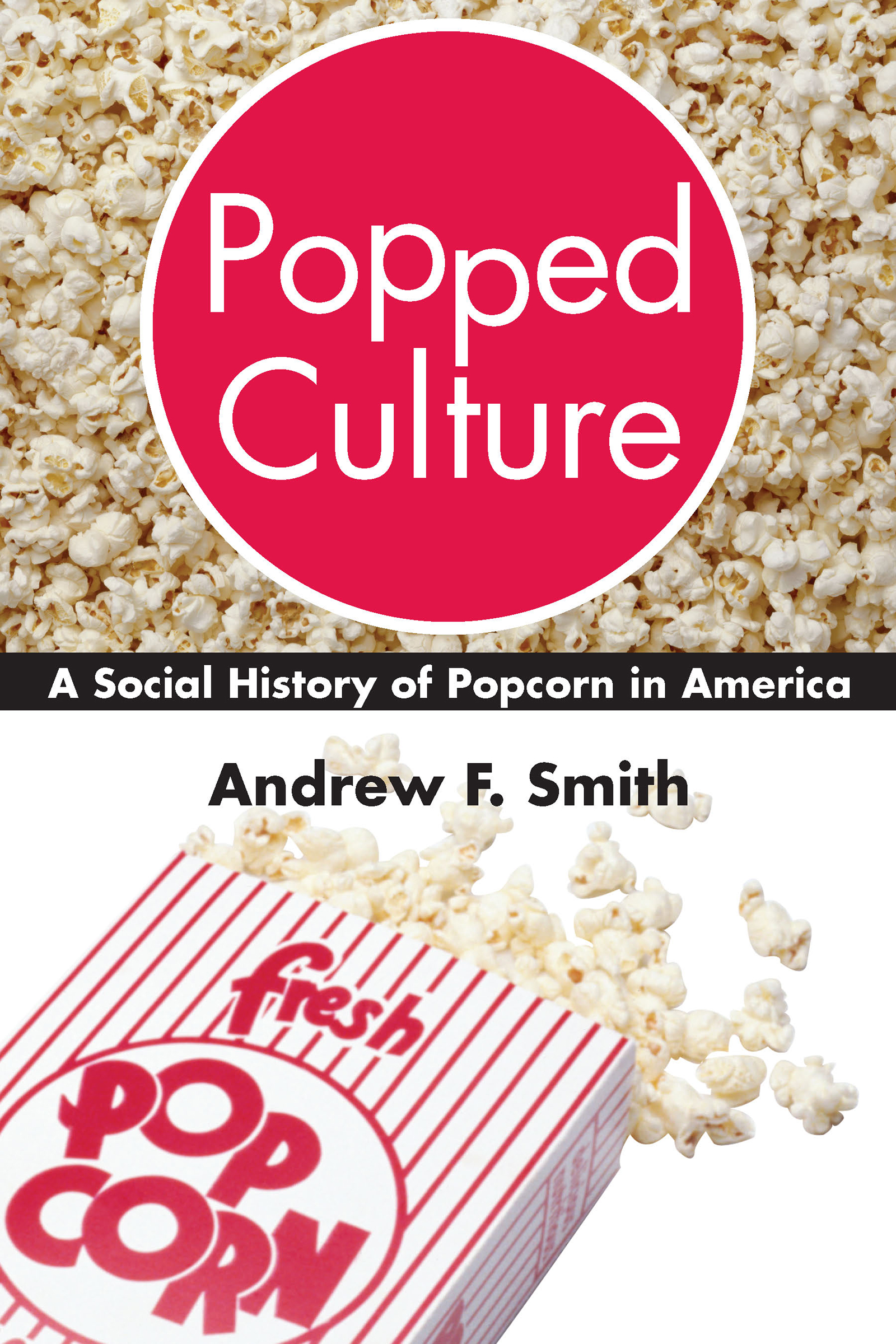 A Social History of Popcorn in America

The history, legends, and cookery of America's favorite snack food

Whether in movie theaters or sports arenas, at fairs or theme parks, around campfires or family hearths, Americans consume more popcorn by volume than any other snack. To the world, popcorn seems as American as baseball and apple pie. Within American food lore, popcorn holds a special place, for it was purportedly shared by Native Americans at the first Thanksgiving. In Popped Culture, Andrew F. Smith tests such legends against archaeological, agricultural, culinary, and social findings. While debunking many myths, he discovers a flavorful story of the curious kernel's introduction and ever-increasing consumption in North America.

Unlike other culinary fads of the nineteenth century, popcorn has never lost favor with the American public. Smith gauges the reasons for its unflagging popularity: the invention of "wire over the fire" poppers, commercial promotion by shrewd producers, the fascination of children with the kernel's magical "pop," and affordability. To explain popcorn's twentieth-century success, he examines its fortuitous association with new technology—radio, movies, television, microwaves—and recounts the brand-name triumphs of American manufacturers and packagers. His familiarity with the history of the snack allows him to form expectations about popcorn's future in the United States and abroad.

Smith concludes his account with more than 160 surprising historical recipes for popcorn cookery, including the intriguing use of the snack in custard, hash, ice cream, omelets, and soup.


Andrew F. Smith is a freelance writer who teaches culinary history at the New School University in Manhattan. His previous books include The Tomato in America: Early History, Culture, and Cookery; Pure Ketchup: A History of America's National Condiment; and Livingston and the Tomato.