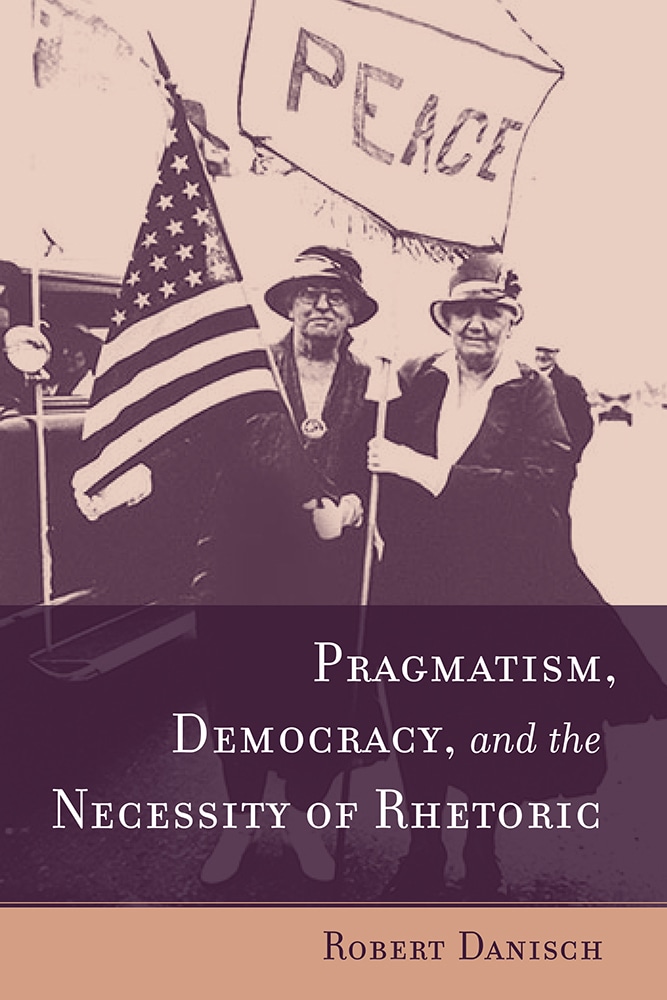 Pragmatism, Democracy, and the Necessity of Rhetoric

An exploration into the development of the rhetorics of American pragmatism

In Pragmatism, Democracy, and the Necessity of Rhetoric, Robert Danisch examines the search by America's first generation of pragmatists for a unique set of rhetorics that would serve the needs of a developing democracy. Digging deep into pragmatism's historical development, Danisch sheds light on its association with an alternative but significant and often overlooked tradition. He draws parallels between the rhetorics of such American pragmatists as John Dewey and Jane Addams and those of the ancient Greek tradition. Danisch contends that, while building upon a classical foundation, pragmatism sought to determine rhetorical responses to contemporary irresolutions.

Danisch highlights the similarities between pragmatism and classical rhetoric, including pragmatism's rejection of philosophy with its traditional assumptions and practices. Grounding his argument on an alternative interpretation of pragmatism and its antifoundationalist commitments, he discusses the need to find appropriate rhetorics for American democracy and to delineate the intellectual conditions for the realization of such rhetorics.

Danisch suggests that first-generation pragmatists articulated an orientation to the world that necessitates the practice of rhetoric. To establish such claims, he addresses William James's philosophy of pluralism, Dewey's attention to the practical arts, Addams's belief in a social democracy, Alain Locke's celebration of African American art, and Oliver Wendell Holmes's judicial decisions. In each instance Danisch shows how different iterations of pragmatism point to and recommend the development of unique rhetorics capable of shaping particular forms of democratic life.

"Robert Danisch has given us a terrific book that will be of interest to a variety of scholars working in classical rhetoric and pragmatism, and those interested in the ways pragmatism and rhetorical theory can be brought together to inform ongoing efforts to revitalize democratic communication. This book proves that the uniquely American history of pragmatism is a goldmine of fascinating and important ideas not yet fully appreciated."—Edward Schiappa, Paul W. Frenzel Chair of Liberal Arts, University of Minnesota

"In this suggestive study, Robert Danisch proceeds in typically pragmatist fashion, combining old ideas with new in order to achieve consequential results toward meeting our current intellectual and political challenges. Danisch usefully helps us think through the relations of rhetorical strategy to pragmatist principle and of classical rhetorical traditions to contemporary turns in neopragmatism. This is a welcome contribution to rhetorical pragmatism and its ongoing effort to promote sustainable cultures of democratic politics"—Steven J. Mailloux, professor of English and Chancellor's Professor of Rhetoric, University of California, Irvine

"This valuable and wide-ranging study creatively rereads the pragmatist tradition and brings it into contact with rhetorical theory. Robert Danisch reanimates sophistic and Aristotelian categories and convincingly argues that rhetoric completes the pragmatist philosophical projects of William James and John Dewey. In a particularly exciting series of chapters, Danisch goes on to show how Oliver Wendell Holmes, Jane Addams, and Alain Locke remake judicial, deliberative, and epideictic rhetoric in ways fitting for a large-scale, heterogeneous democracy. The book enriches our understanding of both pragmatism and rhetoric."—Peter Simonson, University of Colorado, Boulder