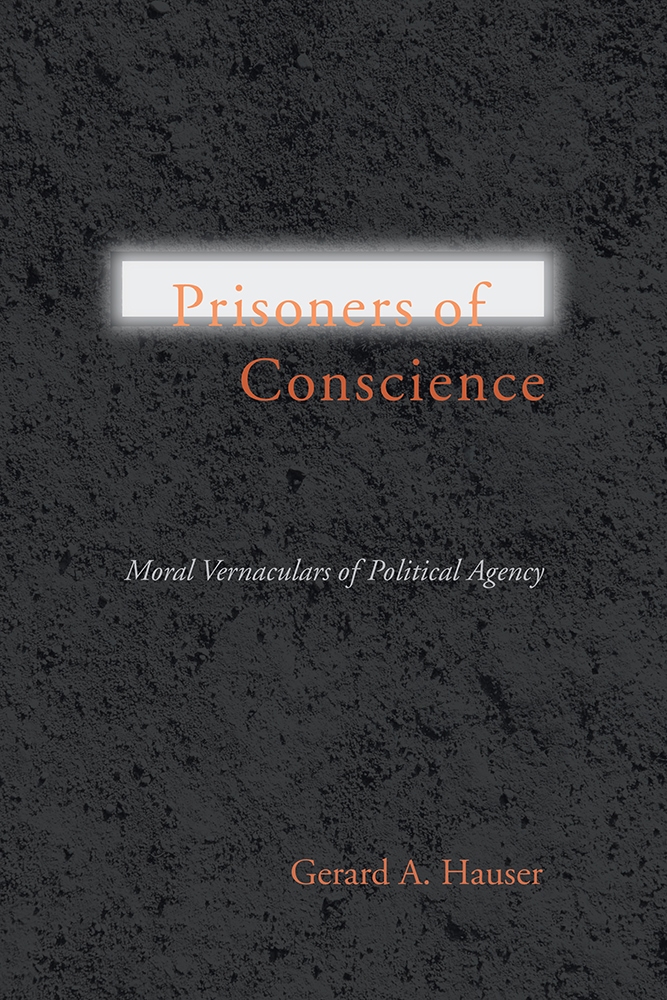 Prisoners of Conscience continues the work begun by Gerard A. Hauser in Vernacular Voices: The Rhetoric of Publics and Public Spheres, winner of the National Communication Association's Hochmuth Nichols Award. In his new book, Hauser examines the discourse of political prisoners, specifically the discourse of prisoners of conscience, as a form of rhetoric in which the vernacular is the main source of available appeals and the foundation for political agency.

Hauser grounds his study through a series of case studies, each centered on a different rhetorical mechanism brought to bear in the act of resistance. Through a transnational rhetorical analysis of resistance within political prisons, Hauser brings to bear his skills as a rhetorical theorist and critic to illuminate the rhetorical power of resistance as tied to core questions in contemporary humanistic scholarship and public concern.


Gerard A. Hauser is a College Professor of Distinction in the Department of Communication at the University of Colorado Boulder. Editor of the journal Philosophy and Rhetoric, Hauser is the author of Introduction to Rhetorical Theory and Vernacular Voices: The Rhetoric of Publics and Public Spheres.

"The prisoner of conscience has much to tell us. In the name of moving beyond the limits of traditional human rights doctrine, it behooves us to listen. In this ground-breaking and altogether important work, Gerard Hauser discovers a moral vernacular that sheds new light on the human condition and the place of human rights in public life. A call to hear the terms and power of "ordinary virtue" in the midst of evil, Hauser's book is a timely and sophisticated mediation on the possibility of human solidarity. Its challenge to think human rights as a discourse that works outside the fold of law's founding exception deserves careful consideration and will surely inform the work of scholars in rhetoric, political theory, legal studies, and international relations."—Erik Doxtader

2013 Rhetoric Society of America Book Award and the National Communication Association's
2013 James A. Winans and Herbert A. Wichelns Memorial Award for Distinguished Scholarship in Rhetoric and Public Address