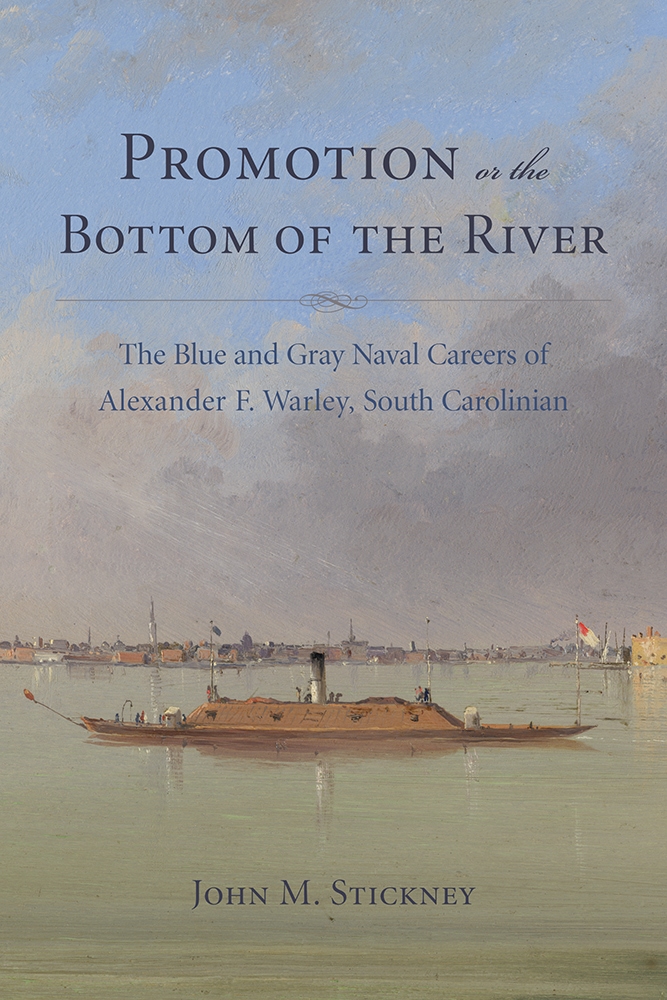 Promotion or the Bottom of the River

South Carolinian Alexander F. Warley (1823-1895) was an exceptional naval officer who enjoyed a robust life of far-flung adventures at sea during several dramatic periods in American maritime history. Warley's career began in the 1840s, when he served as a midshipman on Old Ironsides and later took part in the Mexican War. His military exploits reached their zenith when he commanded the CSS Manassas—the first ironclad ship to engage in combat—at New Orleans in October 1861. John M. Stickney's richly detailed biography of Warley as an officer first in the United States Navy and later in the Confederate navy offers a representative example of America's professional military class during the nineteenth century.

An ambitious youth of little means, Warley secured an appointment as a midshipman at the age of seventeen through the influence of John C. Calhoun. Over the next two decades of maritime adventures, Warley faced four courts-martial, combat and capture in the Mexican War, and the challenges of rising in the ranks. After South Carolina seceded in December 1860, Warley joined the newly formed Confederate navy and gained recognition for his service at New Orleans, commanding the Manassas until the Confederate defeat there in 1862. Warley's career in the Confederate navy ended with his command of the CSS Albemarle and its destruction at Plymouth, North Carolina.

With vivid details and rich narration, Stickney portrays one young man's struggle for glory and success in a divided nation. Using ships' logs and naval records, Stickney unravels Warley's naval career and explores the Civil War naval actions that unfolded in New Orleans, Charleston, Galveston, Savannah, and Plymouth during this critical time in American history, revealing the pluck and fortitude of a previously unknown combatant.


John M. Stickney holds a degree in mechanical engineering from Auburn University and an M.B.A. from the University of South Carolina. A former consulting engineer, Stickney is a retired captain in the U.S. Navy Reserve.

"Stickney's account of life aboard a warship in Promotion or the Bottom of the River: The Blue and Gray Naval Careers of Alexander F. Warley, South Carolinian is good reading and conveys considerable amount of information about the navy in the age of sail. Warley was front and center at some of the most significant naval engagements of the war: the Monitor vs. Virginia; the 1862 Union capture of New Orleans; and service on the South Carolina ironclads in 1863. Promotion or the Bottom of the River is a well-written view of the American naval tradition grounded in the Federal navy and translated intact into the Confederate navy. This detailed account of Warley fills an interesting niche in American naval history."—Craig Symonds, professor emeritus of history, United States Naval Academy