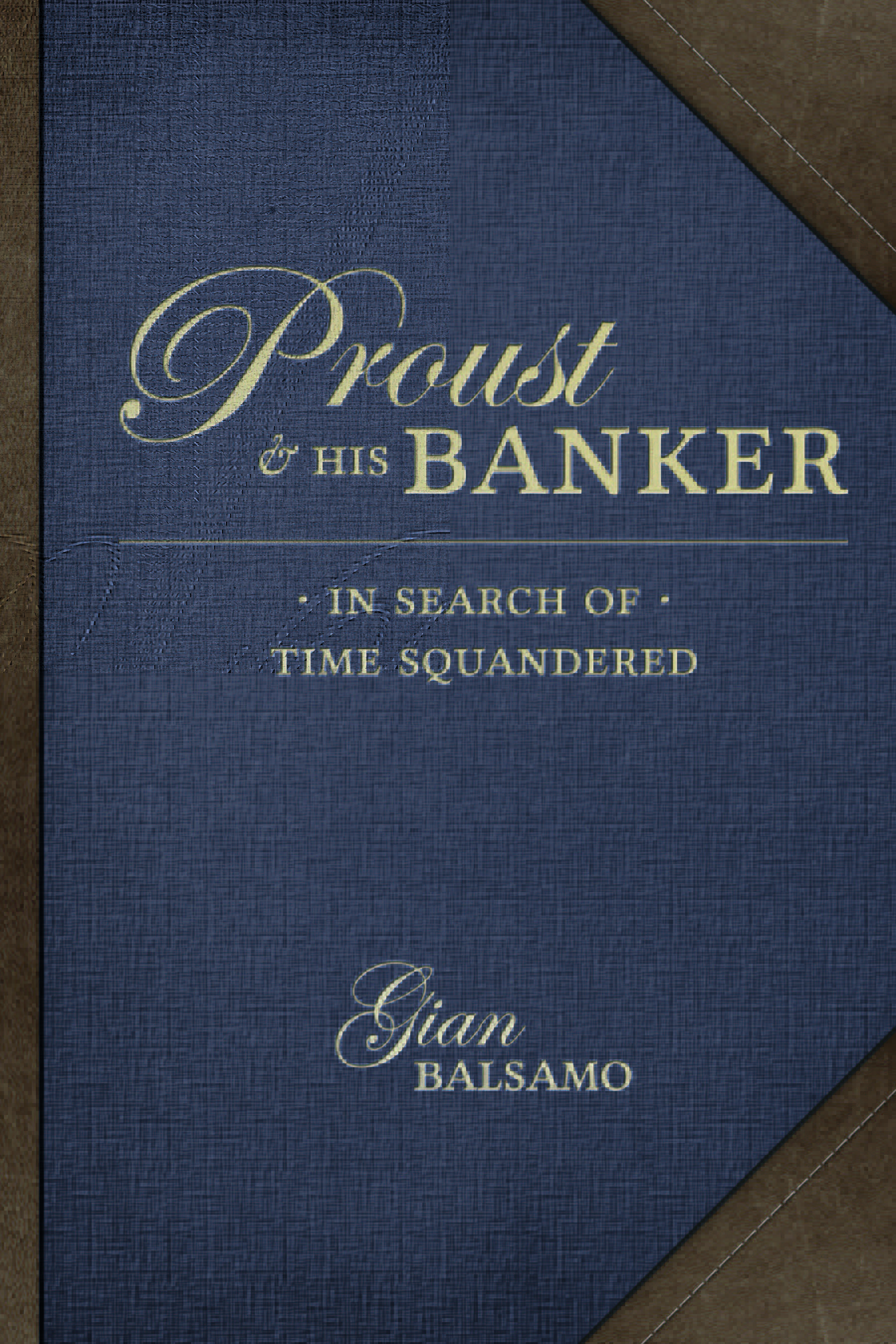 Proust and His Banker

In Search of Time Squandered

What Marcel Proust wanted from life most of all was unconditional requited love, and the way he went after it—smothering the objects of his affection with gifts—cost him a fortune. To pay for such extravagance, he engaged in daring speculations on the stock exchange. The task of his cousin and financial adviser, Lionel Hauser, was to make sure these speculations would not go sour. In Proust and His Banker, Gian Balsamo reveals that Proust was quite aware of the advantageous trade-off between financial indulgence and artistic inspiration; his liberal squandering of money provided the grist for fictional characters and incidents of surprising effectiveness, both in the artistic sphere and later on in the commercial one. But Hauser was not aware of this odd aspect of Proust's creativity, nor could he have been since the positive returns from the writer's masterpieces were late in coming.

Focusing on more than 350 letters between Proust and Hauser and drawing on records of the Rothschild Archive and financial data assembled from the twenty-one-volume Kolb edition of Proust's letters, Balsamo reconstructs Proust's finances and provides a fascinating window into the writer's creative and speculative process. Balsamo carefully follows Proust's financial activities, including investments ranging from Royal Dutch Securities to American railroads to Eastern European copper mines, his exchanges with various banks and brokerage firms, his impetuous gifts, and the changing size and composition of his portfolio. Successes and failures alike provided material for Proust's fiction, whether from the purchase of an airplane for the object of his affections or the investigation of a deceased love's intimate background. Proust was, Balsamo concludes, a master at turning financial indulgence into narrative craftsmanship, economic costs into artistic opportunities.

Over the course of their fifteen-year collaboration, the banker saw Proust squander three-fifths of his wealth on reckless ventures and on magnificent presents for the men and women who struck his fancy. To Hauser the writer was a virtuoso in resource mismanagement. Nonetheless, Balsamo shows, we owe it to the altruism of this generous relative, who never thought twice about sacrificing his own time and resources to Proust, that In Search of Lost Time was ever completed.


Gian Balsamo, a financial data scientist with a Ph.D. in comparative literature from Vanderbilt University, has taught literature at Northwestern University and Stanford University. He is the author of Joyce's Messianism, Rituals of Literature, and the novel The Book of Breathing (attributed to Luigi Ferdinando Dagnese). Balsamo is a member of Statistics without Borders and is currently affiliated with the Department of Mathematics at the University of York in the United Kingdom.

"An impressively well researched, written, organized and presented study that is a masterpiece of original and seminal scholarship."—Midwest Book Review

"The unlikely subject of this book—Proust's relationship with one of his financial managers and friends, Lionel Hauser—makes for a good read."—CHOICE

"[Balsamo's] disclosure of Proust's banking secrets reveals the tight spots Proust went through in his quest of the mirage of an unconditionally reciprocated love, always to be lured with expensive gifts and various handouts."—Fillipe Mauro, "Sigilo bancàrio," Folha de S. Paulo, 01/06/2018

"With Proust and his Banker Gian Balsamo brings to Proustian scholarship a UFO! This ground-breaking book is all at once a biography of Proust, seen through the prism of his financial dealings, a theoretical essay and a suspenseful epistolary novel. A writer himself, Balsamo leads us, with erudition and clarity, to the final twist: how Proust transmuted his inseparable financial and love predicaments into one of the greatest novels of all times."—Pyra Wise, Proust team, Institute of Modern Texts and Manuscripts (CNRS)

"The noted cosmopolitan novelist and scholar Gian Balsamo charms us with this sympathetic study of Proust's evasive interaction with his more prudent financial adviser and the virtual miracle that occurs when the profligate author mints a small fortune during France's postwar crisis and thereby supports his own last efforts in the face of death, rounding out his priceless gift to mankind, the great novel A la recherche du Temps perdu. New details enhance the English version of Balsamo's prior Italian edition exploring the little-known improbable conduct of Proust, who by inspired daring prevails against all reasonable odds."—Gerald Gillespie, Stanford University

"Proust and His Banker brims over with original and penetrating insights on the lavish returns earned by Proust from his seemingly irresponsible squandering of time and money. Balsamo has given us a new genre of critical writing that is personal, captivating, intellectually masterful, but also extremely elegant, humorous, and charming."—Benjamin Jon Boysen, University of Southern Denmark

"A meticulous reconstruction by Gian Balsamo in a new book, Proust and his Banker: In Search of Time Squandered, reveals some fascinating facts about his [Proust's] financial affairs. The novelist was obsessed not only with gains and losses in the lotteries of life and love, but also on the Bourse de Paris."—Quadrant

"Balsamo is sensitive and subtle about the different tones the two men take in their letters and what is at stake for each, and even his romantic, redemptive theory of finance and art, implausible and circular in its simpler formulations, has its virtues as a launching point for other questions."—London Review of Books