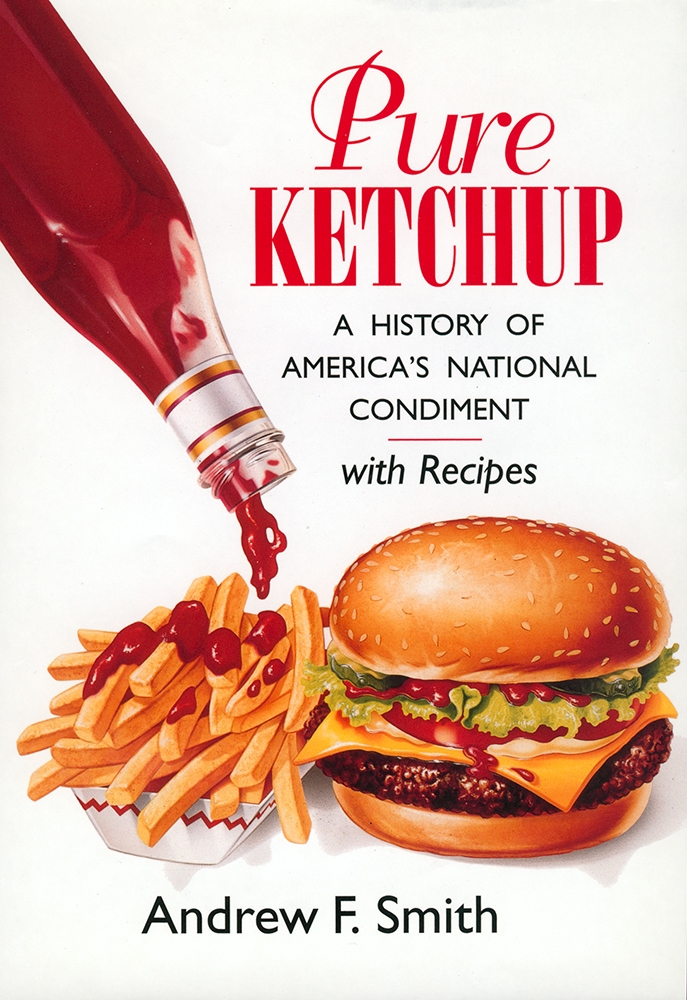 A History of America's National Condiment With Recipes

For topping French fries or cottage cheese, K rations or school lunches, ketchup has long been an American favorite. In Pure Ketchup, Andrew F. Smith chronicles American milestones in ketchup history, including colonial adaptations of popular British mushroom, anchovy, and walnut ketchups, the rise of tomato-based ketchup, the proliferation of commercial bottling after the Civil War, debates about preservatives, the resurgence of homemade and designer varieties, and a recent challenge from salsa. In addition to the history of ketchup, the book also includes historical recipes.

Andrew F. Smith teaches culinary history at the New School University in Manhattan and is the author of nineteen books, including Popped Culture: A Social History of Popcorn in America, The Tomato in America: Early History, Culture, and Cookery, and Eating History: Thirty Turning Points in the Making of American Cuisine.

"The book starts out as a sweeping history—ketchup in the ancient Mediterranean, ketchup evolving with the help of the British Empire—but finds its stride in an amazing variety of fun historical nuggets Smith uncovered about ketchup's evolution."—Associated Press

"If you want to catch up on everything there is to know about America's favorite sauce, then Andy Smith's [book] will be what you are looking for. . . . Fascinating."—Food History News