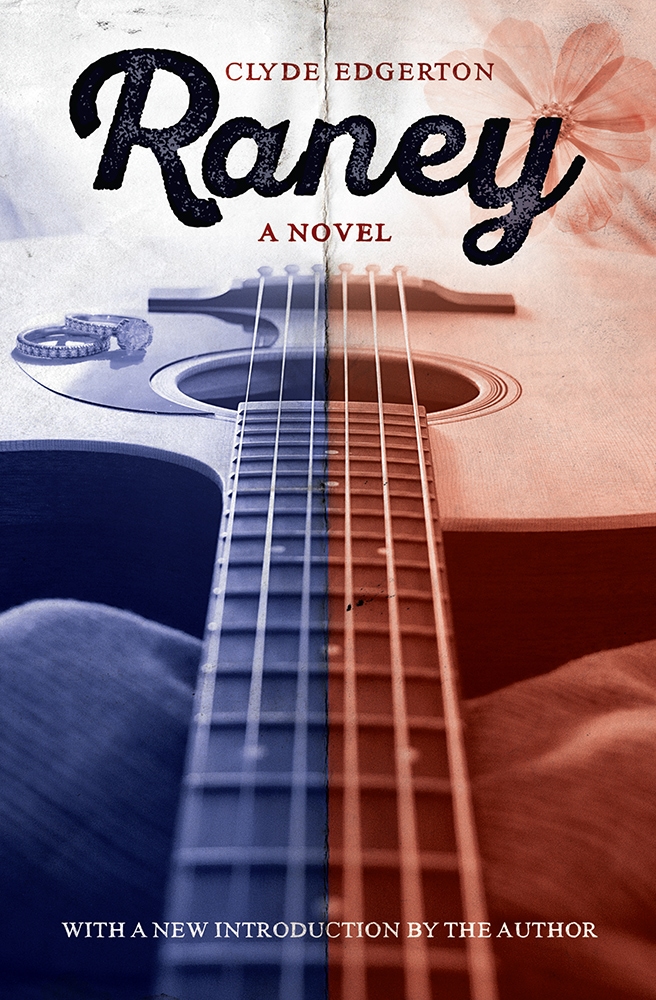 Clyde Edgerton's Raney is the comic love story of a marriage between Raney, a small-town Southern Baptist, and Charles, a librarian with liberal leanings from Atlanta, united by their shared enthusiasm for country music. The novel both interrogates and honors the faiths and foibles of its subjects as the relationship is tested through trials and revelations. Despite the couple's differences, their marriage slowly evolves into a relationship of equals in which both are willing to compromise for the good of the other and the marriage. Told though Raney's naive and mesmerizing perspective as a southern storyteller, serious and sometimes heartbreaking moments give way to a humorous and joyful tale that pokes fun at and holds respect for just about everyone who passes through these pages.

Raney, Edgerton's first novel, was originally published in 1985. It represents some of Edgerton's most comic, candid, and ambitious writing. This Southern Revivals edition includes a new introduction by the author and a preface from series editor Robert H. Brinkmeyer Jr., director of the University of South Carolina Institute for Southern Studies.


Writer, musician, and artist Clyde Edgerton is the Thomas S. Kenan III Distinguished Professor of Creative Writing at the University of North Carolina Wilmington. He is the author of ten novels, a memoir, and a book of advice. Three of his novels—Raney, Walking Across Egypt, and Killer Diller—have been made into films. He has been honored with a Guggenheim Fellowship, a Lyndhurst Prize, a Thomas Wolfe Prize, and membership in the Fellowship of Southern Writers, and he has been named to the North Carolina Literary Hall of Fame. He lives in Wilmington, North Carolina, with his wife, Kristina, and their children.

"Not since Huckleberry Finn has there been a character like Raney."—Dallas Times Herald

"There is no way I can do justice to Raney unless I start at page one and quote the whole book. . . . Raney is a short, hilarious, and very wise novel."—Cleveland Plain Dealer

"This is a dead-on portrait, markedly reminiscent of Mark Twain. Edgerton's ear for South-speak is comprehensive and true. And the attitudes and manners of his characters step right out of the Safeway. . . . Help yourself to a story that's light, warm, neighborly, satisfying—and very American."—Detroit News

"Raney appears to be a harmless little novel, but readers should be warned: The book is dangerous. It is one of those rare volumes that causes uncontrollable fits of laughter and makes normally quiet, shy people read passages aloud. Raney herself is a masterpiece."—Atlanta Journal-Constitution

"A funny, deft, heartening book. If I were single, I'd marry it."—Roy Blount Jr.