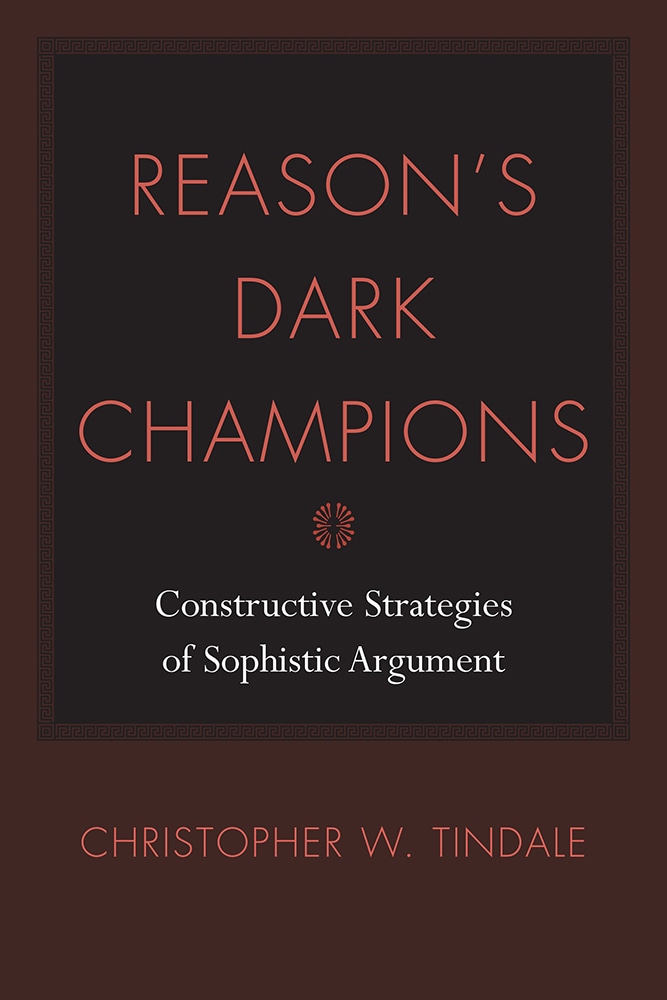 Recent decades have witnessed a major restoration of the Sophists' reputation, revising the Platonic and Aristotelian "orthodoxies" that have dominated the tradition. Still lacking is a full appraisal of the Sophists' strategies of argumentation. Christopher W. Tindale corrects that omission in Reason's Dark Champions. Viewing the Sophists as a group linked by shared strategies rather than by common epistemological beliefs, Tindale illustrates that the Sophists engaged in a range of argumentative practices in manners wholly different from the principal ways in which Plato and Aristotle employed reason. By examining extant fifth-century texts and the ways in which Sophistic reasoning is mirrored by historians, playwrights, and philosophers of the classical world, Tindale builds a robust understanding of Sophistic argument with relevance to contemporary studies of rhetoric and communication.

Beginning with the reception of the Sophists in their own culture, Tindale explores depictions of the Sophists in Plato's dialogues and the argumentative strategies attributed to them as a means of understanding the threat Sophism posed to Platonic philosophical ambitions of truth seeking. He also considers the nature of the "sophistical refutation" and its place in the tradition of fallacy. Tindale then turns to textual examples of specific argumentative practices, mapping how Sophists employed the argument from likelihood, reversal arguments, arguments on each side of a position, and commonplace reasoning. What emerges is a complex reappraisal of Sophism that reorients criticism of this mode of argumentation, expands understanding of Sophistic contributions to classical rhetoric, and opens avenues for further scholarship.

Christopher W. Tindale is a fellow of the Centre for Research in Reasoning, Argumentation, and Rhetoric and a professor of philosophy at the University of Windsor. He is the author of numerous essays and several books on the nature and practice of argument, including Rhetorical Argumentation and Fallacies and Argument Appraisal.

"More than forty years into the revival of the Sophistic movement, it seems unlikely that anyone could generate a new perspective on it or appropriate its legacy in a new form. But Christopher W. Tindale's book does just that. Shifting between Sophistic thought and contemporary argumentation theory, Tindale sheds considerable light at both ends of this historical spectrum and produces results that command attention from everyone interested in rhetoric, informal logic, and the history of these two kindred disciples."—Michael Leff, University of Memphis