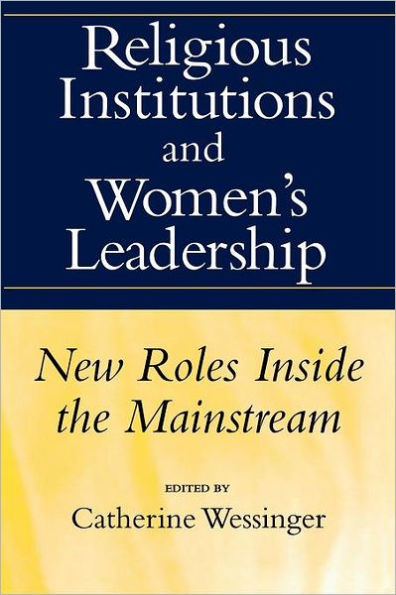 New Roles Inside the Mainstream

Religious Institutions and Women's Leadership documents the movement of women into positions of leadership and ministry in mainline American Judaism and Christianity and evaluates how this trend will reshape traditional religion in the United States. Contributors compile data formerly found only in diverse scholarly and denominational publications to offer an enlightening interdisciplinary comparison of women's struggles for a more central role in mainstream religious leadership.

In addition to providing historical information, the contributors pay particular attention to the experiences of women leaders in their respective denominations and to the changes they have introduced to worship, theology, and ministry. They trace the economic and social changes currently transforming patriarchal religions and examine such issues as the resistance to female leadership and the question of whether feminist objectives are better formed by women forming separate religious institutions or by remaining in established structures.

Showing that simply admitting women to positions previously closed to them is not enough to counteract the millenia of prejudice, the contributors suggest specific institutional measures to ensure the full inclusion of women in mainstream religion.


Catherine Wessinger is associate professor of the history of religions and women's studies at Loyola University in New Orleans. She is editor and contributor to Women's Leadership in Marginal Religions: Outside the Mainstream.