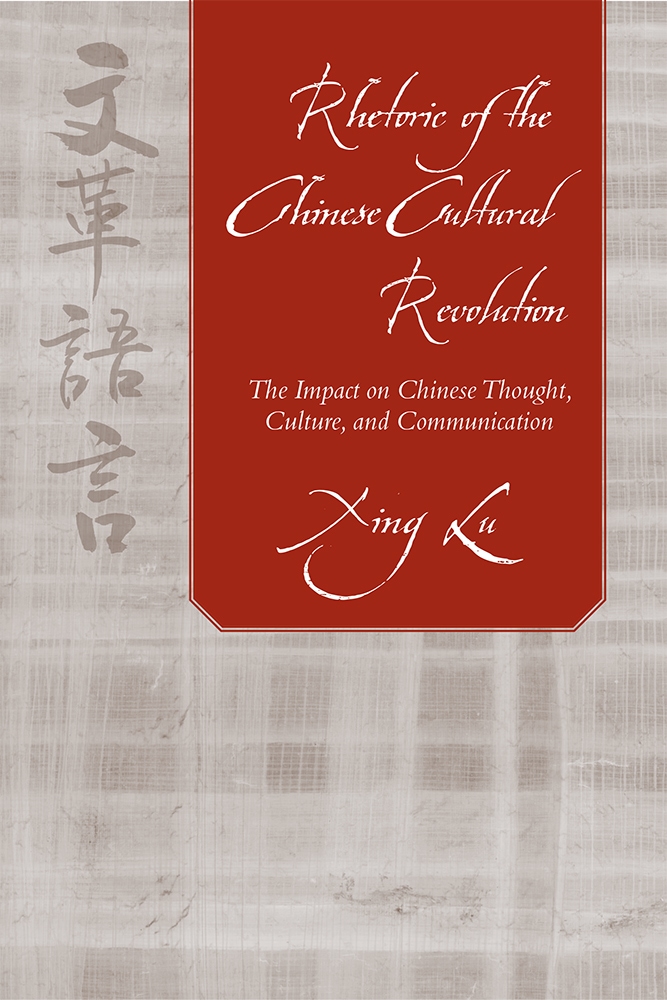 Rhetoric of the Chinese Cultural Revolution

The Impact on Chinese Thought, Culture, and Communication

A startling look at revolutionary rhetoric and its effects

Now known to the Chinese as the "ten years of chaos," the Chinese Cultural Revolution (1966-76) brought death to thousands of Chinese and persecution to millions. In Rhetoric of the Chinese Cultural Revolution Xing Lu identifies the rhetorical practices and persuasive effects of the polarizing political language and symbolic practices used by Communist Party leaders to legitimize their use of power and violence to dehumanize people identified as class enemies.

Lu provides close readings of the movement's primary texts—political slogans, official propaganda, wall posters, and the lyrics of mass songs and model operas. She also scrutinizes such ritualistic practices as the loyalty dance, denunciation rallies, political study sessions, and criticism and self-criticism meetings. Lu enriches her rhetorical analyses of these texts with her own story and that of her family, as well as with interviews conducted in China and the United States with individuals who experienced the Cultural Revolution during their teenage years.

In her new preface, Lu expresses deep concern about recent nationalism, xenophobia, divisiveness, and violence instigated by the rhetoric of hatred and fear in the United States and across the globe. She hopes that by illuminating the way language shapes perception, thought, and behavior, this book will serve as a reminder of past mistakes so that we may avoid repeating them in the future.


Xing Lu is a professor emeritus of the College of Communication at DePaul University. She is the author of three books and recipient of the National Communication Association's James A. Winans–Herbert A. Wichelns Award for Rhetoric in Ancient China, Fifth to Third Century B.C.E.: A Comparison with Classical Greek Rhetoric.

"Rhetoric of the Chinese Cultural Revolution provides significant insights into previously neglected aspects of rhetorical theory. Its focus on contemporary Chinese rhetoric expands the perimeters of the rhetorical tradition beyond its Western boundaries. It also explores rhetorical practices that generate not noble outcomes but indoctrination and violence, thus providing an account of the full range of rhetorical practice in which human beings engage."—Sonja Foss, University of Colorado, Denver

"Mao's China, in the words of the great journalist Liu Binyan, had to live with 'two kinds of truth'—one trumpeted from on high, and another that rose out of harsh daily life. One of these was false, but both were powerful. Xing Lu's fine book shows in detail how Chinese people were cruelly crushed between the two."—Perry Link, Princeton University