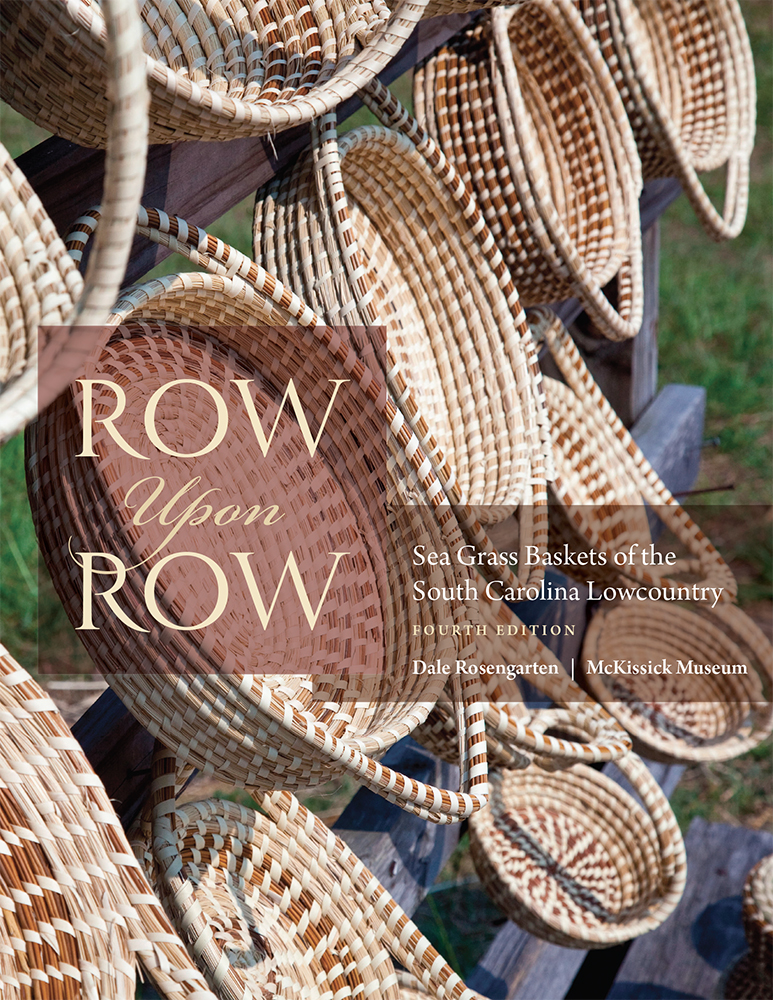 Coiled grass baskets are icons of Gullah culture. From their roots in Africa, through their evolution on Lowcountry rice plantations, to their modern appreciation as art objects sought by collectors and tourists, these vessels are carriers of African American history and the African-inspired culture that took hold along the coast of South Carolina and neighboring states.

Row Upon Row, the first comprehensive history of this folk art, remains a classic in the field. The fourth edition brings the narrative into the twenty-first century, with a chapter describing current challenges to the survival of the time-honored tradition. The artform continues to adapt to the changing consumer market, the availability of materials, economic opportunities, and most recently, the widening of the highway near the majority of basket stands. As globalization transforms the world, the coiled basket in all its iterations retains its power as a local symbol of individual identity and cultural distinction.

A preface is provided by Jane Przybysz, executive director of the McKissick Museum at the University of South Carolina.


Dale Rosengarten is the founding curator of the Jewish Heritage Collection at the College of Charleston and coauthor of Grass Roots: African Origins of an American Art.

"Dale Rosengarten has done an admirable job in providing technical information on grasses and rushes, sewing techniques and tools, and basketry typologies, but most importantly in setting this 300-year-old tradition into its political and historical context. Row Upon Row is richly illustrated with reproductions of documentary watercolors, photographs, and advertisements. It is recommended to anybody interested in basketry, social history, and an interesting twist in the commodization of ethnic art."—Museum Anthropology

"Row Upon Row remains the single indispensable book on Lowcountry basket makers and their art of coiled grass basketry. A classic that also speaks to contemporary issues, this book is a fascinating guide into the worldview of these extraordinary artists and their work."—Fath Davis Ruffins, Smithsonian National Museum of American History

"Row Upon Row is as distinctive and deep as the sea grass basketry that Dale Rosengarten describes. This welcome edition of her graceful, pioneering book shows a new generation why Lowcountry baskets—and the patient, gifted African American women who have made them—deserve our undying admiration and respect."—Peter H. Wood, author of Black Majority and Strange New Land: Africans in Colonial America

"Dale Rosengarten's scholarship is as enduring and vital as the basket-making heritage she chronicles. By weaving the historical and cultural significance of this unique art form with a love and admiration for its community of creators, she gives us an invaluable resource. Like the basket-sewers, Rosengarten is a national treasure."—Stephanie Hunt, Journalist and writer

"Dale Rosengarten adds another star to the constellation of her volumes that celebrates the enduring and evolving African coiled basket tradition. This fourth installment of Row Upon Row is a must have for serious and casual observers who want to understand how this centuries-old art form, facing new threats due to development, binds families and community."—Herb Frazier, Gullah journalist and author