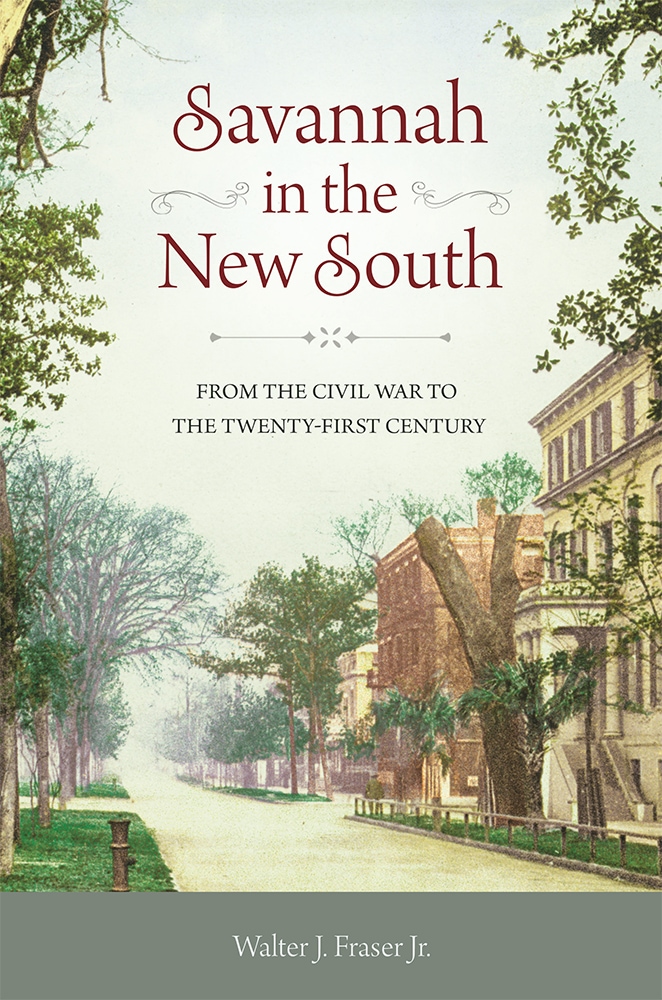 Savannah in the New South

From the Civil War to the Twenty-First Century

An examination of the Georgian city's complicated and sometimes turbulent development

Savannah in the New South: From the Civil War to the Twenty-First Century, by Walter J. Fraser, Jr., traces the city's evolution from the pivotal period immediately after the Civil War to the present. When the war ended, Savannah was nearly bankrupt; today it is a thriving port city and tourist center. This work continues the tale of Savannah that Fraser began in his previous book, Savannah in the Old South, by examining the city's complicated, sometimes turbulent development.

The chronology begins by describing the racial and economic tensions the city experienced following the Civil War. A pattern of oppression of freed people by Savannah's white civic-commercial elite was soon established. However, as the book demonstrates, slavery and discrimination, harassment, intimidation, and voter suppression galvanized the African American community, which in turn used protests, boycotts, demonstrations, the ballot box, the pulpit—and sometimes violence—to gain rights long denied.

As this fresh, detailed history of Savannah shows, economic instability, political discord, racial tension, weather events, wealth disparity, gang violence, and a reluctance to help the police continue to challenge and shape the city. Nonetheless Savannah appears to be on course for a period of prosperity, bolstered by a thriving port, a strong, growing African American community, robust tourism, and the economic and historical contributions of the Savannah College of Art and Design. Fraser's Savannah in the New South presents a sophisticated consideration of an important, vibrant southern metropolis.


Walter J. Fraser, Jr. (1936–2017) was professor and chair emeritus of the Department of History at Georgia Southern University. He was the co-author of four books and the author of Patriots, Pistols, and Petticoats: "Poor Sinful Charles Town" during the American Revolution and Charleston! Charleston!: The History of a Southern City, both published by the University of South Carolina Press. He also wrote Savannah in the Old South and Lowcountry Hurricanes. Fraser lived in Savannah with his wife, Lynn Wolfe. He died of pancreatic cancer as he was completing this book in March 2017.