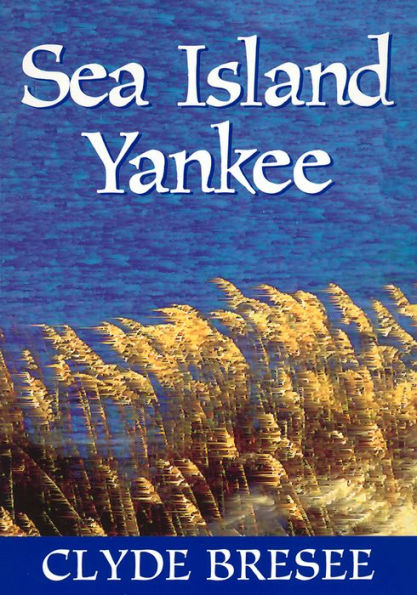 An adventurous boyhood, a remarkable Southern community, and one jewel of a memoir

Clyde Bresee was just five years old in 1921 when his family moved from a tiny Pennsylvania farm to the Lawton Plantation near Charleston, South Carolina. While his father labored for the next decade to revitalize the sprawling sea island plantation's dairy operation, Clyde reveled in a world utterly foreign to the community of his birth. On James Island he encountered a society of mannered gentility, a climate where winter passed in the twinkling of an eye, a place of wandering tidal streams and vast expanses of salt marshes, and a people—African-American people—whom he had never met. In Sea Island Yankee, Bresee revisits the time and place that endowed his childhood with great happiness and that have held a powerful grip on his musings throughout adulthood.

With the observant eyes of youth and the distanced perspective on an outsider, Bresee re-creates his boyhood world of water, live oaks, and Spanish moss. He vividly describes the Confederated memorial observances at which he heard white-haired veterans recount Civil War battles, and he recalls seemingly endless opportunities for swimming, crabbing, boating, and exploring. Bresee also pays tribute to the African-Americans who shaped his sea island experience, from Jamsie, his multi-talented playmate, to Ned, the indispensable plantation employee who once saved the life of Clyde's brother.


Born in Ulster, Pennsylvanis, Clyde Bresee is the author of How Grand a Flame: A Chronicle of a Plantation Family, 1813–1947. A former visiting lecturer at Cornell University, Bresee lives in Athens, Pennsylvania.

"Mr. Bresee is a writer of distinction from whom we must hear more. His prose is transparent, supple and spare; he evokes unhurriedly the smells and textures of the Southern world of his boyhood.... Through the power of Mr. Bresee's writing we travel deep into the heart of a troubled culture and the 'unexpected' ambiguous beauty of a childhood lived in it."—New York Times Book Review

"The memoir of a place and time, told with the innocence, excitement and bewilderment that come with the passing of childhood to adolescence."—Chicago Tribune