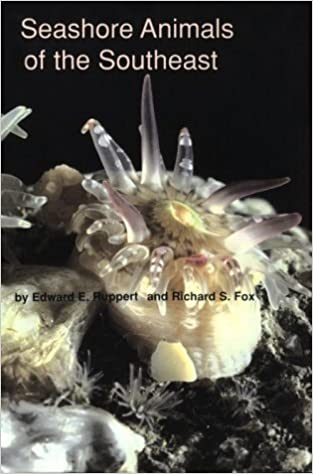 Seashore Animals of the Southeast

In Seashore Animals of the Southeast more than 300 common and conspicuous marine animals are illustrated, identified, and described. The animal identification chapter includes 175 photographs, 100 of which are in color, and more than 100 drawings. The illustrations of living animals use original photographic and illustrative techniques. Information on indentification, biology, and ecology accompanies each illustration. Well-known animals such as crabs, shrimps, clams, oysters, snails, starfish, and jellyfish, and their lifestyles, are described in detail, as are less-known creatures such as moss animals, hydroids, sea squirts, and worms. An illustrated key to the animal identification chapter simplifies identification of unfamiliar animals to major groups, for example mulluscs, custaceans, and sponges.

Edward E. Ruppert received a B.A. degree from Hartwick College in New York and a Ph.D. from the University of North Carolina. He is professor of zoology at Clemson University, where he has been a faculty member since 1978.