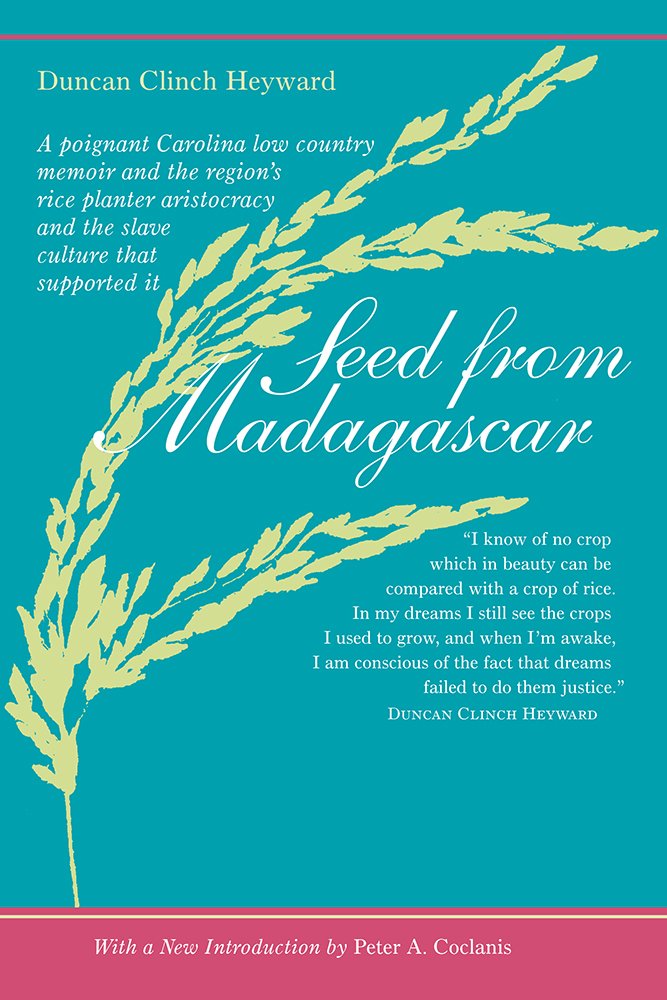 Long before there were cobblestone streets along the Charleston battery, there was rice and there were slaves—the twin pillars upon which colonial Carolina wealth was built. But by the Civil War both began to crumble, along with the planter aristocracy they supported. Seed from Madagascar chronicles the linked tragedies of the prominent Heyward family and South Carolina's rice industry while underscoring the integral role African Americans played in the fortunes of the planter class and the precious crop.

As much about race as about rice, Duncan Clinch Heyward's account describes the master-slave relationship, the planting and marketing of rice, and the changes wrought by the Civil War. Peter Coclanis's vivid introduction to this Southern Classics edition places Heyward's chronicle in its historical and cultural context, making Seed from Madagascar as important today as when it first appeared in the 1930s.

Peter A. Coclanis is the Albert Ray Newsome Distinguished Professor for the Study of the South and director of the Global Research Institute at the University of North Carolina at Chapel Hill.

"Coclanis's new introduction additionally alerts the current reader to the value of the book for its material on ethnography, the rise of social classes, the impact of the expansion and elaboration of capitalism, and the effects of shifts in international comparative advantage as related to large agricultural enterprises."—North Carolina Historical Review

"It is good to have Duncan Clinch Heyward's engaging and richly detailed excursion into the life and lore of the South Carolina low country available to a new generation of readers. Peter Coclanis has written an unsentimental and intellectually provocative introduction that is a perfect foil to Heyward's poignant memoir of what he considered the twin tragedies of the lowcountry in general and the Heyward family in particular."—Charles Joyner, author of Down by the Riverside