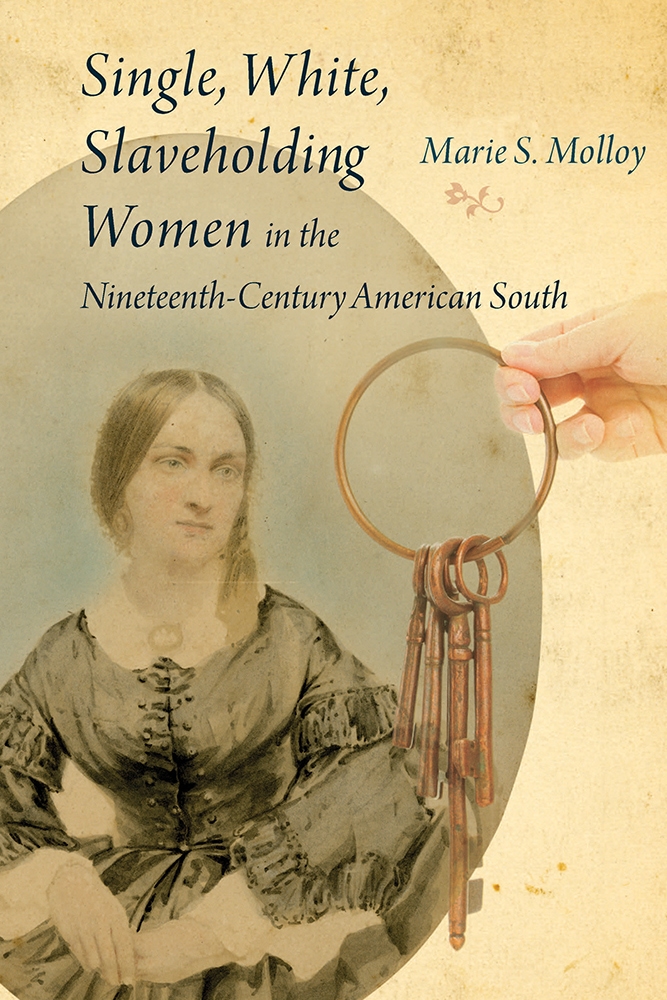 Single, White, Slaveholding Women in the Nineteenth-Century American South investigates the lives of unmarried white women—from the pre- to the post-Civil War South—within a society that placed high value on women's marriage and motherhood. Marie S. Molloy examines female singleness to incorporate non-marriage, widowhood, separation, and divorce. These single women were not subject to the laws and customs of coverture, in which females were covered or subject to the governance of fathers, brothers, and husbands, and therefore lived with greater autonomy than married women.

Molloy contends that the Civil War proved a catalyst for accelerating personal, social, economic, and legal changes for these women. Being a single woman during this time often meant living a nuanced life, operating within a tight framework of traditional gender conventions while manipulating them to greater advantage. Singleness was often a route to autonomy and independence that over time expanded and reshaped traditional ideals of southern womanhood.

Molloy delves into these themes and their effects through the lens of the various facets of the female life: femininity, family, work, friendship, law, and property. By examining letters and diaries of more than three hundred white, native-born, southern women, Molloy creates a broad and eloquent study on the relatively overlooked population of single women in both the urban and plantation slaveholding South. She concludes that these women were, in various ways, pioneers and participants of a slow, but definite process of change in the antebellum era.

"This book is particularly timely and long overdue. The richly detailed experiences of southern, single women that Molloy provides gives the reader a much deeper insight into the complex realities of single blessedness in a society that prized the ideal of the homemaker and mother."—Rebecca J. Fraser, University of East Anglia

"This beautifully written and extensively research book should become essential reading for anyone interested in the lives of white women in the U.S. South. It conveys how being single could occur for a number of reasons. Molloy's detailed analysis explores the lives of some 300 single women who lived across the South in a variety of different contexts. She shows us, in a highly nuanced way, that nineteenth-century gender conventions both constrained women's lives and yet also provided opportunities for achieving personal autonomy and economic independence."—Emily West, University of Reading

"This inventive look at elite white women of the nineteenth century South introduces a fascinating cast of characters, expanding our appreciation of the dynamics of slavery, race, and gender. Molloy's impressive research offers compelling insights concerning the dynamics of family, women's work, and status in the plantation South. Female friendships are particularly vivid as Molloy skillfully excavates those lives behind and beyond stereotypes of southern belles and widows."—Catherine Clinton, author of The Plantation Mistress: Woman's World in the Old South

"an essential read for those interested in gender and sexuality... Single, White, Slaveholding Women in the Nineteenth-Century American South delves beyond the traditional plantation lady to provide a nuanced look at the Southern female experience."—Civil War News

"Molloy's work has given voice to many single, southern women who successfully navigated a society in which marriage was supposedly the decisive measure of a woman's worth, while noting the changes in their lives due to the Civil War."—Civil War Book Review

"an important addition to the literature on elite white women of the era and broadens our understanding of what it could mean to be a southern woman in the nineteenth century."—H-Net Reviews