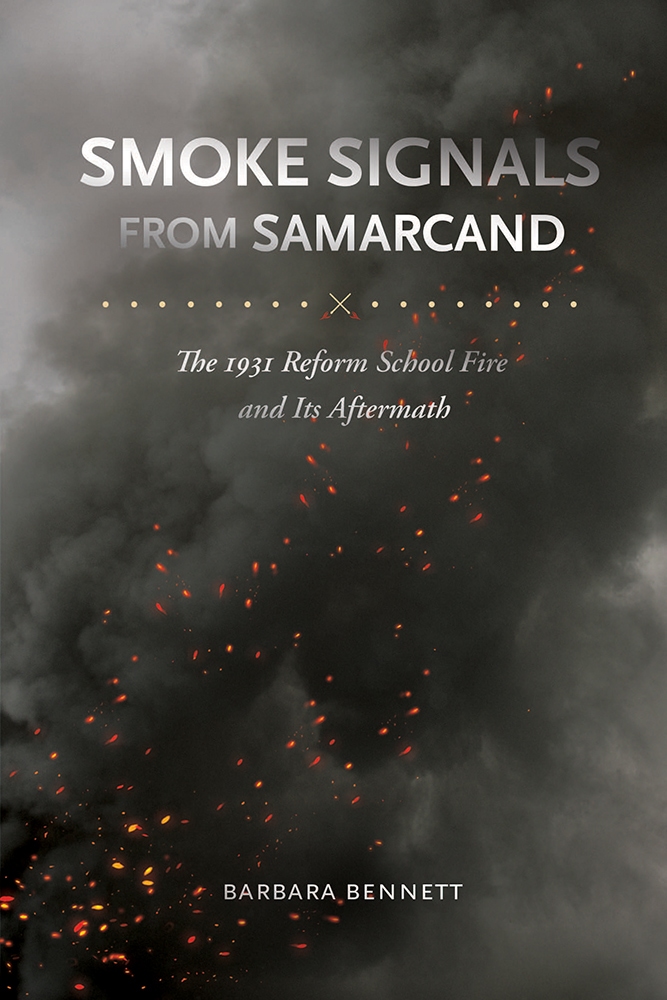 The 1931 Reform School Fire and Its Aftermath

In 1931 sixteen poor, white girls—all teenaged inmates at Samarcand Manor, officially named the State Home and Industrial School for Girls, in Samarcand, North Carolina—were accused of burning down two campus buildings in protest against living conditions. Barbara Bennett offers not only a dramatic retelling of this historic case in Smoke Signals from Samarcand, but also reveals a case study of the misguided social engineering schemes—fraught with racism, classism, and sexual stereotypes—that churned through North Carolina and other southern states during this time.

The girls, who became known as the "Samarcand Sixteen," were described by administrators and the media as incorrigible and troublesome. Bennett additionally reveals their grim backgrounds and details the harsh disciplinary methods, including savage whippings, that were dispensed at Samarcand and other reform schools in the early twentieth century. Arson was a capital offense in North Carolina at the time, and the girls were put on trial for their lives.

The sensational trial took place in the midst of a strong eugenics movement that was sweeping the state and the South. The girls' newly minted lawyer, Nell Battle Lewis, argued that the treatment the girls endured at Samarcand had forced them to take drastic action and therefore should result in lenient sentences. Instead the state of North Carolina used bogus "scientific" theories—such as "bad blood genetics"—to create legal policy and criminal justice practices that were heavily prejudiced against powerless people, particularly girls and women.

In the end the girls received sentences of eighteen months to five years in the state penitentiary, although the trial and its publicity did lead to improvements in the physical conditions and disciplinary methods at Samarcand and other juvenile facilities in North Carolina.


Barbara Bennett is an associate professor of English at North Carolina State University. She is the author of five books, including Understanding Jill McCorkle, published by the University of South Carolina Press, and Soul of a Lion.

"Meticulously researched and beautifully written, Barbara Bennett's Smoke Signals from Samarcand excavates a conveniently forgotten layer of North Carolina (and more broadly American) history—the incarceration of poor white girls in industrial or reform 'schools,' where they were further victimized by whippings, solitary confinement, and sometimes sterilization. Set during the eugenics movement, this riveting history of the 'Samarcand Sixteen,' who set fire to their school in a futile attempt to free themselves, reads like a novel. From her vivid descriptions of the girls themselves to the astute character study of their heroic lawyer Nell Battle Lewis, Bennett dives straight into the heart of history. A remarkable story of the lengths some will go to in controlling women's bodies, a prescient story for our own troubled times. I couldn't put it down."—Minrose Gwin, author of Promise

"Barbara Bennett's research entices the reader to pursue this work as a story that needed to be told... Read the stories and remember the power we gain from the knowledge of the uses of history. Never again, we say."—Southeastern Librarian