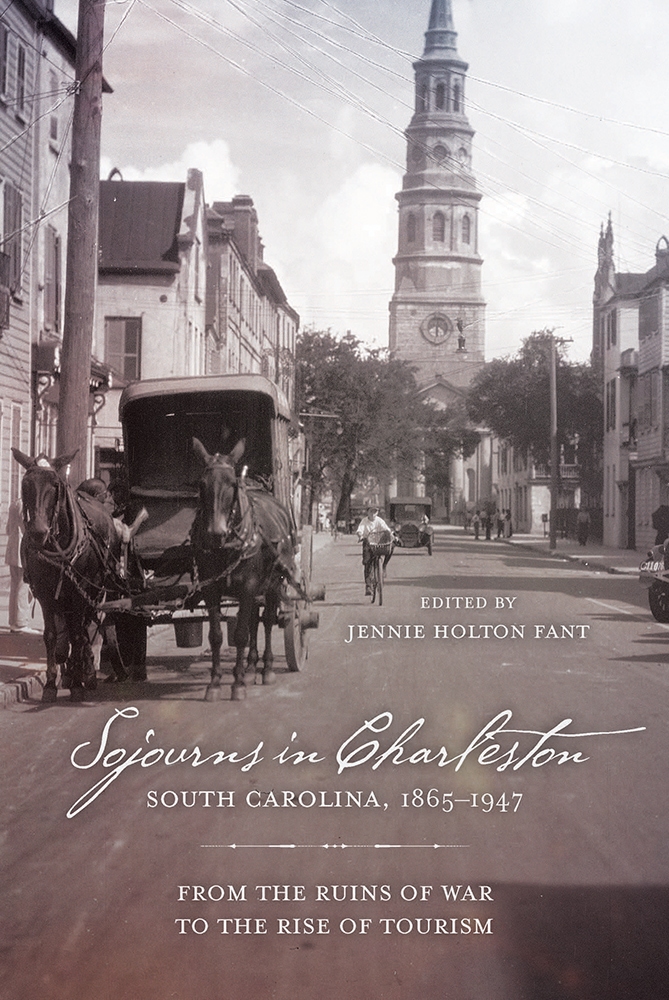 From the Ruins of War to the Rise of Tourism

Travelers' accounts of the people, culture, and politics of the Southern coastal region after the Civil War

Charleston is one of the most intriguing of American cities, a unique combination of quaint streets, historic architecture, picturesque gardens, and age-old tradition, embroidered with a vivid cultural, literary, and social history. It is a city of contrasts and controversy as well. To trace a documentary history of Charleston from the postbellum era into the twentieth century is to encounter an ever-shifting but consistently alluring landscape. In this collection, ranging from 1865 to 1947, correspondents, travelers, tourists, and other visitors describe all aspects of the city as they encounter it.

Sojourns in Charleston begins after the Civil War, when northern journalists flocked south to report on the "city of desolation" and ruin, continues through Reconstruction, and then moves into the era when national magazine writers began to promote the region as a paradise. From there twentieth-century accounts document a wide range of topics, from the living conditions of African Americans to the creation of cultural institutions that supported preservation and tourism. The most recognizable of the writers include author Owen Wister, novelist William Dean Howells, artist Norman Rockwell, Boston poet Amy Lowell, novelist and Zionist leader Ludwig Lewisohn, poet May Sarton, novelist Glenway Wescott on British author Somerset Maugham in the lowcountry, and French philosopher and writer Simone de Beauvoir. Their varied viewpoints help weave a beautiful tapestry of narratives that reveal the fascinating and evocative history that made this great city what it is today.


Jennie Holton Fant is a writer, editor, and librarian who lived in Charleston before working for a decade at Duke University Libraries. She is the editor of The Travelers' Charleston: Accounts of Charleston and the Lowcountry, South Carolina, 1666–1861.

"Sojourns in Charleston is a must read for anyone who claims to love Charleston! These firsthand accounts from visiting writers, poets, and journalists provide important historical commentary and perspectives unique to the times in which they were written. The achievement of the collection is perhaps best summarized by Simone De Beauvoir in her essay, 'These Aristocratic Paradises' when she says of Spanish Moss: 'This is a strange parasite, symbolizing in its splendor and abjectness the contradictions of a magnificent and sordid land.'"—Michele Moore, author of The Cigar Factory

"Charleston has intrigued visitors for centuries—provoking ire, desire, enmity, and envy. Collected here are some of their most intriguing and thought-provoking views, with riffs that range from rage to praise, from ruin to renaissance, from the Civil War to after World War II. A must read for those who love—or think they know—the city."—Harlan M. Greene, scholar in residence, Special Collections, Addlestone Library College of Charleston

"arresting collections of narratives about the city during the period 1865–1947... Fant, a former Charleston resident, has done an impeccable job, providing an education on a century of Charleston history as seen by outsiders."—The Post and Courier (Charleston)