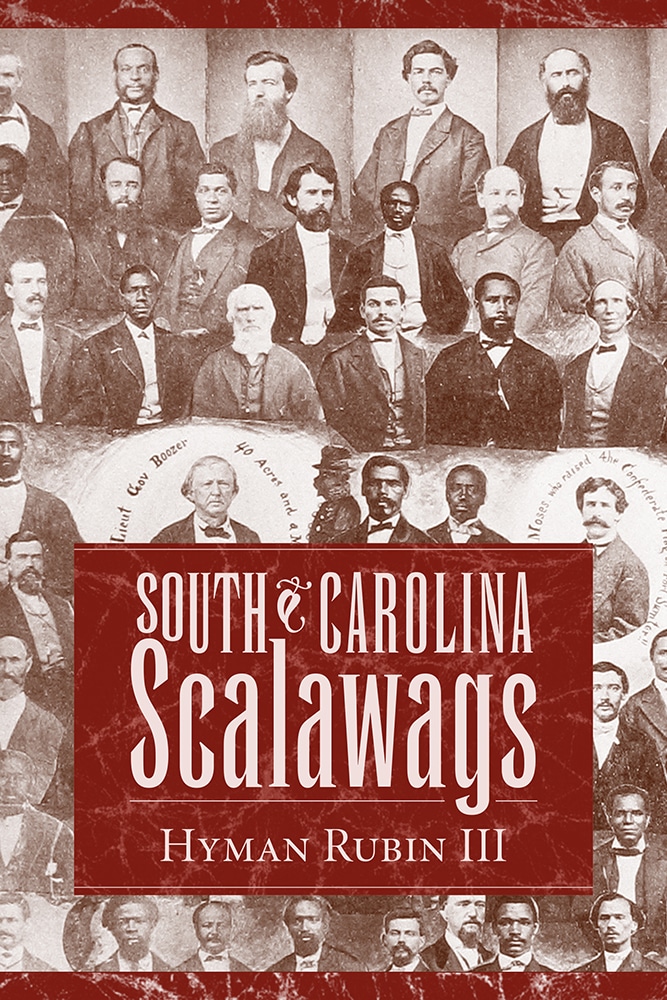 South Carolina Scalawags tells the familiar story of Reconstruction from a mostly unfamiliar vantage point, that of white southerners who broke ranks and supported the newly recognized rights and freedoms of their black neighbors.

The end of the Civil War turned South Carolina's political hierarchy upside down by calling into existence what had not existed before, a South Carolina Republican Party, and putting its members at the helm of state government from 1868 to 1876. Composed primarily of former slaves, the burgeoning party also attracted the membership of newly arrived northern "carpetbaggers" and of white South Carolinians who had lived in the state prior to secession. Known as "scalawags," these South Carolinians numbered as many as ten thousand—fifteen percent of the state's white population—but have remained a maligned and largely misunderstood component of post-Civil War politics. In this first book-length exploration of their egalitarian objectives and short-lived ambitions, Hyman Rubin III resurrects the lives and careers of these individuals who took a leading role during Reconstruction.

South Carolina Scalawags delves into the lives of representative white Republicans, exploring their backgrounds, political attitudes and actions, and post-Reconstruction fates. The Republicans succeeded in creating a much more representative and responsive government than the state had seen before or would see for generations. During its heyday the party began to attract wealthier white citizens, many of whom were moderates favoring cooperation between open-minded Democrats and responsible Republicans.

In assessing the eventual Republican collapse, Rubin does not gloss over disturbing trends toward factionalism and corruption that increasingly characterized the party's governance. Rather he points to these failings in explaining the federal government's abandonment of the party in 1876 and the Democrats' reassertion of white supremacy.


Hyman Rubin III is an associate professor of history at Columbia College in Columbia, South Carolina, where he teaches American and world history. He holds a Ph.D. in history from Emory University.

"Based upon meticulous research, Rubin's analysis of white Republicanism in South Carolina goes far beyond any previous study. His commentary on Republican motives, fiscal policy, ethnic views, patronage, corruption, and factional in-party fighting helps explain not only the ultimate failure but also the significant successes of the brief Republican tenure. South Carolina Scalawags has value not only for understanding Redemption, but for recognizing the changing nature of the American polity in the Gilded Age."—Richard Zuczek, U.S. Coast Guard Academy, author of State of Rebellion: Reconstruction in South Carolina

"Drawn from a wide range of primary sources, this first study of South Carolina's native white Republicans is engagingly written, judicious, and insightful. No one has identified South Carolina scalawags in such detail, nor written as well about their tribulations. This is an important contribution to our understanding of Reconstruction, both in South Carolina and across the Deep South."—Michael Les Benedict, Emeritus Professor of History, Ohio State University

"In this important and original contribution to our understanding of Reconstruction, Hyman Rubin emphasizes the courage it took for local whites to embrace Republican Party principles in light of the social ostracism, intimidation, and violence they faced as a result. Rubin works to understand these men on their own terms and offers an assessment balanced between recognition of their reform-minded goals and of the corruption that was nonetheless present in Republican state government."—Lou Falkner Williams, Kansas State University, author of The Great South Carolina Ku Klux Klan Trials, 1871–1872