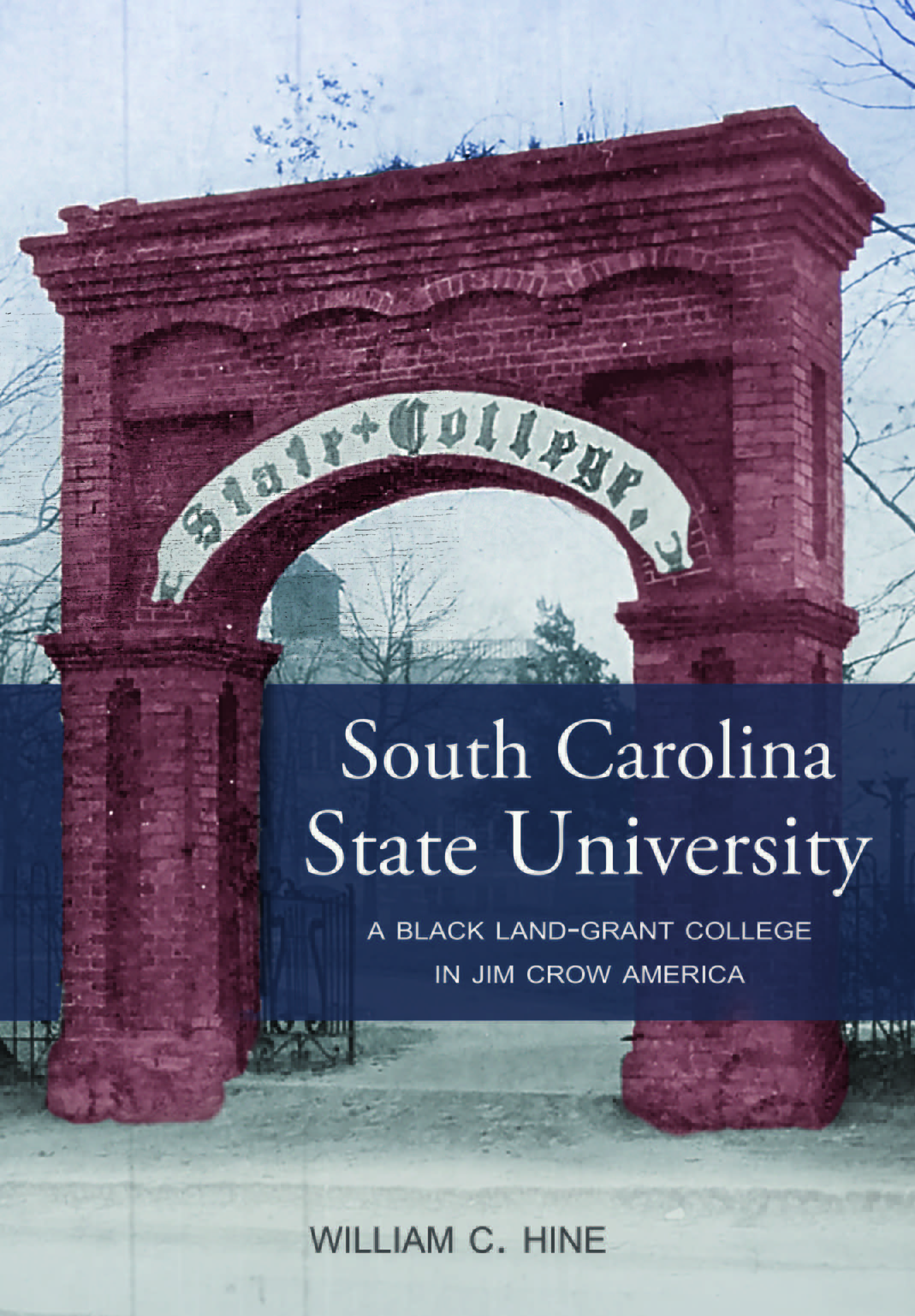 Since its founding in 1896, South Carolina State University has provided vocational, undergraduate, and graduate education for generations of African Americans. Now the state's flagship historically black university, it achieved this recognition after decades of struggling against poverty, inadequate infrastructure and funding, and social and cultural isolation. In South Carolina State University: A Black Land-Grant College in Jim Crow America, William C. Hine examines South Carolina State's complicated start, its slow and long-overdue transition to a degree-granting university, and its significant role in advancing civil rights in the state and country.

Through the middle decades of the twentieth century, South Carolina State was an incubator for much of the civil rights activity in the state. The tragic Orangeburg massacre on February 8, 1968, occurred on its campus and resulted in the deaths of three students and the wounding of twenty-eight others. Using the university as a lens, Hine examines the state's history of race relations, poverty and progress, and the politics of higher education for whites and blacks from the Reconstruction era into the twenty-first century. Hine's work showcases what the institution has achieved as well as what was required for the school to achieve the parity it was once promised.


William C. Hine, now retired, was a professor of history at South Carolina State University for forty years. His scholarship has been published in several journals including Agricultural History, Labor History, and the Journal of Southern History. Hine is a coauthor with Darlene Clark Hine and Stanley Harrold of the widely adopted college history textbook The African American Odyssey.

"In fine detail, William Hine explores the establishment and development of this important historically black college. Weaving a vivid tapestry of education, politics, and race, and showing the complexity and tension of the African American experience, Hine places this story in the larger discourse of conflicting interests and contrasting goals of education and race. An engaging exploration of the personalities vital to the history of South Carolina State University, the book also examines vexing questions of educational theory and probes the intersection of the humanities and the sciences. The battles fought throughout that history continue to affect politics and culture today. This is a thoughtful and rewarding contribution to a historical understanding of the African American land-grant college and the history of the state of South Carolina; a valuable, indeed indispensable, account."—Orville Vernon Burton, Judge Matthew J. Perry, Jr. Distinguished Professor of History, Clemson University

"William Hine has done an excellent job in producing a thoroughly researched and well-written readable account of the history of South Carolina State University. He captures in full the challenges faced by South Carolina's only state-supported historically black institution of higher education and its success in graduating many well-prepared alumni."—Jack Bass, emeritus professor of humanities and social sciences, College of Charleston

"Spanning the century from Jim Crow to the desegregation of higher education, South Carolina State University is a model history of an institution that has played a crucial role in the state's black life. The evolution of black education, politics, and civil rights struggle in South Carolina come vividly to life in this exemplary study."—Eric Foner, Columbia University

"This well-written monograph shows meticulous research. It integrates education, race, class, activism, and politics, and it fuses local study relevant to regional and national politics while identifying the unique local context... a refreshing read and will add a great degree to our understanding of historically black colleges and universities in general and South Carolina State University in particular."—Journal of Southern History