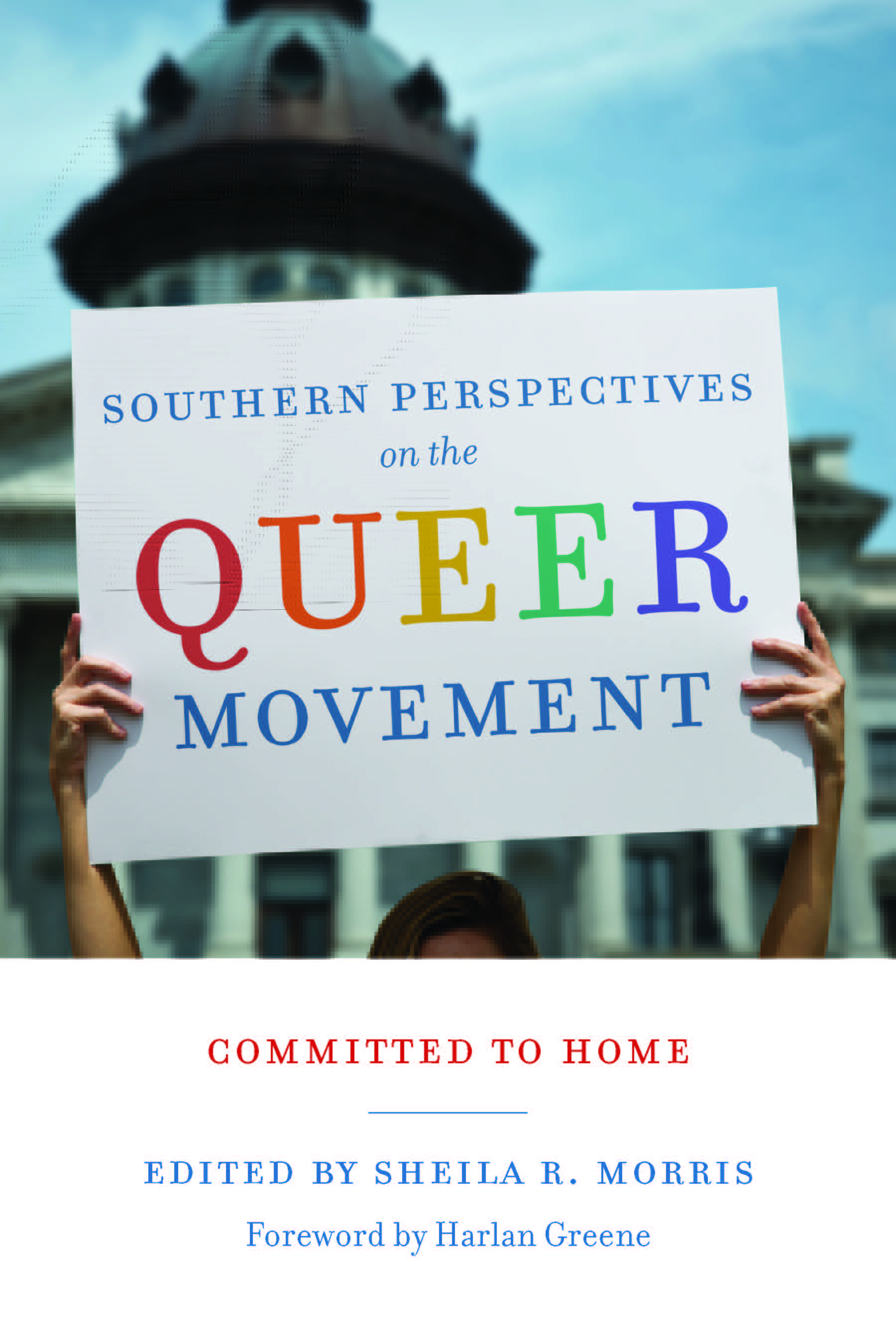 Southern Perspectives on the Queer Movement

In Southern Perspectives on the Queer Movement: Committed to Home, Sheila R. Morris has collected essays by South Carolinians who explore their gay identities and activism from the emergence of the HIV-AIDS pandemic to the realization of marriage equality in the state thirty years later. Each of the volume's nineteen essays addresses an aspect of gay life, from hesitant coming-out acts in earlier decades to the creation of grassroots organizations. All the contributors have taken public roles in the gay rights movement.

The diverse voices include a banker, a drag queen from a family of prominent Spartanburg Democrats, a marching minister who grew up along the Edisto River, a former Catholic priest and his tugboat dispatcher husband from Long Island, the owner of a feminist bookstore, a Hispanic American who interned for Republican strategist Lee Atwater, a philanthropist politician from Faith, North Carolina, and a straight attorney recognized as the "Mother of Pride" who became active in 1980, when she learned her son was gay.

Southern Perspectives on the Queer Movement challenges the conventional understanding of the LGBTQ movement in the United States in both place and time. Typically associated with pride marches and anti-AIDS activism on both the east and west coasts and rooted in the counterculture of the 1960s and "Stonewall Rebellion" in New York City, Southern variants of the queer liberation movement have found little room in public or scholarly memory. Confronting an aggressively hostile environment in the South, queer political organization was a late-comer to the region. But it was the very unfriendliness of Southern political soil that allowed a unique and, at times, progressive LGBTQ political community to form in South Carolina. The compelling Southern voices collected here for the first time add a missing piece to the complex puzzle of postwar queer activism in the United States.

Harlan Greene, author of the novels Why We Never Danced the Charleston, What the Dead Remember, and The German Officer's Boy, provides a foreword.


Sheila R. Morris is the author of four nonfiction books and several short stories, and she has an international following of her blog "I'll Call It Like I See It." She is the recipient of the Human Rights Campaign Equality Award for her leadership and service to the South Carolina LGBTQ community and has won numerous awards for her writing and activism. She lives in Columbia with her wife, Teresa Williams, and their two dogs.

"I've got a sign up on my wall, a quote from Lillian Smith that says The winner names the age and I know that is mostly true. But I know too that we can defy ignorance and prejudice and fear with our own matter of fact stories of how all of us dangerous provocative people account for our lives. Thirty years of history retold from the inside is in this anthology. The people who stood up and risked their homes, their families and their very lives to make the world safer and more just for all of us tell us how they did it, day by day, year by year. So put up another notice, one that defies denial as this wonderful anthology does. We can claim our history one story at a time, and the stories rename the age."—Dorothy Allison, author of Bastard out of Carolina and Cavedweller

"In Southern Perspectives on the Queer Movement, Sheila Morris has curated a gallery of queer activists' stories. If the SC Historical Commission ever casts around for some new figures for all the surplus bronze, this book has a hero for every platform."—Kate Clinton, feminist humorist, contributor to the Progressive and the Huffington Post

"Sheila Morris has edited a volume of essays that recover and expand on the southern contribution to the struggle for our people to find an identity in the South, where our adaptations to the culture landscape were many, varied, and sometimes dangerous. This is a vital book for anyone who wants to understand the shape of the gender movements of the last decades."—Jim Grimsley, author of Dream Boy and How I Shed My Skin

"Southern Perspectives on the Queer Movement is special. Really special. It's rare to find a collection of personal essays so rich and compelling, its contributors sharing the journeys that frequently took them into regions unknown but eventually lead them back home—to themselves, their loved ones, and their communities. What a wonderful book! Read it and celebrate!"—Robert H. Brinkmeyer, Jr., Institute for Southern Studies, University of South Carolina