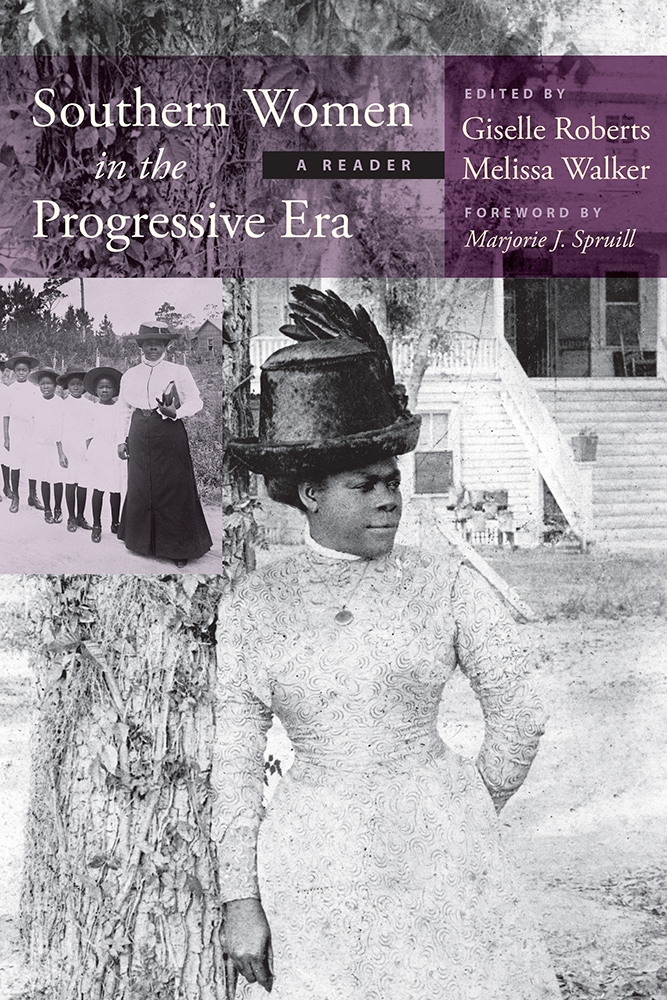 Southern Women in the Progressive Era

edited by Giselle Roberts and Melissa A. Walker
foreword by Marjorie J. Spruill

Riveting, revealing stories from women of all walks of southern life taking on the challenges of the Progressive Era

From the 1890s to the end of World War I, the reformers who called themselves progressives helped transform the United States, and many women filled their ranks. Through solo efforts and voluntary associations, both national and regional, women agitated for change, addressing issues such as poverty, suffrage, urban overcrowding, and public health. Southern Women in the Progressive Era presents the stories of a diverse group of southern women—African Americans, working-class women, teachers, nurses, and activists—in their own words, casting a fresh light on one of the most dynamic eras in U.S. history.

These women hailed from Virginia to Florida and from South Carolina to Texas and wrote in a variety of genres, from correspondence and speeches to bureaucratic reports, autobiographies, and editorials. Included in this volume, to name but a few of the selections, are the previously unpublished memoir of the civil rights activist Mary McLeod Bethune, who founded a school for black children; the correspondence of a textile worker, Anthelia Holt, whose musings to a friend reveal the day-to-day joys and hardships of mill-town life; the letters of the educator and agricultural field agent Henrietta Aiken Kelly, who attempted to introduce silk culture to southern farmers; and the speeches of the popular novelist Mary Johnson, who fought for women's voting rights. Always illuminating and often inspiring, each story highlights the part that regional identity—particularly race—played in health and education reform, suffrage campaigns, and women's club work.

Together these women's voices reveal the promise of the Progressive Era, as well as its limitations, as women sought to redefine their role as workers and citizens of the United States.


Giselle Roberts is an honorary research associate in history at La Trobe University, Melbourne, Australia. Her books include The Confederate Belle, The Correspondence of Sarah Morgan and Francis Warrington Dawson, and A New Southern Woman: The Correspondence of Eliza Lucy Irion Neilson, 1871–1883.

Melissa Walker is the Emerita George Dean Johnson, Jr., Professor of History at Converse College, Spartanburg, South Carolina. Her publications include All We Knew Was to Farm: Rural Women in the Upcountry South, 1919–1941; Southern Farmers and Their Stories: Memory and Meaning in Oral History; and Country Women Cope with Hard Times: A Collection of Oral Histories.

"Southern Women in the Progressive Era has an excellent fluidity between the primary source selections, which immediately engage the reader with the events and the main characters. The editors include an extensive forty-six pages of endnotes and index material from numerous archival collections, which creates a blueprint for future research opportunities to add to this growing scholarship. These primary sources, accented with photographs, have been blended together to detail the stories of personal tragedy, economic hardship, and personal conviction of these southern women and their regions. The editors and their contributors focus on retelling individual experiences as they relate to the interdependence between myth, ethnicity, and local history. Roberts and Walker provide a valuable addition to both southern and women's history, which illuminates the Progressive movement and the relationships that crossed and conflicted with societal norms and racial stereotypes."—Journal of Southern History