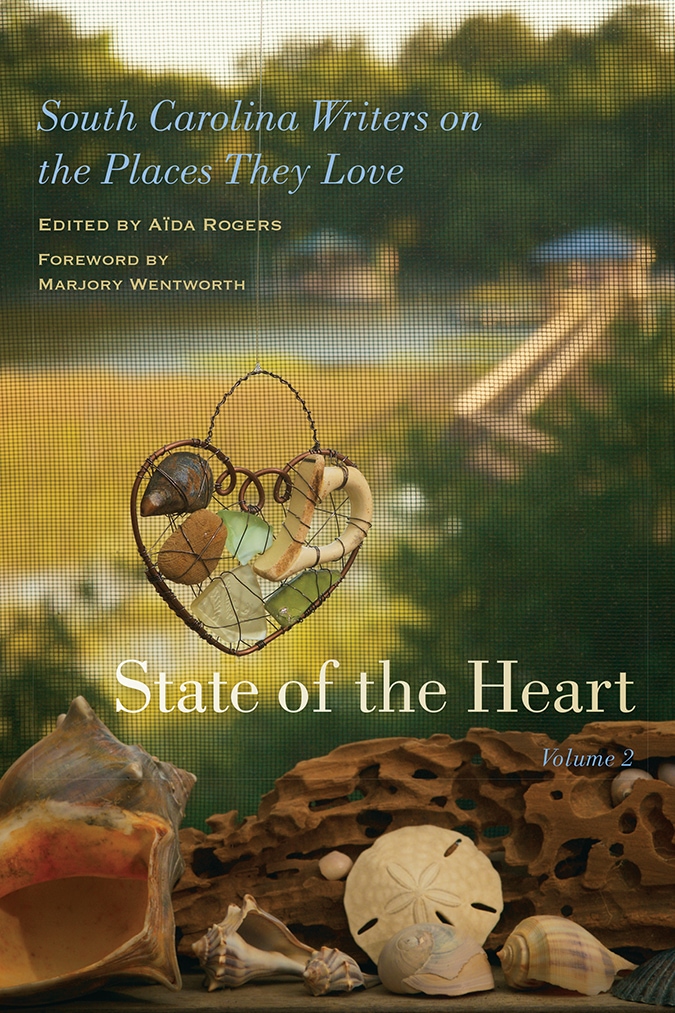 State of the Heart, Volume 2

South Carolina Writers on the Places They Love

South Carolina is a state of inspiration as well as recreation. Through its natural beauty, storied heritage, and curious character, the Palmetto State finds its way into the hearts and imaginations of every native, resident, and guest to set foot on its 32,000 square miles of soil. Continuing the format of the popular original, this second volume of State of the Heart: South Carolina Writers on the Places They Love celebrates and commemorates the connections that the accomplished contributors have found in the well-known and far-flung locations most dear to them. With companionable charm and storytellers' spirits, editor Aïda Rogers and the thirty-eight contributors invite you to amble across South Carolina with them for a chance to see the state as they have come to know it.

For writers beloved places can captivate, teach, comfort, and occasionally haunt. In this collection contributors reflect on their hometowns, the rivers and roads that marked their lives' journeys, and the maligned neighborhoods they transformed just by living and working in them. Family beach vacations, churches and churchyards, athletic arenas modest and grand, a mountain vista, a quiet pond, a city park, an old-time produce market, Lake Murray, Brookgreen Gardens—these are just a sampling of the nearly three dozen private and public places favored by this diverse group of writers of fiction, memoir, poetry, history, journalism, and more. Photographs, artwork, verse, and even a few recipes accompany the essays, bringing readers further into sharing the writers' experiences.

While State of the Heart is rooted in the landscape of South Carolina, readers from anywhere will relate to its universal themes of growing up and growing old, recognition of past mistakes, returned-to faith, the closeness of family and friends, honoring those who came before, and setting our collective sights on the promise of the future for cherished people and places.

Marjory Wentworth, South Carolina's poet laureate, provides the foreword to this collection, which includes her poem "One River, One Boat."


Aïda Rogers is a writer and editor whose feature journalism has won national and regional awards. She has worked in newspapers, television, and magazines. Rogers is the editor of State of the Heart: South Carolina Writers on the Places They Love, coeditor of Writing South Carolina: Selections from the First Annual High School Writing Contest, and coauthor of Stop Where the Parking Lot's Full, a guide to some of South Carolina's most beloved restaurants. She holds a B.A. degree in journalism from the University of South Carolina and lives in Columbia.

"What an amazing mix South Carolina is. She's a library where quick fun-read paperbacks press against solemn leather bound tomes, a family reunion with rich and poor and black and white, with our gracious plenty of everybody crowding around this homemade trestle table. One thing binds these essays. Each one is written from the heart."—William Baldwin, author of The Hard to Catch Mercy

"Aida Rogers has gathered a remarkable group of the Palmetto State's best writers and in her doing so State of the Heart gives readers a tour of South Carolina that transcends time and geography, capturing the immense but often conflicted soul of the state."—Ron Rash, author of Above the Waterfall

"Oh joy for the Lazy Traveler! The second volume of State of the Heart, visits with home-loving, stellar South Carolina writers, is even better than the first, rich as woods-dirt with deeply personal homages to ruined churches, haunted roads, beaches, eateries, odd critters and humanity—thoughtful, beautifully written, effortless exploration."—Dot Jackson