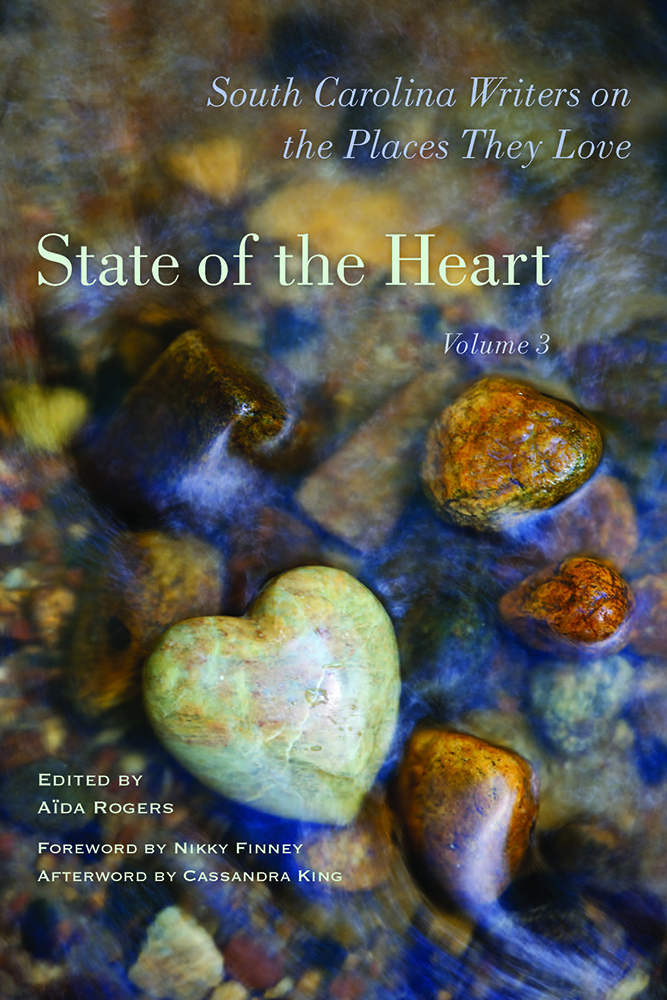 State of the Heart, Volume 3

South Carolina Writers on the Places They Love

For many, South Carolina is a sunny vacation destination. For those who have been lucky enough to call it home, it is a source of rich memories and cultural heritage. In this final volume of State of the Heart, thirty-eight nationally and regionally known writers share their personal stories about places in South Carolina that hold special meaning for them. While this is a book about place, it is ultimately about people's connections to one another, to a complex, common past, and to ongoing efforts to build a future of promise and possibility in the Palmetto state.

Nikky Finney, a South Carolina native and winner of the 2011 National Book Award for poetry, provides the foreword. The afterword is written by Cassandra King, author of six novels, including the New York Times best seller The Sunday Wife.

Listen to Aïda Rogers on the Library Voices SC podcast

Aïda Rogers is a writer and editor whose feature journalism has won national and regional awards. Her career has included work in newspapers, television, and magazines. Rogers is a coauthor of Stop Where the Parking Lot's Full, editor of volumes 1 and 2 of State of the Heart: South Carolina Writers on the Places They Love, and coeditor of volumes 1–4 of the Writing South Carolina series of books.