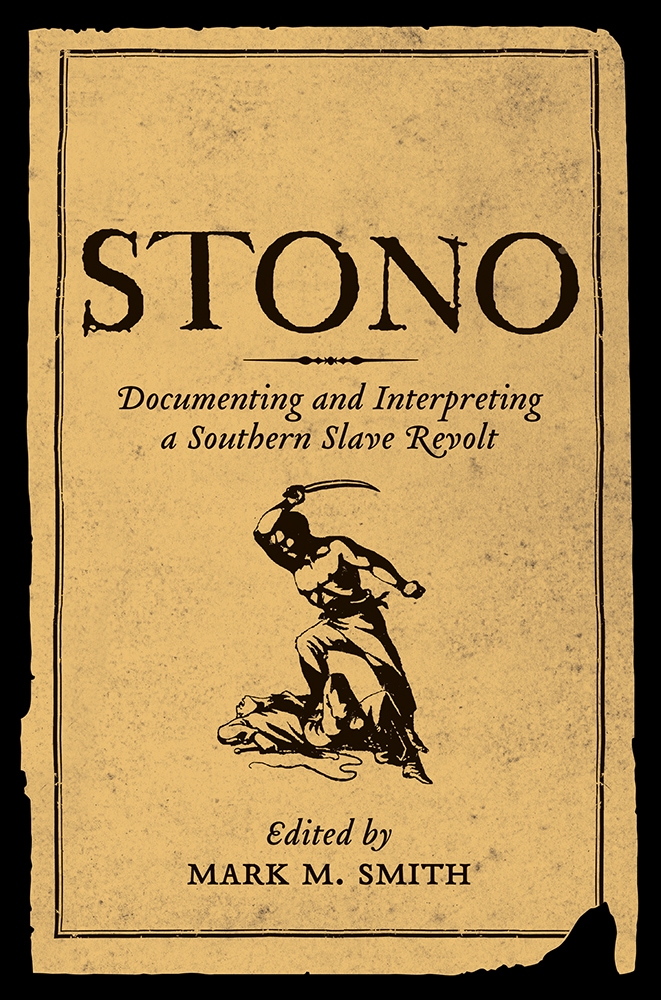 In the fall of 1739, as many as one hundred enslaved African and African Americans living within twenty miles of Charleston joined forces to strike down their white owners and march en masse toward Spanish Florida and freedom. More than sixty whites and thirty slaves died in the violence that followed. Among the most important slave revolts in colonial America, the Stono Rebellion also ranks as South Carolina's largest slave insurrection and one of the bloodiest uprisings in American history. Significant for the fear it cast among lowcountry slaveholders and for the repressive slave laws enacted in its wake, Stono continues to attract scholarly attention as a historical event worthy of study and reinterpretation.

Edited by Mark M. Smith, Stono: Documenting and Interpreting a Southern Slave Revolt introduces readers to the documents needed to understand both the revolt and the ongoing discussion among scholars about the legacy of the insurrection. Smith has assembled a compendium of materials necessary for an informed examination of the revolt. Primary documents-including some works previously unpublished and largely unknown even to specialists-offer accounts of the violence, discussions of Stono's impact on white sensibilities, and public records relating incidents of the uprising. To these primary sources Smith adds three divergent interpretations that expand on Peter H. Wood's pioneering study Black Majority: Negroes in Colonial South Carolina from 1670 through the Stono Rebellion. Excerpts from works by John K. Thornton, Edward A. Pearson, and Smith himself reveal how historians have used some of the same documents to construct radically different interpretations of the revolt's causes, meaning, and effects.


Mark M. Smith is Carolina Distinguished Professor of History at the University of South Carolina. He is the author of Mastered by the Clock: Time, Slavery, and Freedom in the American South, winner of the 1997 Avery O. Craven Prize of the Organization of American Historians. His other books include Debating Slavery: Economy and Society in the Antebellum American South, Listening to Nineteenth-Century America, and two edited collections, The Old South and Hearing History: A Reader.

"This enormously valuable collection of original documents, together with Mark Smith's incisive commentary, offers a timely and most welcome reappraisal of the origins and ramifications of the Stono Rebellion. This is a powerful, eloquent, and moving account of the most significant slave rebellion in Britain's mainland American colonies. It is a brilliant study, and one that will be required reading for students of the peoples of the colonial South Carolina lowcountry for many years to come."—Betty Wood, University of Cambridge

"We have come to expect much of Mark Smith, and he certainly does not disappoint in this brilliant collection of rare primary sources and essays by historians ranging from the classic to the cutting edge. He empowers us—students, professors, general readers—to be our own historians with splendid evidence and splendid models of how to make sense of the evidence."—Charles Joyner, Coastal Carolina University

"The story of a colonial South Carolina slave uprising, the only event of its kind on the British mainland, comes to us in fragments. This compelling volume gathers the scattered texts that record this violent event and the lasting impressions it made. Through these carefully selected readings, we can see its meanings shifting over time for early Americans and modern historians alike."—S. Max Edelson, University of Illinois at Urbana-Champaign

"This volume combines contemporary records of the Stono rebellion with essays by four leading scholars of the subject. The result is both a fascinating study of a crucial historical event and a useful example of how historians work and of historical practice as a method of active inquiry and informed speculation."—Robert Olwell, University of Texas at Austin