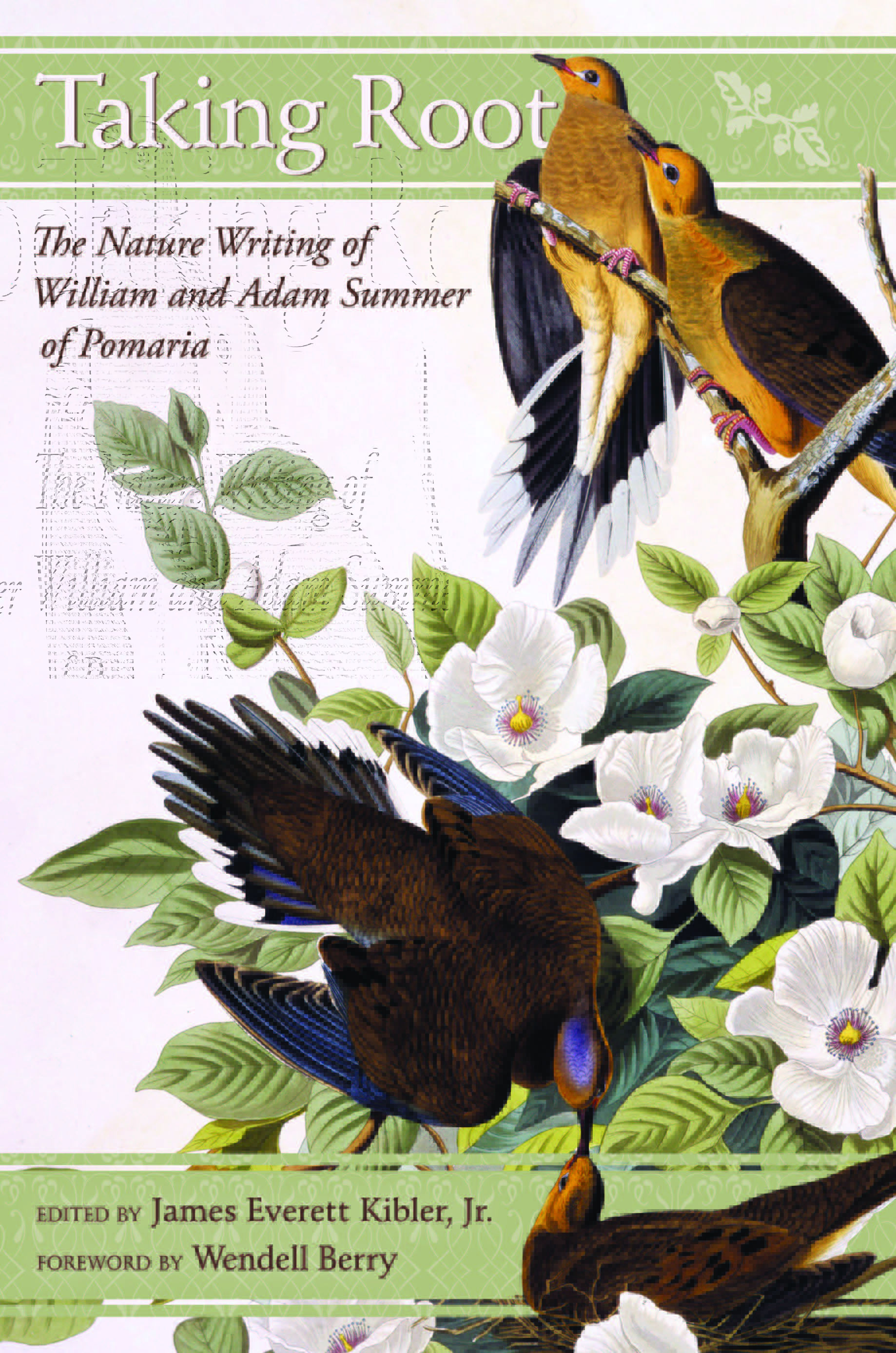 The Nature Writing of William and Adam Summer of Pomaria

William Summer founded the renowned Pomaria Nursery, which thrived from the 1840s to the 1870s in central South Carolina and became the center of a bustling town that today bears its name. The nursery grew into one of the most important American nurseries of the antebellum period, offering wide varieties of fruit trees and ornamentals to gardeners throughout the South. Summer also published catalogs containing well-selected and thoroughly tested varieties of plants and assisted his brother, Adam, in publishing several agricultural journals throughout the 1850s until 1862. In Taking Root, James Everett Kibler, Jr., collects for the first time the nature writing of William and Adam Summer, two of America's earliest environmental authors. Their essays on sustainable farm practices, reforestation, local food production, soil regeneration, and respect for Mother Earth have surprising relevance today.

The Summer brothers owned farms in Newberry and Lexington Counties, where they created veritable experimental stations for plants adapted to the southern climate. At its peak the nursery offered more than one thousand varieties of apples, pears, peaches, plums, figs, apricots, and grapes developed and chosen specifically for the southern climate, as well as offering an equal number of ornamentals, including four hundred varieties of repeat-blooming roses. The brothers experimented with and reported on sustainable farm practices, reforestation, land reclamation, soil regeneration, crop diversity rather than the prevalent cotton monoculture, and animal breeds accustomed to hot climates from Carolina to Central Florida.

Written over a span of two decades, their essays offer an impressive environmental ethic. By 1860 Adam had concluded that a person's treatment of nature is a moral issue. Sustainability and long-term goals, rather than get-rich-quick schemes, were key to this philosophy. The brothers' keen interest in literature is evident in the quality of their writing; their essays and sketches are always readable, sometimes poetic, and occasionally humorous and satiric. A representative sampling of their more-than-six hundred articles appear in this volume.


James Everett Kibler, Jr., is the author of five novels and a volume of poetry, Poems from Scorched Earth, all with environmental themes. His agrarian chronicle, Our Fathers' Fields, published by the University of South Carolina Press, won the Fellowship of Southern Writers Award for Nonfiction. Kibler has just completed a biography of Adam Summer and is editing William and Adam Summer's garden calendar.

"I first met James Kibler in 1993 through a hand-written letter and scholarly article he hoped to publish in Magnolia, the journal of the Southern Garden History Society, which I edited. While I knew little about Pomaria at the time, I was especially intrigued by William Summer—this passionate, poetic, and incredibly astute plantsman. Now, nearly a quarter century later, Kibler fully reveals William and Adam Summer and their remarkable, often lyrical contemplations on nature and their horticultural world."—Peggy Cornett, curator of plants at Monticello

"[Adam and William Summer] were farmers and students of farming, of crops and livestock, their knowledge both scientific and familiar. They were sound critics of farming and of human landscapes, their standards taken properly from the natural world and from Nature, the common mother of all us creatures, the Great Dame herself. By those standards they were strenuously indignant in the presence of any abuse of the land, and they were clearly in love with the works of Nature and of good farmers."—Wendell Berry, from the foreword

"Everyone engaged in the nineteenth-century gardening and horticultural history of the American South can be grateful that James Everett Kibler Jr. has made the study of Pomariathe nursery — and the plantation — and the lives of its proprietors his life's work."—Magnolia