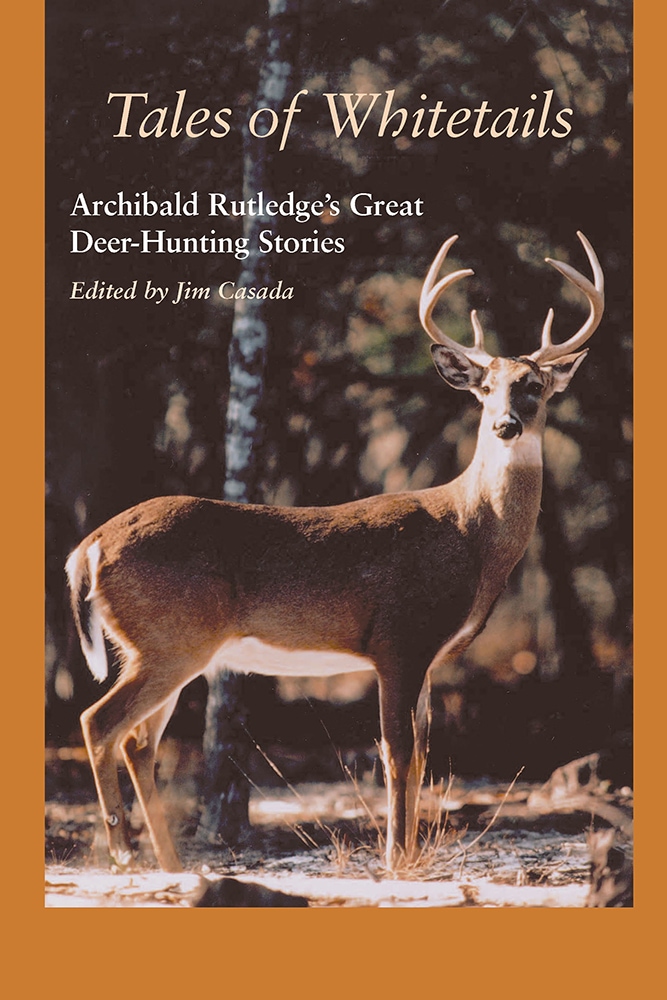 Archibald Rutledge—renowned outdoor writer, poet laureate, and authority on whitetails—is again returned to print in this stirring collection of thirty-five of his finest deer stories. Rutledge, who lived a rich life at Hampton Plantation in South Carolina, had a mystical attachment to deer that found fulfillment in hunting and writing. No American sporting writer has been more persuasive in capturing the myriad, and often elusive, meanings of the hunt.

According to editor Casada, Rutledge has an unrivaled knack for capturing the thrill of the chase, and his ability to set a scene is such that it places the reader squarely amidst the deep swamps, ridges of mixed pines and hardwoods, and dense thickets of palmetto and greenbrier. Rutledge considered deer, "that noble, elusive, crafty, wonderful denizen of the wilds," to be the wisest of the game animals. His firm belief was that there was "much more to hunting than hunting." He praised whitetails in poetry, found in them a basis for a sophisticated philosophy, and, most of all, immortalized the world of the hunter and the hunted in prose." Tales of Whitetails is the only book ever published devoted exclusively to Rutledge's deer tales.

Jim Casada received his Ph.D. from Vanderbilt University and is currently professor of history at Winthrop College. An award-winning outdoor writer, he serves on the staff of several national magazines, including Sporting Classics, North American Fisherman, and Deer & Deer Hunting.