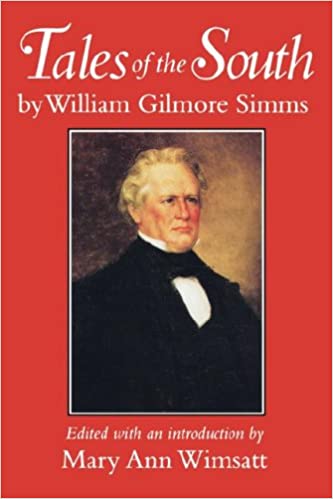 Tales of the South

Fourteen fanciful stories by a rediscovered luminary of Southern literature

William Gilmore Simms—a nineteenth-century American writer whose popularity once rivaled that of Edgar Allan Poe and Herman Melville—achieved his greatest notoriety for such widely read novels as Guy Rivers, The Yemasse, and The Partisan. He also penned an assortment of short stories that, though not nearly as well known, are now regarded by an expanding circle of critics as his most impressive body of work. With Tales of the South, Mary Ann Wimsatt assembles a representative sampling of Simm's short fiction and restores these classic tales to their rightful place in America's literary canon.

Deftly combining homey realism with fabulous flights of the tall tale, these fourteen stories offer intimate views of nineteenth-century work and domesticity as well as guided forays into the legends, superstitions, and folk experiences that circulated through all classes and races of antebellum society. Simms's sprightly, highly imaginative narratives reflect his ties to British and American romanticism, genius for frontier humor, and keen interest in Native American culture.

Wimsatt's introduction to the stories includes an exploration of the various contexts—biographical, historical, economic, and literary—from which Simms's short fiction emerged, an evaluation of the changing literary fashions that relegated his work to the margins of postbellum popularity, and an assessment of the current resurgence of interest in Simms and his literary achievements.


Mary Ann Wimsatt is McClintock Professor of Southern Letters at the University of South Carolina and author of The Major Fiction of William Gilmore Simms: Cultural and Literary Form.

"Wimsatt is one of the foremost students of Simms now living. She has made an excellent selection of Simm's tales, introduced them expertly and sympathetically, and thereby has contributed significantly to the availability of an important part of the Simms canon."—Rayburn S. Moore, University of Georgia