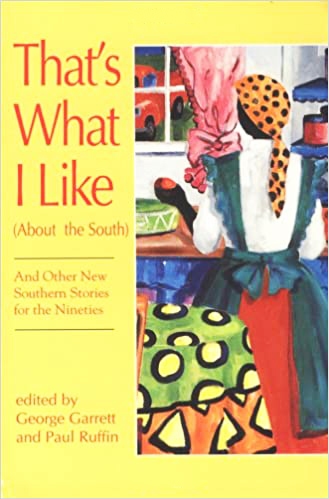 "Southern Fiction is alive and kicking and going off in all kinds of directions as this old century stagers to an end." To prove their audacious pronouncement, George Garrett and Paul Ruffin have assembled thirty-one stories representing the best of recent Southern fiction. These stories weave together themes that underscore what being Southern is all about: the retelling of the past, the uncertainty of the future, the haunting presence of racial guilt, the inescapable influence of family—for better or worse, the struggle for survival, and the tragedy and humor of Southern life.

Born of a Texas Review competition to honor outstanding new writing, the collection snowballed as Garrett and Ruffin realized Southern fiction of the 1990s merits a gathering all its own. Contributors hail from nearly every Southern state; their subjects span the world; their style fit no defined formulas; their works both praise and parody the literary legacy of their forebears. Some writers are well known while others are virtually unknown. Unified by excellence as much as by region, these works comprise the most representative and entertaining collection of short Southern fiction to be published in decades.

George Garrett is Henry Hoyns Professor of Creative Writing at the University of Virginia. The Sorrows of Fat City is one of Garrett's most recent books.

Paul Ruffin is founding editor of the Texas Review, professor of English at Sam Houston State University, and member of the Texas Institute of Letters.

"From high art to high jinx, this remarkable collection of short stories gives further evidence of the continuing vitality, and centrality, of regional culture in America."—David R. Slavitt, author of Lives of the Saints

"Enough to make even the crankiest of Northerners wish they were Southern."—Kit Reed, author of Thief of Lives

"To call this literature regional is to sell it short; it's national in scope."—Nicholas Delbanco, author of Running in Place: Scenes from the South of France