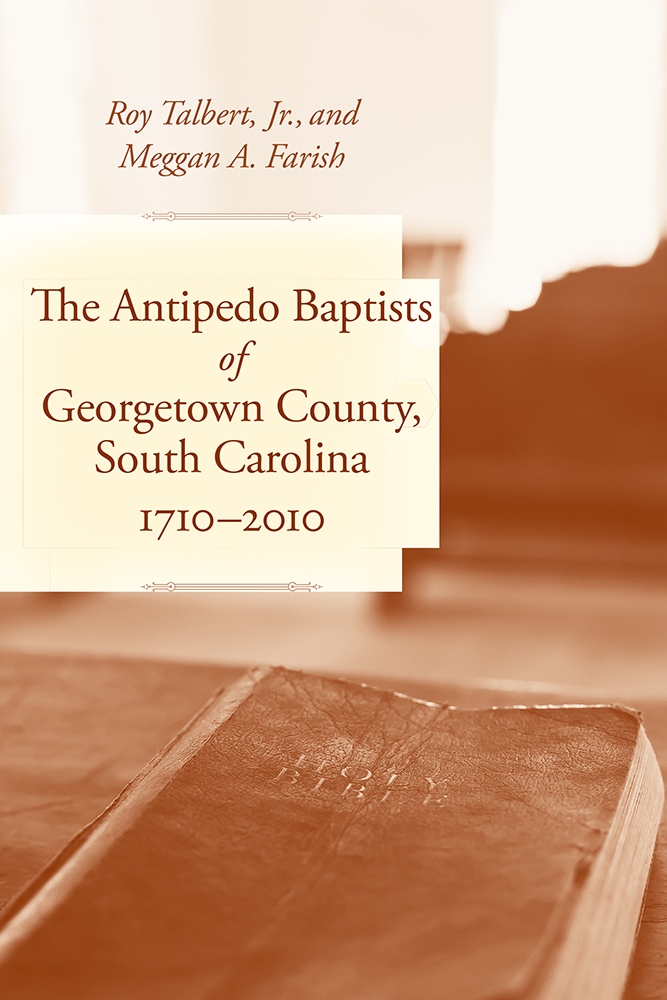 Screven established the First Baptist Church in Charleston in the 1690s before moving to Georgetown in 1710. His son Elisha laid out the town in 1734 and helped found an interdenominational meeting house on the Black River, where the Baptists worshipped until a proper edifice was constructed in Georgetown: the Antipedo Baptist Church, named for the congregation's opposition to infant baptism.

Three of the most recognized figures in southern Baptist history—Oliver Hart, Richard Furman, and Edmond Botsford—played vital roles in keeping the Georgetown church alive through the American Revolution. The nineteenth century was particularly trying for the Georgetown Baptists, and the church came very close to shutting its doors on several occasions. The authors reveal that for most of the nineteenth century a majority of church members were African American slaves.

Not until World War II did Georgetown witness any real growth. Since then the congregation has blossomed into one of the largest churches in the convention and rightfully occupies an important place in the history of the Baptist denomination. The Antipedo Baptists of Georgetown is an invaluable contribution to southern religious history as well as the history of race relations before and after the Civil War in the American South.


Roy Talbert, Jr., is a professor of history at Coastal Carolina University, where he has taught since 1979. Talbert's publications include FDR's Utopian: Arthur Morgan of the TVA, which led to his appearance on the History Channel, and the award-winning Negative Intelligence: The Army and the American Left, 1917–1941. He is also the author of Coastal Carolina University: The First 50 Years and So Much To Be Thankful For and coeditor with Meggan A. Farish of The Journal of Peter Horry, South Carolinian: Recording the New Republic, 1812–1814 (University of South Carolina Press).

Meggan A. Farish is a graduate of Coastal Carolina University and a history doctoral candidate at Duke University. Farish was a research assistant for the Waccamaw Center for Cultural and Historical Studies and an archives processor at the South Caroliniana Library at the University of South Carolina.

". . . this work is a valuable testament to a church with a rich history even in its poor beginnings."—The Journal of Southern History

"This is local history at its best—carefully researched, well written, and filled with texture, color, and interest."—David Shi, tenth president of Furman University and author of America: A Narrative History

"This in-depth examination of the Antipedo Baptists of Georgetown is not merely an institutional history. In their extensive examination of this denomination, Talbert and Farish illuminate the deeply intertwined and ever evolving relationship between religion and culture, an aspect of southern history that cannot be ignored. Moreover, the role of African Americans in the church is a central thread of the book—from slavery to freedom. This is a fresh and thoughtful contribution to any study of Southern religion and culture."—Orville Vernon Burton, Creativity Professor of Humanities, Clemson University, and author, The Age of Lincoln