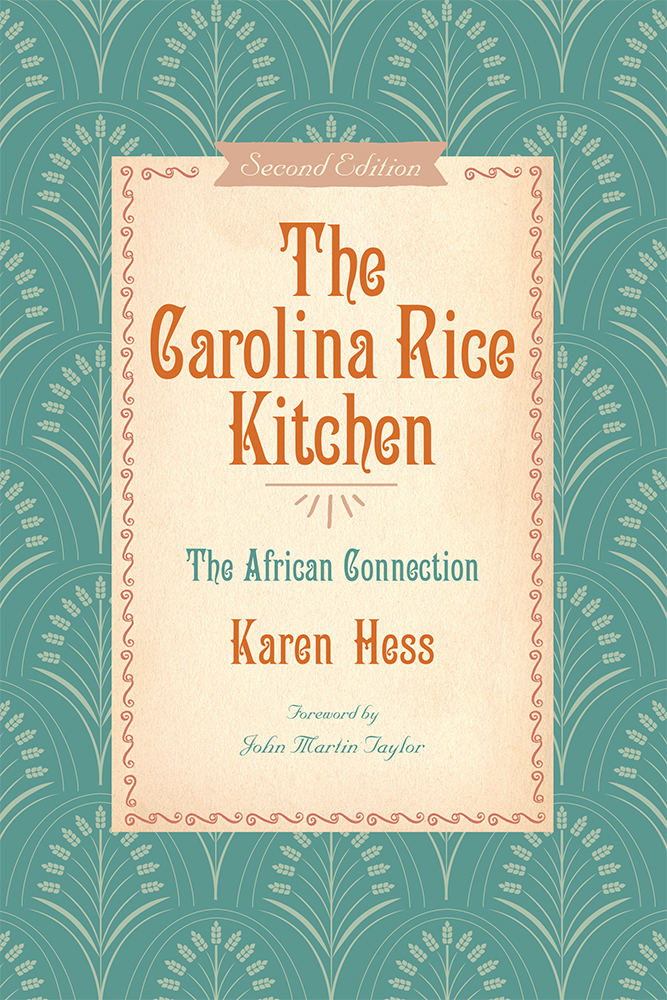 A pioneering history of the Carolina rice kitchen

The rice kitchen of Carolina was the result of myriad influences—Persian, Arab, French, English, and African—but it was primarily the creation of enslaved African American cooks. And it evolved around the use of Carolina Gold. The ancient way of cooking rice, developed in India and Africa, became the Carolina way. Carolina Gold rice was so esteemed that its very name became a generic term in much of the world for the finest long-grain rice obtainable.

This engaging book is packed with fascinating historical details and speculations, as well as more than three hundred recipes and a facsimile of the Carolina Rice Cook Book from 1901. A new foreword by John Martin Taylor underscores Hess's legacy as a culinary historian and the successful revival of Carolina Gold rice since the book was first published.


Karen Hess (1918–2007) was an accomplished culinary historian and author and editor of numerous books. She was once called "the best American cook in Paris" by Newsweek.

""The author calls this work a hymn of praise for the Africans enslaved and brought to South Carolina to clear the cypress swamps and plant and tend rice crops. But she's too modest. It's more of a symphony than a hymn.""—The [Baltimore] Sun