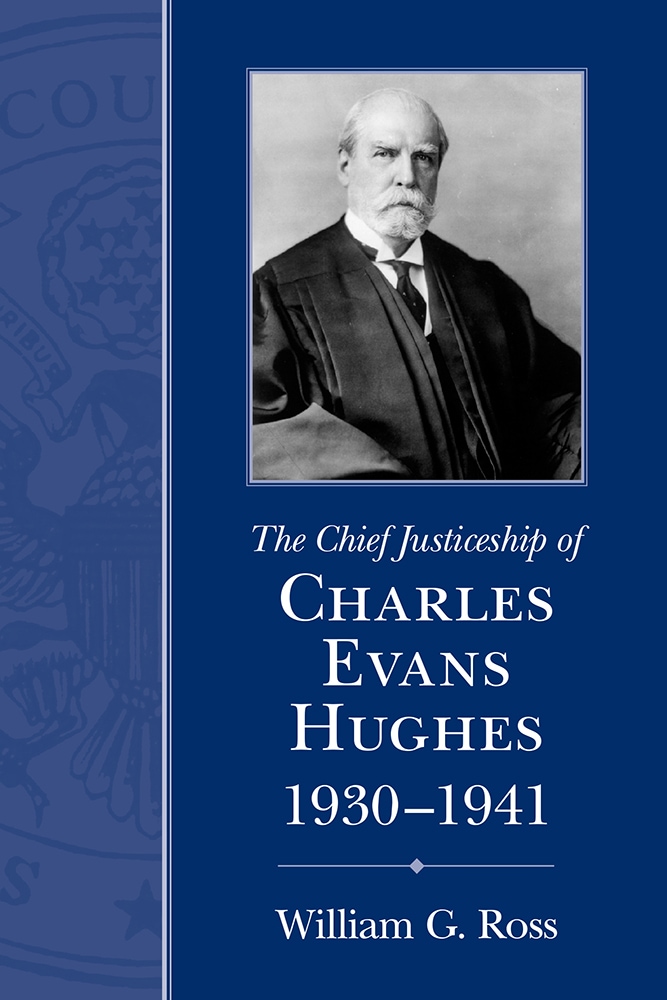 During the 1930s the U.S. Supreme Court abandoned its longtime function as an arbiter of economic regulation and assumed its modern role as a guardian of personal liberties. William G. Ross analyzes this turbulent period of constitutional transition and the leadership of one of its central participants in The Chief Justiceship of Charles Evans Hughes, 1930-1941. Tapping into a broad array of primary and secondary sources, Ross explores the complex interaction between the court and the political, economic, and cultural forces that transformed the nation during the Great Depression.

Written with an appreciation for both the legal and historical contexts, this comprehensive volume explores how the Hughes Court removed constitutional impediments to the development of the administrative state by relaxing restrictions previously invoked to nullify federal and state economic regulatory legislation. Ross maps the expansion of safeguards for freedoms of speech, press, and religion and the extension of rights of criminal defendants and racial minorities. Ross holds that the Hughes Court's germinal decisions championing the rights of African Americans helped to lay the legal foundations for the civil rights movement.

Throughout his study Ross emphasizes how Chief Justice Hughes's brilliant administrative abilities and political acumen helped to preserve the Court's power and prestige during a period when the body's rulings were viewed as intensely controversial. Ross concludes that on balance the Hughes Court's decisions were more evolutionary than revolutionary but that the court also reflected the influence of the social changes of the era, especially after the appointment of justices who espoused the New Deal values of President Franklin Delano Roosevelt.


William G. Ross is a professor of law at the Cumberland School of Law at Samford University in Birmingham, Alabama. A graduate of Stanford University and Harvard Law School, he practiced law in New York City for nine years and has served as a visiting professor of law at Notre Dame University and Florida State University. His books include A Muted Fury: Populists, Progressives, and Labor Unions Confront the Courts, 1890–1937; Forging New Freedoms: Nativism, Education, and the Constitution, 1917–1927; and The Honest Hour: The Ethics of Time-Based Billing by Attorneys.

"Charles Evans Hughes served as Chief Justice of the United States Supreme Court during one of the most critical periods in the history of the Court and the nation. In this carefully researched book, William G. Ross adds depth and complexity to our understanding of both Hughes and the Court that he led. Ross also provides fresh insight into the question of the extent and nature of the constitutional change of the 1930s that resulted in what Ross appropriately describes as 'the first modern Court.'"—Davison M. Douglas, William and Mary School of Law