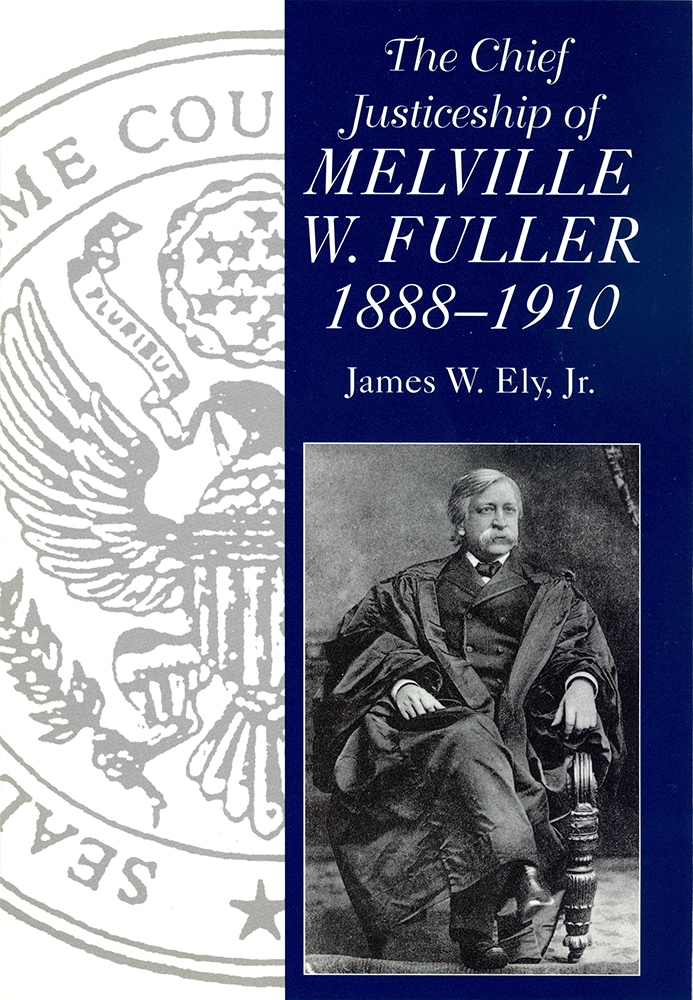 The safeguarding of economic rights during Fuller's tenure

In this comprehensive interpretation of the Supreme Court during the pivotal tenure of Melville W. Fuller, James W. Ely Jr., provides a judicial biography of the man who led the Court from 1888 until 1910 as well as a comprehensive and thoughtful analysis of the jurisprudence dispensed under his leadership. Highlighting Fuller's skills as a judicial administrator, Ely argues that a commitment to economic liberty, the security of private property, limited government, and states' rights guided Fuller and his colleagues in their treatment of constitutional issues.

Ely directly challenges the conventional idea that the Fuller Court adopted laissez-faire principles in order to serve the needs of business. Rather Ely presents the Supreme Court's efforts to safeguard economic rights not as a single-minded devotion to corporate interests but as a fulfillment of the propertyconscious values that shaped the constitution-making process in 1787. The resulting study illuminates a range of related legal issues, including the Supreme Court's handling of race relations, criminal justice, governmental authority, and private law disputes.


James W. Ely Jr. is the Milton R. Underwood Professor of Law emeritus and a professor of history emeritus at Vanderbilt University. He is the author or editor of sixteen books, including The Guardian of Every Other Right: A Constitutional History of Property Rights, Railroads and American Law, The Oxford Companion to the Supreme Court of the United States, and The Bill of Rights in Modern America.