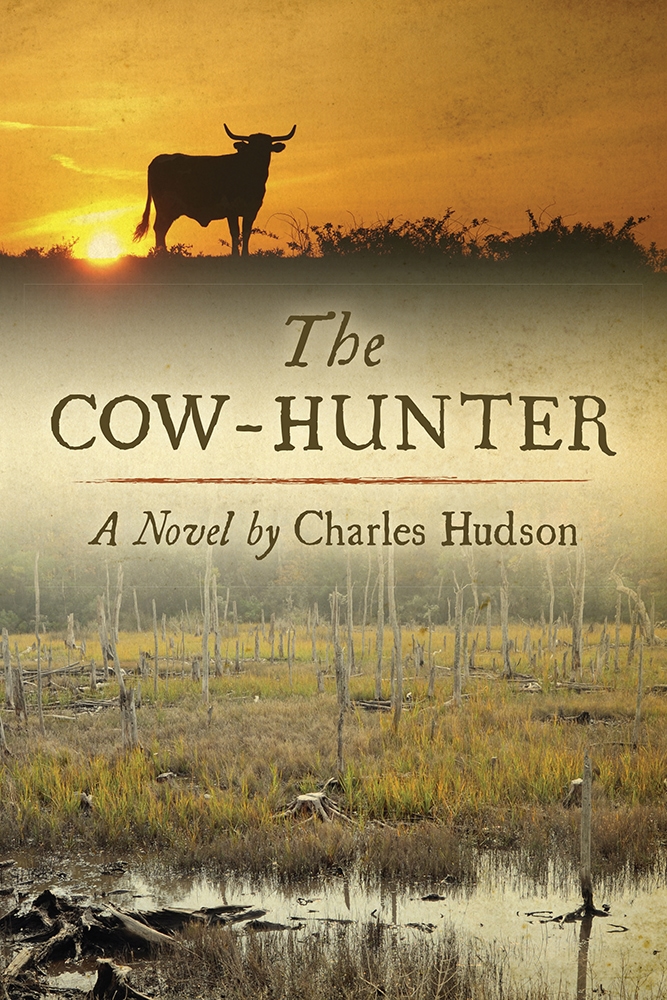 Vividly set in the rich pluralistic culture and primeval landscape of colonial South Carolina, this historical novel brings to life, and back into our memory, the birth of free-range cattle herding that would later come to be associated exclusively with the American West. Drawing on his accomplished career as a leading scholar of the anthropology and history of the early South, Charles Hudson weaves a compelling tale of adventure and love in the colorful tapestry of Charles Town taverns, backcountry trails, pinewoods cattle ranges, hidden villages of remnant native peoples, river highways, rice plantations, and more.

Hudson's narrative revolves around William MacGregor, a young Scottish immigrant trying to establish himself in the New World. A lover of philosophy and Shakespeare, William is penniless, which leads him to take work as a cow-hunter (colonial cowboy) for a pinder (colonial rancher) of a cowpen (colonial ranch) in the Carolina backcountry.

The pinder, an older man with three daughters, sees his world unraveling as he ages. The parallel to King Lear does not escape William, who gets caught up in the family drama as he falls in love with the pinder's youngest daughter. Except for the boss of his crew, who is the pinder's son-in-law, William's fellow cow-hunters are slaves: an old Indian captured in Spanish Florida, a Fulani captured in Africa, and two brothers, half-Indian and half-African, who were born into slavery in the New World. A rogue bull adds a chilling element of danger, and the romance is complicated by a rivalry with a wealthy rice planter's son. William struggles to salvage something from the increasingly disastrous situation, and the King Lear-like dissolution of the cowpen proceeds apace as the story heads toward its conclusion.


Charles Hudson (1932-2013) was the Franklin Professor of Anthropology and History at the University of Georgia before retiring in 2000. He was the author of many scholarly books, including The Southeastern Indians; Knights of Spain, Warriors of the Sun: Hernando de Soto and the South's Ancient Chiefdoms; and Conversations with the High Priest of Coosa, and co-editor of An Early and Strong Sympathy: The Indian Writings of William Gilmore Simms. He was also the author of the historical novel, The Packhorseman.

"With an ethnohistorian's attention to context and detail, Charles Hudson has written a compelling novel about the eighteenth-century Carolina backcountry and its memorable characters, the likes of whom the documentary record rarely reveals."—Theda Perdue, professor emerita of history, University of North Carolina-Chapel Hill

"Whether trudging through the dismal swamps, riding through the solitary longleaf forest, or just hanging out at the cowpen, Hudson renders the life of an eighteenth-century Southern cow hunter's life palatable and real. With a true sense of place and time, Hudson brings the little-known colonial South Carolina backcountry to spectacular life."—Robbie Ethridge, professor of anthropology, The University of Mississippi

"Expertly written from first page to last, "The Cow-Hunter" documents Charles Hudson as a master storyteller and a compelling novelist whose attention to historical detail brings authenticity to a fictional entertainment. A compelling and entertaining read from beginning to end, "The Cow-Hunter" is very highly recommended for western adventure enthusiasts and community library collections."—Jack Mason, The Midwest Book Review