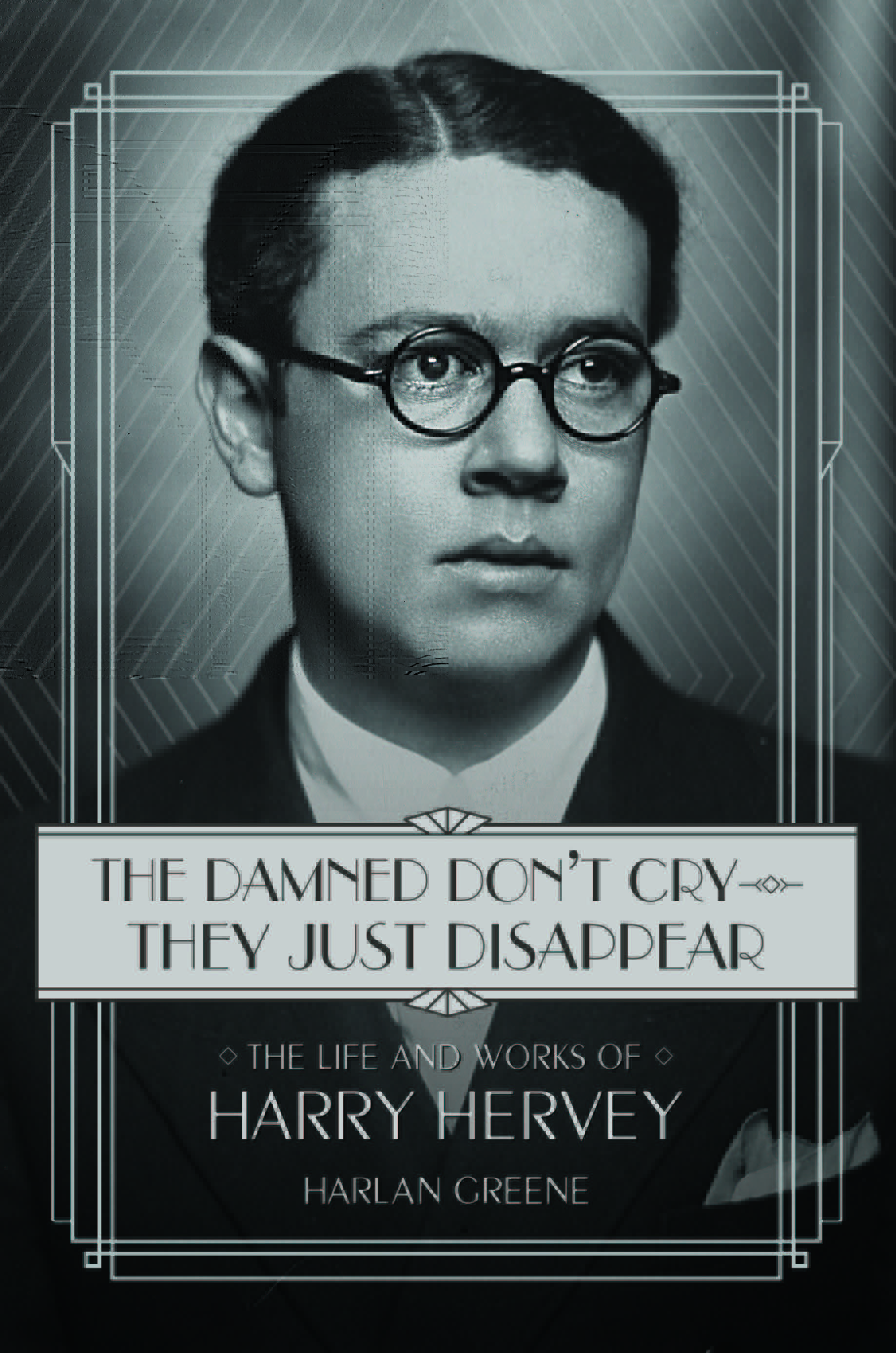 The Life and Works of Harry Hervey

In The Damned Don't Cry—They Just Disappear, literary historian and Lamba Award-winning novelist Harlan Greene has created a portrait of a nearly forgotten southern writer, unearthing information from archives, rare books, film libraries,and small-town newspapers. Greene brings Harry Hervey (1900-1951) to life and explicates his works to reveal him as a hardworking writer and master of many genres, bravely unwilling to conform to conventional values.

As Greene illustrates, Hervey's novels, short stories, nonfiction books, and film scripts contain complex mixtures of history and thinly disguised homoerotic situations and themes. They blend local color, naturalism, melodrama, and psychological and sexual truths that provide a view to the circles in which he moved. Living openly with his male lover in Savannah, Georgia, and Charleston, South Carolina, Hervey set novels in these cities that scandalized the locals and critics as well. He challenged the sexual mores of his day, sometimes subtly and at other times brazenly presenting texts that told one story to gay male readers, while still courting a mainstream audience. His novels and nonfiction may have been coded and thus escaped detection in their day, but twenty-first century readers can decipher them easily.

Greene also discusses Hervey's travel books and successful Hollywood scriptwriting, as well as his use of exotic elements from Asian cultures. The iconic film Shanghai Express, starring Marlene Dietrich, was based on one of his original stories. He also wrote some of the first travel books on Indochina, with descriptions of male and female prostitution and allusions to his own sexual adventures, which still make for sensational reading today.

Despite Hervey's output and his perseverance in presenting gay characters and themes as openly as he could, he has not been included in any survey of twentieth-century gay writers. Greene now rectifies this omission, providing the first book-length study of Hervey's life and work and the first scholarly attention to him in more than fifty years. It furthers our understanding of gay life in the South, as well as the impact of gay artists on popular culture in the first half of the twentieth century.


Harlan Greene is the author of the novels Why We Never Danced the Charleston, What the Dead Remember, and The German Officer's Boy. His nonfiction books and essays cover literary, African American, Jewish, gay, and South Carolina lowcountry topics. Now the head of the College of Charleston's Addlestone Library, he has been affiliated with the Avery Research Center for African American History and Culture, the Charleston County Public Library, the North Carolina Preservation Consortium, and the South Carolina Historical Society. He lives in his native city of Charleston, South Carolina, with his partner, Jonathan Ray.

"Harlan Greene's biography is the first book to thoroughly assess Hervey's early short fiction, novels, and the impromptu voyages to Asia that inspired them; it is also the first to acknowledge his swishy influence on Golden Age screenwritting."—Gertrude Press

"Greene is helping reshape how history is read and understood, allowing for a much-needed rediscovery of the gay authors from the past who were brave enough to travel down the 'blue road of romance'"—Journal of Southern History