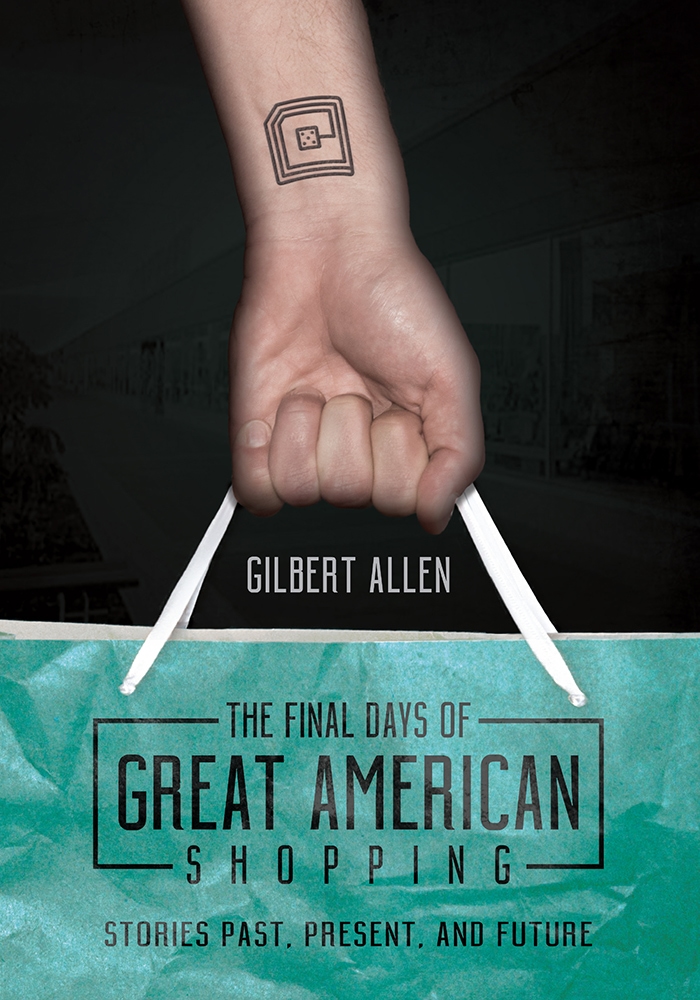 Stories Past, Present, and Future

An affectionate satire of the culture of self-indulgence, The Final Days of Great American Shopping exposes the American obsessions with money, mass marketing, and material objects. In Belladonna, a gated subdivision in upstate South Carolina, readers meet acolorful cast of characters doing their best to buy happiness in a series of sixteen closely linked stories from the past, present, and future. Whether speed dating, test driving cars, upsizing to dream houses, flying helicopters, or lusting after designer shoes, these small-town spenders have good intentions that often go hilariously awry as they search for emotional and spiritual comfort.

Gilbert Allen is a master at character development and the individuals in this collection are no exception. Among them are the childless, emotionally distant couple Butler and Marjory Breedlove; the harried appliance salesman John Beegle and his precocious, pole-dancing daughter Alison; and the one-handed soccer wunderkind Amy Knobloch. Also featured are Ted Dickey the mastermind of the Mental Defectives self-help book series and the undefeated Speed Dating Champion of the World; Jimmy Scheetz, the pragmatic philanthropist behind Ecumenical Bedding; Ruthella Anderson, a retired first-grade teacher addicted to Star Trek and to extreme couponing; and the mysterious Gabriella, an aging Italian beauty who presides over Doumi Shoes.

Arranged chronologically, the stories span nearly a century. While most are set in the recent past or in the immediate future, the book's title story is set in 2084. It depicts a dystopian shopping mall worthy of George Orwell, John Cheever, or Flannery O'Connor, and raises the question, "Can America survive international terrorism, ecological apocalypse, and demographic disaster to morph triumphantly into the USAARP?"

Gilbert Allen is the author of six collections of poems, most recently Catma. He received the Robert Penn Warren Prize in Poetry from the Southern Review in 2007 and a Special Mention for fiction in Pushcart Prize XXXVII. He was inducted into the South Carolina Academy of Authors in 2014. A longtime resident of upstate South Carolina, Allen is the Bennette E. Geer Professor of Literature Emeritus at Furman University. The Final Days of Great American Shopping is his first book of prose fiction.

"The Final Days of Great American Shopping, a collection of short stories, is intelligent, nuanced, poignant and distressing."—Southern Literary Review

"In this exciting new collection Gilbert Allen looks at our society from a special angle of wit, relish, and surprise. The stories present a world at once distorted and familiar, of marriage, family, and an inter-connected community across the generations, exposing our culture of consumption and the retail sublime as no one else has. Sentence by sentence and page by page, the stories delight and make us laugh, and through the laughter we see reflections of ourselves in the craziest and most unexpected places."—Robert Morgan, author of Gap Creek

"Whoever could convey the disconnected psyche of Southern innocence, (sort of), better than Yankee-born Gil Allen? Happily, Gil's at his prime, in gated, material-obsessed Belladonna, observing neighbor-terrorizing Autogyro rider John Beegle, and Jorja Sorensen, sculptor of the state-appointed Town Welcome Art, a cement embryo called The Greetus, and Butler Breedlove, who (thanks to Big Pharma) will still be shopping in 2084. Purely wonderful."—Dot Jackson, author of Refuge

"The Final Days of Great American Shopping is a delightful collection whose interrelated stories give the pleasure of a novel. Allen has a wicked sense of the absurdity of modern life, but there is poignancy in these pages as well, which makes this book all the more exceptional."—Ron Rash, author of Above the Waterfall

"In his wonderfully imaginative and playful The Final Days of Great American Shopping, Gil Allen summons the suburbia of John Cheever, the wackiness of Donald Barthelme, and the vision of George Saunders. Here is a collection of stories to admire: quirky, insightful, and tragicomic. First-rate."—George Singleton, author of Calloustown