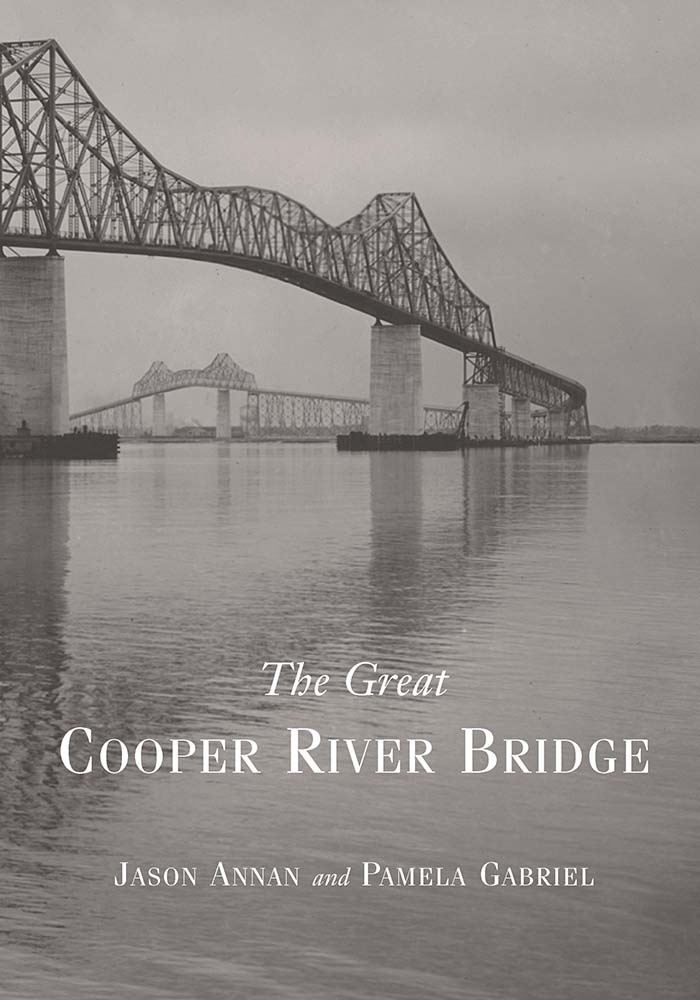 On a hot summer day in 1929, the citizens of Charleston, South Carolina, participated in one of the largest celebrations in the city's history—the opening of the Cooper River Bridge. After years of quarrels, financial obstructions, and political dogfights, the great bridge was completed, and for the first time, Charleston had a direct link to the north. From the doldrums of the Depression to the growth of the 1990s, the Cooper River Bridge played a vital role in Charleston's transformation from an impoverished, isolated city to a vibrant and prosperous metropolis.

Now obsolete and no longer adequately serving the needs of the Charleston area, the "old" Cooper River Bridge, and the "new" Silas N. Pearman Bridge—the Cooper River Bridge's larger sister structure, erected in 1966—will be replaced. Funding, design, and construction are presently underway to replace the old structure with a single, modern bridge. The two original bridges have become true emblems of Charleston, much like the Eiffel Tower of Paris or the Golden Gate Bridge of San Francisco. With their removal, Charleston will lose two of its most significant landmarks.

This vast change in the city's skyline is sure to evoke memories from Charlestonians and visitors who have developed a special relationship with the old bridge. In addition to these reminiscences, the Cooper River Bridge has its own story—one of ambitious men and their dreams of profit, and of a city's dreams of prosperity. Upon its completion, the Cooper River Bridge was a grand symbol of Charleston's vision for the future, and the bridge recalls many significant themes in the modern history of the city.

The Great Cooper River Bridge provides the complete history of this architectural icon, exploring how early twentieth-century Charleston helped shape the bridge, and how the bridge subsequently shaped the city. With more than eighty photographs, this illustrated volume documents a remarkable engineering feat and a distinctive structure before it becomes a memory.

Pamela Gabriel earned a B.A. in art history from the College of Charleston and is currently working on two additional books about Charleston. She lives in Mount Pleasant, South Carolina.

"The Great Cooper River Bridge is a most interesting history of a most ambitious undertaking. The construction of the Cooper River Bridge changed the lowcountry of South Carolina forever. Its construction is a wonderful story of a progressive community's vision that became a reality. In a most readable way this book documents an important story in the history of South Carolina."—Joseph P. Riley, Jr., mayor, City of Charleston